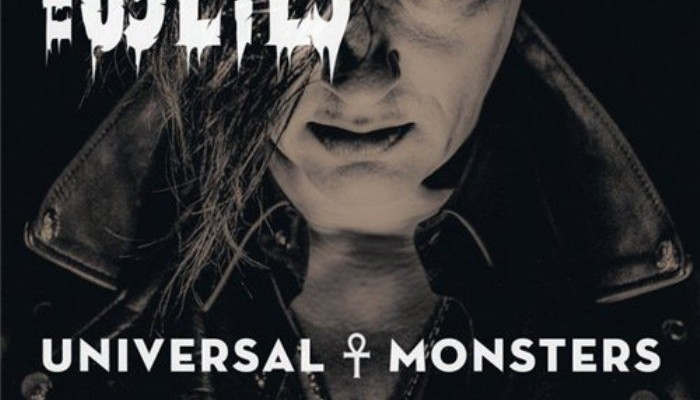 The Helsinki Vampires are back! The 69 Eyes, the Finnish hard rock/heavy metal band with a heavy dose of goth or in their own words “goth ‘n’ roll” just released Universal Monsters. They’ve worked on album number 12 with producer Johnny Lee Michaels just like the album duo Devils and Angels and classic 69 albums Blessed Be and Paris Kills. The release has been teased having a sound that is basically what could’ve come right after Paris Kills.

Dolce Vita drags you immediately into the album with some killer hard rock riffs that’ll peak your interest. When Jyrki 69‘s deep tombstone voice shows up you know you’re in for a good 45 minute goth rock experience The 69 Eyes are so well-known and loved for. I have to say though, compared to most of their older work, he put more variation in his vocals and somehow I find myself think of Iggy Pop often when hearing Jyrki. Especially in the songs Lady Darkness and Jerusalem their voices are very similar. Also Elvis Presley, Billy Idol or even David Bowie are passing by in some ways.

Overall on this record you can find hard rock songs, more catchy bluesy songs and some romantic slow songs. It’s like a tribute to everything they did in the past, but with all of their -27!- years of experience made even better. In almost every song there are little treats hidden that makes the complete picture even more sweet. To give some examples, you can find accordion in Miss Pastis and a Middle Eastern hymn at the end of Jerusalem that is perfectly paired with Jyrki‘s lines. In Shallow Graves you can hear several samples that are easily recognizable as the sounds of digging graves, rain and the doors of a hearse to add to the creepy doomy vibe.

Every single song will strike a chord with longtime fans, even the one song that sort of sticks out by being way different: Rock ‘n’ Roll Junkie. This song is more of a look back to the glam and sleaze rock period of their first records before they added the heavy touch of goth. It’s a really fun and uplifting song that maybe you wouldn’t expect from them and that will most likely cause a small party to break out when playing it at live shows. The opening riffs and the bluesy, groovy sound even made me think a bit of more up-tempo Rolling Stones‘ songs, this could light up a whole stadium in my humble opinion.

That The 69 Eyes is a hardworking band with eye for detail is ever so clear when you get the physical CD in your hands. They worked together with Ville Juurikkala to work out the artwork in such a way that it just adds to the whole experience. When you take the booklet out, you can refold it in such a way that you can pick any of the 5 band members to be the front cover. They’ve all been photographed and portrayed in the classical ‘universal monsters’ style by Ville. An awesome concept I must say, not many bands put this much effort in their booklets anymore.

Fans of The 69 Eyes can really just buy Universal Monsters without any doubt. This is them on top of their game, there’s no one else like this and they only seem to improve with the years passing by. If you weren’t a big fan of the really doomy vibe of some of their past work, I’d advice you to give Universal Monsters a try still. Somehow they managed to get even more catchy than before. 8,5/10