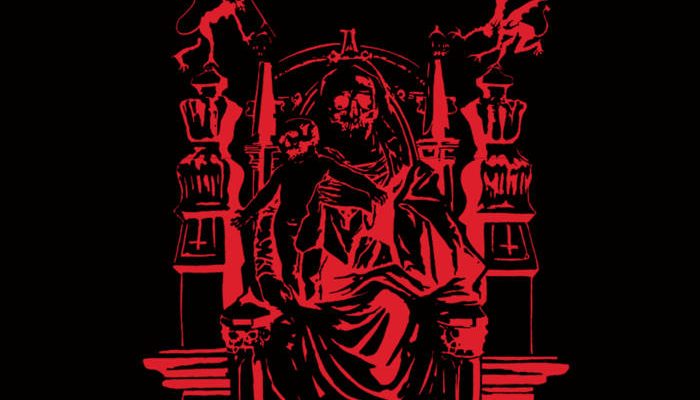 Abysmal Lord are a blackened death metal (war metal) band from New Orleans, Louisiana U.S.A. that became active in the year 2013 and released their EP “Storms of Unholy Black Mass” a year after they formed. The band who consists of members from Grave Ritual debuted the first studio album “Disciples of the Inferno” in 2015 and made a name for themselves in the underground metal scene. Abysmal Lord embodies the ugly and the raw sound of war metal by combining the primitive and the fundamental style of late 80’s. This war metal outfit burrows the characteristics of the Canadian blackened death metal band Blasphemy who have inspired many bands with their all classical albums “Fallen Angels of Doom” and “Gods of War”.

Around that time Blasphemy were considered as the originators and the forefronts of the war metal. The extreme take of this sub-genre was also elaborate by many others acts such as Impiety, Sarcofago and Bestial Warlust. The second evolution of war metal bands was exemplified and overtaken by the U.S.A, New Zealand, Spanish and Finnish bands. Today this underground extreme genre holds a number of elite bands like Revenge, Archgoat, Diocletian, Teitanblood, Proclamation, etc…

Abysmal Lord impose on the primitive aesthetics of blackened death metal however the album lacks the effect of songwriting. The effort is merely attained in a standard manner and these fundamentals are presented on tracks like Races of Jehovah’s Despair and Scythe of Damnation. These tracks exude with the raw tonality focusing on primitive blackened riffs and bestial growls, screams and blast beats. As mentioned above the music here can be related to Blasphemy and Sarcofago when it comes to the ghoulish shrieks and the raw primitive sound.

The second full-length album “Exaltation of the Infernal Cabal” contrives a similar sound to their debut. The sophomore is built on bestial black metal and infernal death metal flair, Abysmal Lord approach to this kind of music is very primitive and blasphemous. The latest offering is quite brutal and barbaric where the band channels the early style of Blasphemy. The music is mainly characterized by the evil grins, churns bells and sound of winds these atmospheric elements are mostly featured in the songs and intros.

The musical conception of war metal isn’t similar to black metal in the atmosphere or melody, in fact war metal bands doesn’t incorporates the tremolo guitar pickings as much as it depends on down tuned guitar chords and chaotic riffing. The guitar on the new album creates a cacophonous atmosphere that epitomize the old school sound of blackened death metal. Stylistically Abysmal Lord attempt to demonstrate the aggressive and vile sound and bring the new tracks to the bestial form of extreme underground.

The album kicks off with heavy power chords and grinding drums, the growls on the album are generally bestial and does not resemble the aesthetics of the second wave of black metal. Abysmal Lord obtains a particular kind to ferocious war metal, the production here is raw and muddy. However the album brings the raw standards of the bestial black metal in its purest style. Despite of the similarities Exaltation of the Infernal Cabal bares some qualities, the majority of the album is achieved though the down tuned guitars, the guitar also launches chaotic solos. Beside the album title track “Holy Incest” captures the ugliness and the filthy riffs. The problem with this record that you cannot differentiate between the tracks as for the riffs they are aggressive but don’t hold that quality which are needed.

Preparing the Throne and Nuclear Absolution oozes out with aggressive and primitive riffs. The growls on the album sound demonic and there are some horrifying moments when the growls are frantically ejected. You can hear extreme and fanatical exultation throughout the album followed by crushing cymbals and blast beats. Abysmal Lord doesn’t offer anything new on their sophomore, the quality is quite moderate and barely listenable.

The album is 34 minutes of straightforward barbarity, Abysmal Lord also adds the ritualistic prayers on Scourge of Christ where the drums hits at high speed of blast beats. The slow pacing on this track somehow gives it a separate identity from rest of the tracks. Exaltation of the Infernal Cabal has that identical tone of blackened death metal but the musical manifestation is quite decent. 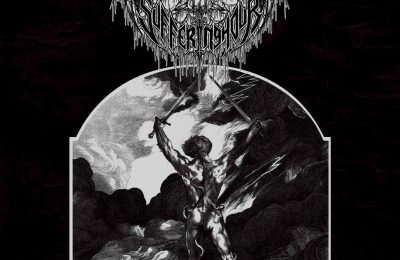