Home Black Metal Abyssal – A Beacon in the Husk 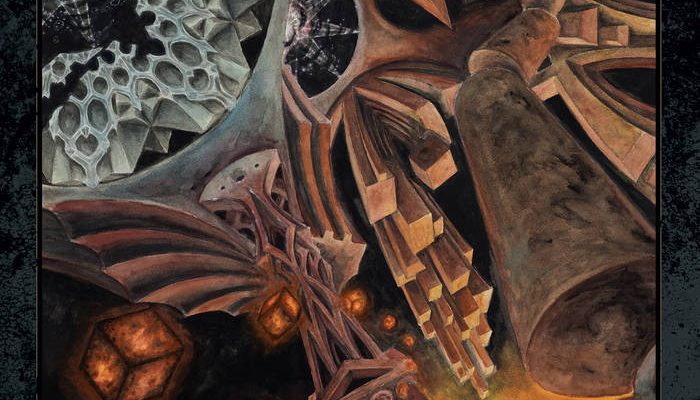 There is no question about the role of U.S. death metal band Incantation in embedding the style of cavernous death metal. Incantation who became known for their unique sonic craft of death and doom metal in the mid-nineties have inspired tons of bands from around the world throughout their unprecedented methods. The musical expression and admiration was then conveyed by many bands who have represented their own style that still carries the blueprint of Incantation. The recent additions into the canon of cavernous death metal style from bands such as Disma, Cruciamentum, Grave Miasma, Ritual Necromancy and others who have followed this sonic trend redefined this style in a particular way.

However, there are other groups like the UK death/doom/black metal band Abyssal who have their own approach. Their fourth opus A Beacon in the Husk was released by Profound Lore Records and emphasizes on three different styles simultaneously. Abyssal’s music feels more integrated into one mass of gloomy atmosphere by combining different elements that are firmly bonded with the menacing landscapes. These elements are specified by the distorted tone of dissonance. The album itself feeds on the growing suspense of the menacing growls and the doom metal vibes which are stretched out over eight tracks.

A Beacon in the Husk provides a frightening experience to the listener, The opening track Dialogue is brought by the confusing blends of death and doom metal. All of these musical features require one hell of an atmosphere to dilute them with the monolithic riffs. The album is comprised of three parts where each track falls under a certain gateway. Starting with Recollection, Discernment and finally the last entry is Descent. The dark and dismal nature of the new album accentuates the funeral doom influences as well. The abrasive riffs are mainly elicited from the style of sludge doom metal which are harnessed to create a heavy sensibility.

The woeful cavernous growls and the slow drum beats hold the tempo and despite of the crushing riffs the album ventures into many sections. The grimy guitar riffs are strummed continuously to thicken the atmosphere beside the noise samples which are widely applied on some of the tracks. For example II-Discernment: The Cloister Beneath the Grime is approached by the fast blistering riffs and abrasive blast beats. The sudden transitions from the extreme noise to typical death metal style is professionally demonstrated. II-Discernment: Khyphotic Suzerians is another outstanding track unleashed by the harsh and jarring riffs.

The latest musical craft by the band focuses on bringing in different elements from ambient sounds and other variations which are added to the music. The elements of doom metal can be heard by the heavy guitar tones which create a thick atmosphere. The sense of experimentation uncovers the art of crafting such music, but the most terrifying part of the music are the vocals that sound like an alien entity trapped in spectral dimension. There is a unique ability in maintaining the consistency of the tracks. While Abyssal hones the dissonant riffs, the music feels integrated with the elements of death/doom and black metal that flows within the song texture.

Yet the best moments are featured on III-Discernment: We Who Beheld the Fall of Axioms, a foreboding track, brought by a classy dexterity in creating those dark passages. III-Discernment: A Beacon in the Husk is laden with heavy chugs and crushing drum beats. There is also a sense of strong dark energy within the tracks which are well presented. A Beacon in the Husk is a lengthy album, though there are many intermittent and disattached portions which are woven into the music. The melodies are given a small room to flourish but they don’t sustain much due to the dense atmosphere, noise samples and the sudden shifts that are often introduced into the song structure. The complex riff work is achieved through droning, dissonance and tremolos that create a huge wall of sound.

Not many bands have the ability to address their music in such order, but through their superb musicianship mastermind G.D.C. and drummer Alex Micklewright have succeeded in creating an extraordinary record. Over the course of time Abyssal have created their own bizarre type of death/doom metal and this latest foray displays a strange blend of various elements. A Beacon in the Husk is a modern death metal of an eerie type. It is a complex record that requires time to assimilate its varied contents.