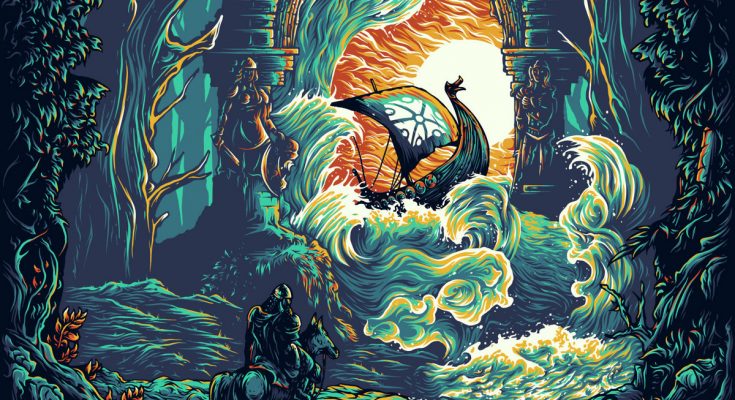 Adamantis is an epic power metal band from Boston, Massachusetts. The band started out in 2016 when the members met up after an internet post that looked for musicians. Inspired by the great and powerful European power Metal, the band releases Far Flung Realm. What to expect? Influences from Blind Guardian, Gamma Ray, Helloween, Stratovarius,…

The album starts with an adventurous music intro with battle sounds, screams and clashing swords in the background. It really brings us ‘Into the Realm’. The intro goes over into the first song ‘Unbound Souls’. The double bass and speed picking guitars set the pace for a song that will stay easily in your mind. ‘Misbegotten Dreams’ starts out with a bit of thrash metal but goes full power real quickly. Is this still the same vocalist? It is nice to hear how Jeff Stark (vocals) changes his voice throughout the album. It keeps it very interesting to listen to.

The fourth song ‘Puppeteer’s Bane’ is a very energetic and powerful song! Damn it really blows me away. But where do I start the pit? Too bad I am just behind my desk in these timesL. Many credits to Evgeny Gromovoy behind the drums beating his sticks and peddle in two. The album continues with some classic power in ‘Fire and Brimstone’. The song ‘Imagination’ sounds very familiar but I cannot point out what it is exactly. The seventh song ‘Journey’s End’ is in my opinion a bit boring but hey, it is still a nice song! Maybe I’ll start liking it after a few runs.

‘The Oracle’s Prophecy’ a good rhythmic song with a lovely extra voice! A guest appearance from former Dark Moor singer Elisa C. Martin. It is absolutely lovely to hear these two voices combined! However I miss a solo piece of Elisa. What I do love is the guitar solo in this one! ‘Second Sight’ starts out very peaceful, a bit like the start of the album… is this the ending of the album? No it definitely is not, so after fifty seconds the guitars start screaming. It becomes a good song not too overwhelming and nicely balanced.

The albums closures are ‘The Siege of Arkona’ and ‘Voron’, two great songs that are not speedy or powerful at all. But they are really nice songs to lead you out of the album. The last song ‘Voron (The Ravensong) reminds me in some parts of ‘Wasted Years’ from Iron Maiden.

All in all it is a good album but nothing new to find here. A good ol’ power metal album! 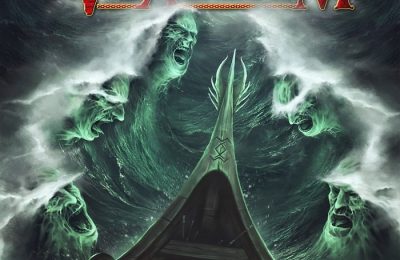