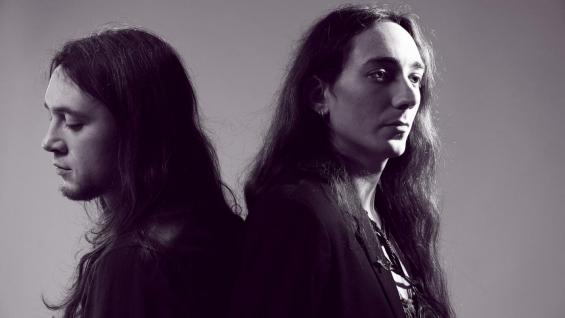 While we arrived close to the starting time at the VK concert hall near Brussels we were surprised to see two long waiting lines in front of the entrance. The doors opened at 7:30 pm sharp, which was not the best idea since the support already started at 7:45 pm. The sold out venue filled up way too slow and we managed to catch only the last two songs of the Swedish pg.lost. A real shame since we had found out less than 24 hours in advance that these instrumental progrockers would prepare us for the rest of the evening. And they definitely left us wanting more. It must have been a nice feeling for the band to see the audience and applause grow exponentially during their first show on the tour. During the last track we could vividly feel the enjoyment of the guitar player as he came down from the stage to play among the crowd. An intense show and way too short.

Because people rushed in to hear the last songs of pg.lost the line to get a beer was still long when Alcest already took the stage. The VK concert hall definitely keeps up a sharp tempo. They should have taken a bit more time to prepare since the title track of Alcest‘s latest album Kodama was drowned out mostly in the overly loud drums. Neige‘s fragile voice was lost during this first part of the show, but luckily the sound improved throughout the set. Live it became clear once again how amazing the new album is. Eclosion, Je Suis d’Ailleurs, Oiseaux De Proie are all instantly recognizable and soothing tracks where Neige returned to Alcest‘s older sound. But also for older fans the setlist proved to be well balanced. With Souvenirs d’un Autre Monde, Percées de Lumière and Écailles de Lune we really got both the new and a best of the older material. Neige seemed more relaxed than I have ever seen him performing live and invited the audience to interact and put the hands together during songs. The show of Alcest was concluded with Shelter‘s closing track Délivrance. The voices around me were unanimous that this was one of the best Alcest shows most of us have seen and heard. When we spotted Neige having a talk with the fans at the merchandise stand we could not resist to show our gratitude and take a Grimm group picture. 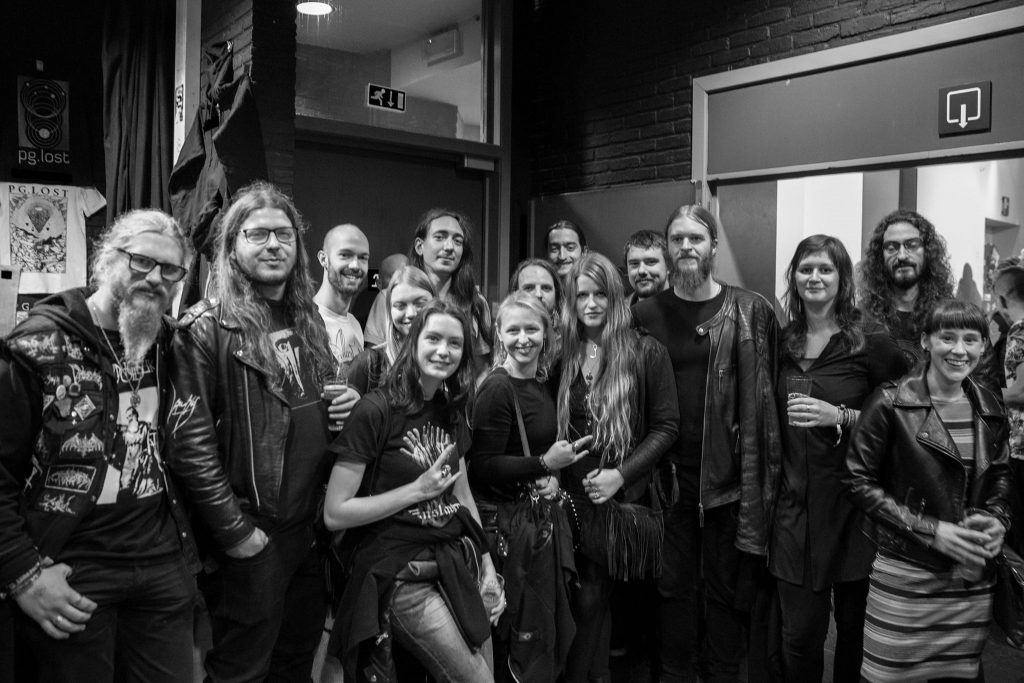 After two intense shows it was up to MONO to give us the final blow and send us home in awe. They started with a tranquilizing intro in the form of Beethoven‘s Moonlight Sonata. While the music steadily flowed into Ashes in the Show, both guitar players Goto and Yoda remained seated. This made them not less expressive, however. Throughout their steady variations and climaxes of every ‘post-genre’ the band was sometimes playful, often serious, but never dull. Bass player Tamaki was seen switching from her four strings to the piano and gave a serene ghost-like feeling on the stage. For novices unfamiliar with MONO this show was a very pleasant introduction to the Japanese quartet. The band took us through some highlights with Pure as Snow and Recoil, Ignite. You heard the band growing throughout the set until their closing title track of the latest album Requiem for Hell. Despite the many climaxes, however, I missed the orgasm. The steady build-up in their songs became predictable and often missed a grand finale, in my humble opinion. Close, but no cigar.