Home Heavy Metal All That Remains – Victim of the New Disease 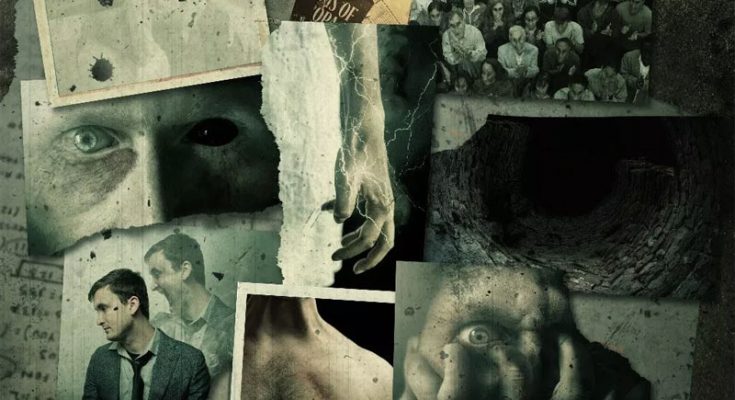 It is with a heavy heart that I write this review, as Oli Herbert, All That Remains’ founding guitarist has recently passed away. Though I suppose it is fortunate for us that all of the recordings for the band’s ninth studio album, Victim of the New Disease, were already concluded by the time Oli passed away. However, it is still sad to know he’s no longer with us. Must be a weird feeling too for all the fans and newcomers picking this album up on release date and realizing one of the guitarists on this newly released album is already pushing up daisies…

All That Remains is: 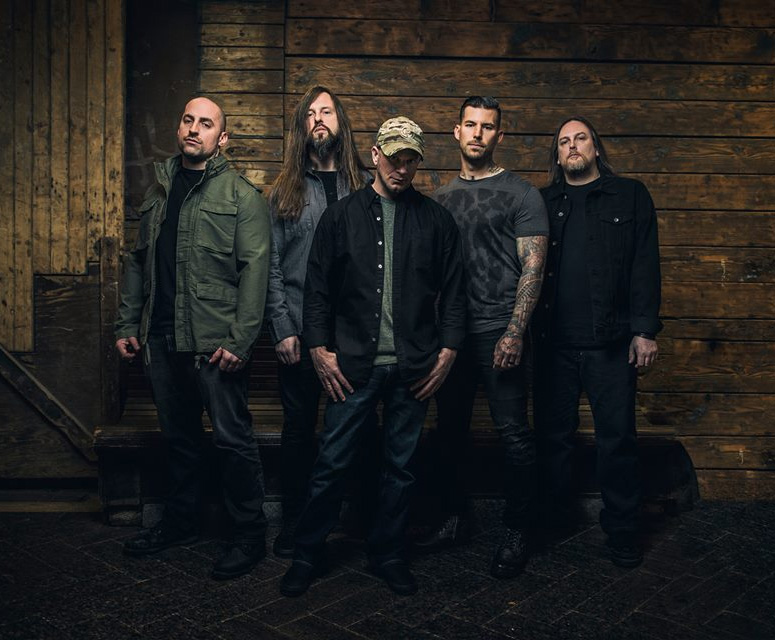 Do you start of your week on a Sunday or a Monday? Whichever your answer is, imagine suddenly being confronted with experiencing it the other way around. Feels weird, doesn’t it? That’s the first thought I had about Victim of the New Disease…

Looking at the end of the album, I Meant What I Said feels like it has a rather natural ending to the album and it even includes a rather long ‘this is the end’ kind of outro. To my surprise, however, it was still followed up by the title track, which feels more like an opening track than the current opening track, Fuck Love. And with that, my first overall impression of the album was mainly a mixture of satisfaction and confusion.

Fuck Love is a rather heavy hitting opener. It busts in your door to bombard you with heavy guitar riffs, double bass drumming, yelling, grunts and squealing vocals, and as expected with metalcore, a breakdown. It’s a very good, heavy song but it also feels like one of those songs that was made to identify newcomers or ‘pretend fans’ in the audience during live shows, as Fuck Love contains false endings that could easily trick anyone unfamiliar with the song to think it has ended, when it hasn’t. The first time I heard the song without looking at how long the song would (still) last, I was quite confused as to when the song actually ended. Did a new song start? “Oh. No… It’s still Fuck Love. Now? Nope.” And that’s when the final “fuck love” was squealed for a duration that had me thinking “Okay, you can stop now” three-quarters through the squeal. Perhaps the long drawn out squeal would have been better on a live outro than on a studio recording. It works well for a first time hearing it. not so much when you’ve already listened to the album/song a few times. No offense to Philip, of course. That squeal was very impressive.

Blood I Spill is also one of many great songs on the album. Philip’s many vocal styles come to fruition on this song as a mix of heavy, guttural, screams and clean vocals are all blended in together flawlessly. Sometimes with multiple vocal techniques used in a single sentence! The vocal transitions feel natural and with the guitars, bass and drums alongside, it just feels like a good fit. It’s one of many reasons why I like All That Remains. It’s not just ‘showing off’ a single technique, it’s incorporating a mastered set of techniques into a song in a way everyone can appreciate .

Wasteland starts off feeling a little old school. In the sense that it starts off as if you’re listening to an old, dusty vinyl being played (it even has those sounds layered on top of the track). After the intro, all instruments kick in as Philip gets his heavy voice out there once again. In a way, Wasteland reminds me of Hatebreed mixed with Killswitch Engage. Wasteland provides a mixture between heavy and a more melodic, clean song. The guitar solo feels fitting, it doesn’t aim to overpower the other instruments in volume and it simply feels right. The only dislike I have about this song is the rather long-winded outro. Though, on the other hand, the outro does help calm the mood for Alone In The Darkness, an acoustic, clean song that serves as a nice change in pace, preventing the album from sounding stale or monotone.

Just Tell Me Something is a mixture of heavy metal and easy-listening rock. It’s a heartfelt song that may be a bit too pushy on the emotional side for some, but with the amount of heavy, metalcore padding on both sides of the song, it’s not that bothersome to me personally. In a way the song also feels vaguely familiar but I just can’t quite put my finger on it.

Like mentioned at the start of the review, I Meant What I Said feels like a suitable closing song for the album. It’s heavy, but not too heavy. The chorus seems a little influenced by pop-music at times by the way it’s built up. I’m not sure how I feel about that, but overall, the song is not bad. After the outro that feels like the end of the album, the title song starts. It has the build-up, the blasting transition into the main song, the heavy touch and everything else that makes you feel like the ride is only just starting… It’s all there. But alas, The album is about to come to a close. It feels a little weird to have this rather heavy song pump you full of new energy and then come to an abrupt end with no follow-up. But that’s just the way it is.

All-in-all, I really like this album. It’s mostly heavy and it feels like a true All That Remains album. Words fail to describe how much I like this album. There’s only a small portion that I have my doubts about, but in the grand picture it simply does not weigh up to all the things that make this album so great. The vocal techniques are varied and fit in with the flow of the songs, guitar solos aren’t overly dramatic or overpowering. The mixing of song is done properly. It all fits in with each other very well. It’s an album I definitely recommend!