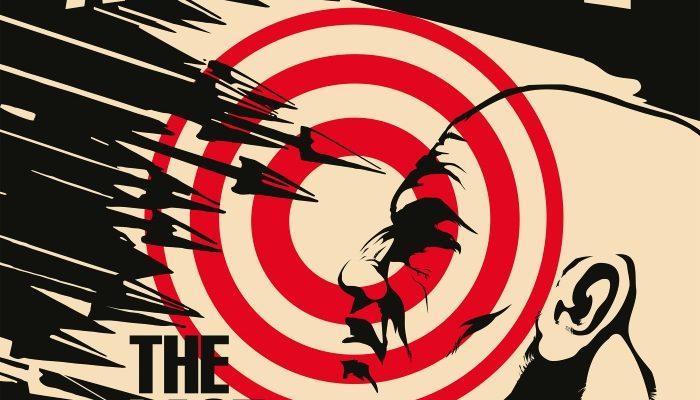 With Fortress, their previous record from 2013,  still high in my current playlist, it’s now become time to make place for their fifth effort The Last Hero . Three years you say, isn’t that much time between releasing two albums. Well, yes, but if you know that Mark Tremonti released his solo album, toured for it while Miles Kennedy did the same along with Slash, three years isn’t that long. They are very acclaimed for their work beside Alter Bridge but nevertheless when they come together there is a chemistry that happens between Myles’ voice and the riffing of the modern riff master Tremonti.

Let us take a look what The Last Hero is all about. Does it have the same quality, the same level of songwriting of their previous work. Well, the opener Show Me A Leader , which is also the lead single, is what Alter Bridge is all about, clean intros that build up to the heavy riffing, dynamic songwriting. You can definitely hear that they switched to seven strings, the lower and more alternative tunings give the songs that extra punch it deserves. The energy that Myles Kennedy shows in his vocals while lyrically touching very sensitive themes like the state the world is in for the moment, is of an unseen level. Not many groups nowadays do what they do, they have found the ultimate mix between almost thrashy riffs and nicely balanced dynamic vocals.
The Writing on the Wall, written about those who deny global warming, is also one of these songs that you need to listen to. It has some nice stuff at the end of the song which you would only hear in the more progressive metal things. The Other Side  is a song that will be passed by the dudes that are more into the commercial Alter Bridge, this song feels like a softer version of Gojira. My Champion  will be played a lot on the American radio channels, very commercial stuff, almost Creed-like. Poison in Your Vains takes you by the balls from the beginning and is one of the more heavier songs.  Myles Kennedy and Mark Tremonti continue to set the bar high with their riffing. As a guitar player myself I know how difficult it is to keep shredding while maintaining these nice vocal range, but these guys do it with so much ease, I’m green with envy. We must not forget to also give credits to the most overseen dudes in a band , the brutal rhythm section that  bassist Brian Marshall and drummer Scott Phillips are.

Losing Patience blends their experience together with ingredients of what they did in the past, a nice hard hitter with a chorus that won’t get out of your mind for days. You Will Be Remembered is also a radio song made for the American market, a bit too cheesy for me. A song you may not forget to check out is the title track The Last Hero, very dramatically sung with some nice riffing stuff into it.  That is what makes Alter Bridge so special: the choruses that crawl into your head with guitar riffs that from time to time bring influences from the metal scene.

The Last Hero is a very good album, which for the die hard Alter Bridge fans will be no problem to buy. While Fortress feels stronger overall, The Last Hero has already taken its place next to it and it will keep growing on me. Don’t forget to check them out live in 2017, you won’t regret it.