Earlier this year the band Trillium released the album “Tectonic”. Because of that we had the chance to ask front lady Amanda Somerville a couple of questions:

The new Trillium album “Tectonic” has been out for awhile now already. How’s the response been so far? Sort of what you expected or not?

I’m happy and honored to have received very positive feedback from music sites, magazines, journalists and other industry sources, but I’m certainly most touched by the response that my own fans have had. Tectonic made it into the US Billboard charts top 100 and that says a lot.

Can you tell us a little bit more about the album? Is there a story behind it?

Certainly, there’s always a story! I’m a fan of things that have diverse figurative, autobiographical meanings and this case is no exception. Of course the most obvious one is the geological term, which relates to the different layers we all have underneath our surface. For me, those layers have been shifting over the years, certainly causing major changes in my life. We know it most commonly from geological terminology, but its origin is Greek: “tektōn” meaning “builder.” In German, “Tektonik” also has its place in poetry and art, referring to the creation, clarification and combination of constructive elements, but also in architecture, referring to the sum of various parts coming together to form a new structure or work of art. That’s the core of what Tectonic is. It’s about how all of the various elements and changes have come together to form my life and therefore my music as it is now. 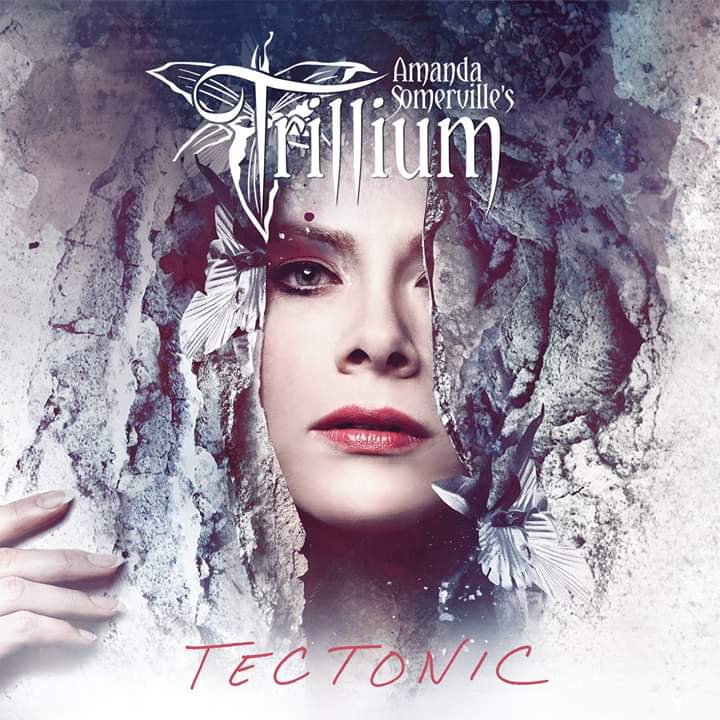 I was just crazy busy with all kinds of different business and personal aspects. If Trillium was the only thing that I did in my career, this album would have been out much sooner. In the meantime, however, I was also busy doing new albums for HDK, Kiske Somerville, Exit Eden, touring with Avantasia, Rock Meets Classic, Ian Gillan and working with other bands. Plus, I also got married and had 3 kids! Needless to say, the past 7 years have been very productive.

Are there any specific plans with Trillium in the nearby future now that “Tectonic” got released?

I would very much like to take this album live. At this point, I can’t  make any promises and I’ll never say never, but there are some future goals for sure.

And do you have any plans that you can reveal from other projects?

Most are pretty secretive at this point! I am, however, always working bit by bit on my next solo album, which will likely come out in another 10 years – haha.

You have a whole bunch of projects you take part in, how do you manage to do all of that? And on top of that be a mother of twins?

It gets pretty intense! Since the twins are just 8 months old, I’m still kind of working that out. In the past, however, I just somehow do it.

Is there any project that you would’ve loved to work with before? Or would still want to work with?

I’m pretty content with where I’ve been and where I am. New opportunities fortunately keep coming knocking at the door, so I’m very fortunate! Again, though, everything’s still rather secretive at this point.

From all your projects, what would be your favorite if you had to choose?

Everything I’m very closely involved in is special to me, but certainly the music I write and perform myself is closest to my heart.

What do you think or hope that the fans get out of / from your music?

I would hope that they can relate in ways that helps them find comfort and gain energy from it, just as I have done with so many songs and artists in the past. I think the greatest honor is being a part of someone’s life soundtrack!

And the other way around, what do you get out of / from your fans?

I gain inspiration, support, hope, harmony, energy and the ability and motivation to continue to practice my art.

You’ve been a steady name in the metal scene for a long time now. Do you have any advice for those who are only starting now?

It’s a tough business! Be flexible, be well-rounded, be humble, don’t take yourself too seriously and be GREAT, in every sense of the word (personally AND professionally).

Anything you want to add still for our readers, your fans,… ?

I very much appreciate your ears, your interest and your positive energy! Sometimes I feel a bit like a juggling artist in a circus, but lacking the sparkly pants.

Still and all, I give the best that I have. Thanks for hanging in there with me!