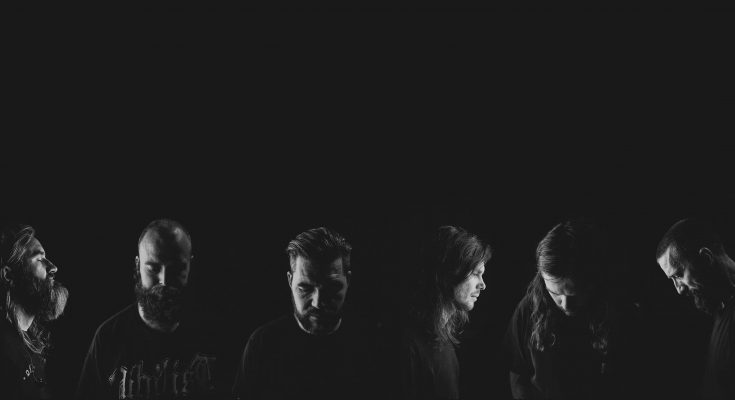 They’re quite the phenomenon. Amenra has conquered hearts all over the world, revered for the art they create visually, musically, emotionally,… Last year we saw them play in Helsinki at Blowup Vol. 4, where not everyone present at the festival seemed to get what they’re all about. Organizer of that event, Blow Up That Gramophone, decided to bring them back to Helsinki on their headline tour. So we wanted to go see if their show would be even more impressive when every single person is there to see the band specifically.

On a rather warm autumn night in Helsinki, it was time to head to the venue of Ääniwalli for the show of one of my personal favourite bands: Amenra. The Belgian band has been on the road for about two weeks straight already, with one show every night. This is one of their last shows in the European tour together with supporting bands E-L-R and Ylva.

The opener of the evening was Ylva. What a surprise! I didn’t know the guys from Australia before, but it was a very nice and seducing band. Personally completely my taste, and also very fitting to the headlining band. The band is rather ‘young’ as they were only formed about four years ago in 2015. The moment I stepped in the venue and the band started playing, the atmosphere was complete. People were relaxed and enjoying clearly. A plus was also that the sound was very well done to my ears. Maybe that has something to do with the fact they have been touring quite some time already?

Second band of the evening was E-L-R. A band mainly existing of the female gender. The drummer was a male, but the singer/guitarist and bass player were both girls. Positively surprising for a band in that genre, I think, as there is not enough female power yet in this scene. Personally, I was not a complete fan of the band. The music was well-crafted and they clearly have talent, but I mostly had a problem with the structure of the songs. In my opinion the songs were rather long and also a little monotonous. Nevertheless, I liked the sound they created. The songs were all in different tonalities but rather same sound. Within one song the tonality didn’t change enough, or maybe there was not happening enough to my taste in one song. The length of the songs was also rather long. Unfortunately, the singers were not very easy to hear in the audience, I would have loved the songs better if the vocals would have been more audible, I’m sure! I had a hard time figuring out what was going on with the voices. But when I actually caught a glimpse of them, everything sounded very pure and not out of tone at all.

Then finally it was time for the band everyone has been waiting for that evening: Amenra. It was clear the audience came for the headlining band, rather than for the support bands. By the start of the set of Amenra, the venue was getting way more full then before. When they started to play their first song, it was immediately dragging me into the whole atmosphere of their performance. The strong start created an atmosphere that made everyone feel connected. As I was standing on the first row. I could feel the energy of vocalist Collin very strongly. It seemed that guitar player Matthieu was keeping a complete overview of what was going on in the audience, while being in the zone on stage. It felt he was connecting the band with the audience in that way. It was beautiful to see how connected all the band members were on stage together. As usual when seeing Amenra live, I enjoyed their show very much and could go home feeling fulfilled.