Home Doom Metal An Evening With Knives – Fade Out EP 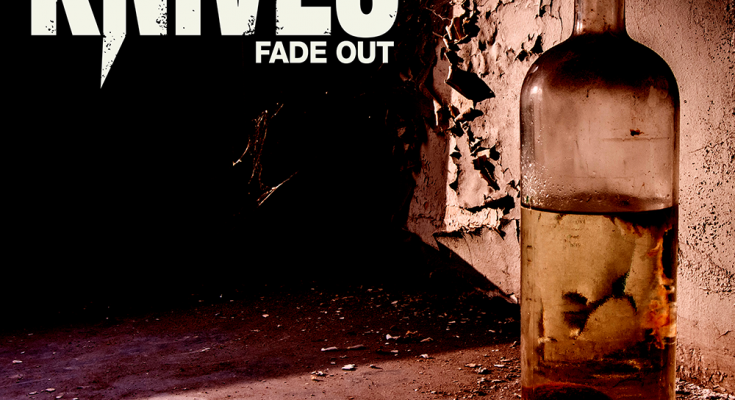 It begins with a hum, and then the cymbals crash. The bass and the drums are perfectly locked in together.  The guitar mutates out of the overdriven bass signal.

An Evening With Knives released their second Ep, Fade Out on the 1st of September by Argonauta Records.  The Eindhoven power trio is rather hard to categorize. This is not such a bad thing, the band seamlessly blend doom and sludge riffs with psychedelic soundscapes and lead work, while infusing the sincerity of hardcore punk and the Brechtian phrasing and framing of Post-Metal and early Post-Punk.

The EP itself is divided into three tracks. The first is ultimately the centerpiece. It is the longest almost taking up half the run time of the EP at 9:41.  The track is earnest and urgent. The vocal performance is much more based in punk rock than I was originally expecting. The vocal style is very similar to Rise Against in particular.  This is one of the most intelligent and creative choices in the band, as the instrumental aspects of the song are droning, atmospheric and have a large dramatic range. The use of punk inspired vocals help ground the music while making it feel personal and sincere.  Death growls would make the instruments too bestial and inhuman where as more traditional/epic doom metal vocals would feel generic inauthentic and push the music into camp.

The interplay between bass and drums on the album are perfect, they are always locked in with each other while never being overly metronomic.  The overwhelming majority of the sound on the EP comes from these two players so it is imperative that they have such wonderful chemistry.  The guitar does occasionally play in a rhythm capacity, but it mainly exists to create psychedelic and lush effects and countermelodies. The closest comparisons to their use of guitar as juxtaposed against the rhythm sections would be the band Failure, The Jesus Lizard or the massively underrated grunge band Pond, with some passages influenced by Russian Circles or possibly Joy Division. That’s no faint praise, it gives An Evening with Knives a profound sense of identity and creates a very cavernous sound on the album.

The second track of the album is an instrumental one and is more languid and contemplative than the others. It is still a fantastic track where the bass and drums are even more front and center than elsewhere on the EP. The reverb on this track makes it sound like it was recorded in a cave, it is absolutely stellar.

There are very few downsides to this EP, but they must be mentioned. The majority of the music places such heavy emphasis on the down beat that while there is a lot of drama and emotion in the music it all feels static and vertical. The songs are heartfelt and beautifully played but without any sense of propulsion.  In the moment, this is not a problem at all, the music excels on its own terms and it does not occur to the listener to expect any degree of groove. Unfortunately the conclusion to first track is an absolutely stunning groove. It’s the best moment on the album, but as it is unexpected it doesn’t feel like it lasts as long as it should. Re-listening to this track over and over I wanted that riff to continue for a little bit longer. However complaining about one blindingly stellar section of a great song being too small is an embarrassment of riches.

The largest complaints of the EP is the last half of the third song, there is nothing wrong with it, but it feels deflated compared to the rest of the work. After two killer tracks the third doesn’t quite have the same charisma or feeling of inspiration as its siblings. The song opens well; it has a similar feeling to Bauhaus’ Bella Lugosi’s Dead. It builds and expands slowly, the vocals enter but do not quite coalesce, and as the song is still building that is excused and interpreted as intentional. But as the song continues it grows more ponderous and feels spent around halfway through the track.  The album art too feels decidedly lack luster however that is an incredibly small gripe with a newer bands second EP. Over all the EP is immensely enjoyable and I would recommend it to anyone who enjoys doom and most especially to any fans of doom who crave fusion between metal and more introspective musical genres. I would also recommend it as a crossover EP for new metalheads from different alternative music traditions and headbangers who are interested by post-metal but find it difficult to get over the deconstruction of more traditional metal music.