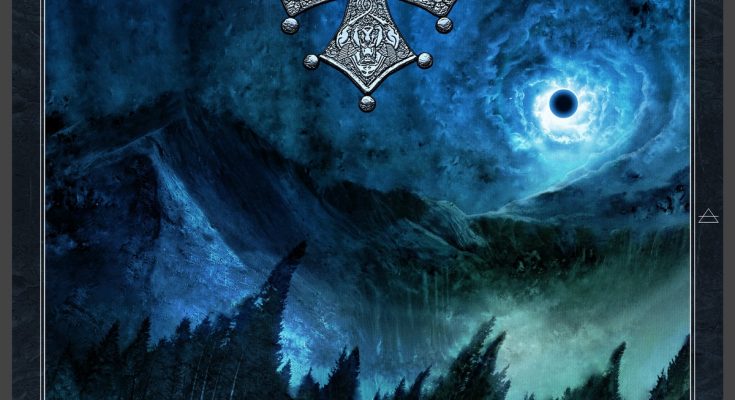 French black metal Aorlhac was formed in 2008 and has released two albums in the past years. The band celebrates their first decade and decided to release their third album known as L’esprit Des Vents which translates to “the spirit of the winds”. The French trio shows much of adherence to their Occitan roots since they originate from that area in France. Thematically Aorlhac‘s tendency towards black metal style is more into the second wave of black metal, as they maintain reasonable balance between fast and slower sections. Aorlhac has a unique and melodic approach towards music as there is always something very distinctive regarding most of the French black metal bands. In spite of the orthodox principles, they seem to stray away from such distinction. Aorlhac builds the song structures on guitars for creating mournful atmosphere, without falling into the theatrical fashion.

The tremolo pickings are nicely done, but unlike most of the melodic black metal bands who relies on keyboards, Aorlhac has minimal use of keyboards on the new album. Instead they add more rhythm to the guitars. And while the aesthetic and emotional sentiments are created by the guitar melodies, they have a unique way of creating the gloomy atmosphere when needed. The new album ensures a comfortable listen and evokes many Scandinavian bands from the second wave. Most of the tracks are captured with power and unique creativity. Alderica is one of the catchiest tracks on this album, building on lush atmosphere and the guitars are very dramatically swelled with fine melodies. The raspy vocals are mainly in the vein of black metal style. Spellbound‘s vehement vocals provides the power and the intensity to the music which has a raw and furious direction.

1802-1862 I Les Mèfatis De Mornac is soaked deeply into melodic rhythm, the use of acoustic guitars and blast beats imbues a darker ambience. Mandrin, L’enfant Perdu is excessively overwhelmed with blackened riffs and solos, in spite of the fact that the song has a very furious beginning it sinks to mid pacing level. The two guitarist NKS and Lonn show excellent unity, vocalist Spellbound captures the attention with his performance and the drums act like a raging storm. L’esprit Des Vents is filled with passion as the band ventures back to the 18th century, shedding light upon historic events and tales related to medieval times. Most of the tracks show full intensity and passion behind the musical proportion, and the album contains many highlights.

L’esprit Des Vents demonstrates a strong consistency to the band’s previous releases, the ten tracks are emphasized on the melodic aspect. Beside the epic material the cover art has a magical feel to it and it adds another dimensional touch. Aorlhac is a silver lining cantered between traditional black metal and melodic black metal of the early 90’s era. And L’esprit Des Vents is swathed in blue lilies and delivers a fine tuned melodic black metal album!