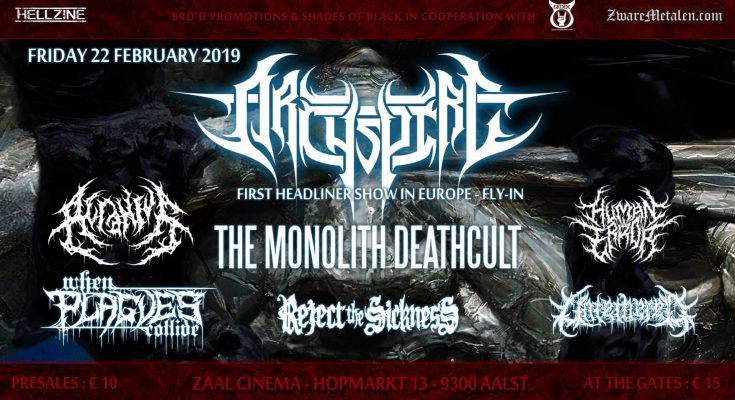 On the 22th of February, there was a pretty big party going on in The Cinema in Aalst, Belgium! After being invited by a kind man named Filip, who organized this evening, me and my +1 were happy to go. We had to travel a fair bit from the Netherlands to Aalst. What should have been a little more than two hours drive, quickly became more than three due to traffic… Damn. We were not the only victims of the heavy traffic, the band Untethered could not make it because of this. In addition to that, when we arrived the band Reject The Sickness had unfortunately already finished their show.

The first band we saw was Human Error (***), who started at 19:40. They are a slamming deathcore formation from London, UK. The band surely had a lot of stage presence! Their vocalist Luke Griffin is very active on stage and engages a lot with the audience. When the second song started off, he jumped into the crowd to activate them a little more. And it worked. By the end of the song people were going wild, and some violent moshing was going on. The dynamics were fueled by the fact that the vocal duties were shared with the bass player, Dan Cooke, which sounded great. They played a nice set, although I think they could evolve their sound a little bit in the future. But hey, everyone seemed to have a good time. What more could you wish for? 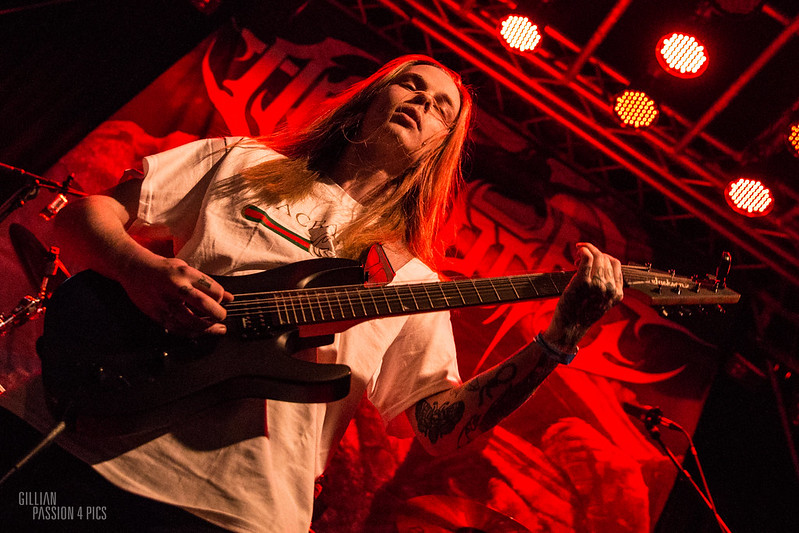 Belgian locals When Plagues Collide (****) took the stage in their hands around 20:40. This symphonic deathcore outfit captivated the crowd with their heavy sound, fast drums and entertaining show. Vocalist Wouter Dergez sounded and looked like he was actually angry. Honestly, this just added to the performance. The bass player, Bastiaan Barbieux looked like he was having fun, and their drummer Siebe Hermans sounded really good. When they started their song Fleshmould, Luke Griffin from Human Error joined the stage. He brought  the energy he had with his own band along with him, and initiated a pit. The symphonic elements gave this band a nice little twist. I am curious about what’s more to come from this band. 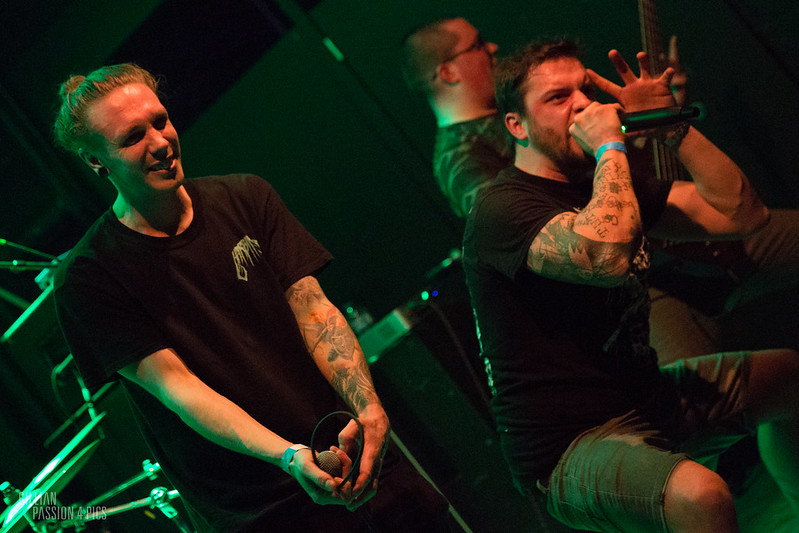 The third band that came to destroy was Germany’s Acranius (***1/2) With the deep vocals by Kevin Petersen, which I really liked, along with a decent amount of groovy goodness got the audience going! This performance did not only contain groovy elements, also more up tempo parts. Along with a bass sound that was roaring through the venue and got the floors shaking. They got the right formula. When they played their song Ghetto Brawl, people were going crazy. The band had some good interaction with the crowd, which is always nice.  They played a neat show and I am keeping an eye out for them! 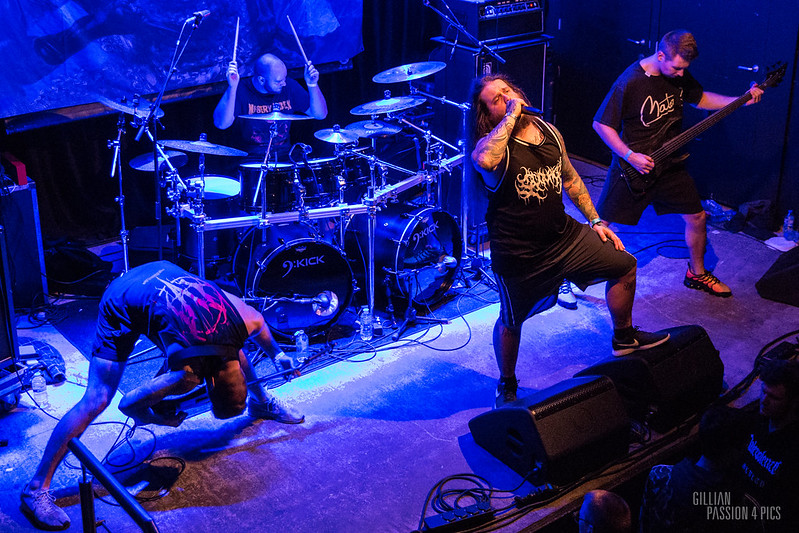 From Dutch soil, we have The Monolith Deathcult (****1/2). This avant-garde death metal group walked the stage, and as they did their black humor came to light. Along with their provocative jokes they made their pounding music. And they did it well. That these guys have been playing together for a while was clearly visible. Duo guitar solos, active on stage and obvious chemistry within the band. Fretless bassist Robin Kok and guitarist Michiel Dekker shared the vocals. Even though there seemed to be some problems regarding the mics, I think the shared vocals added to the whole performance. The crowd really seemed to enjoy the show, even though it was different from the bands before. I would recommend checking them out live! 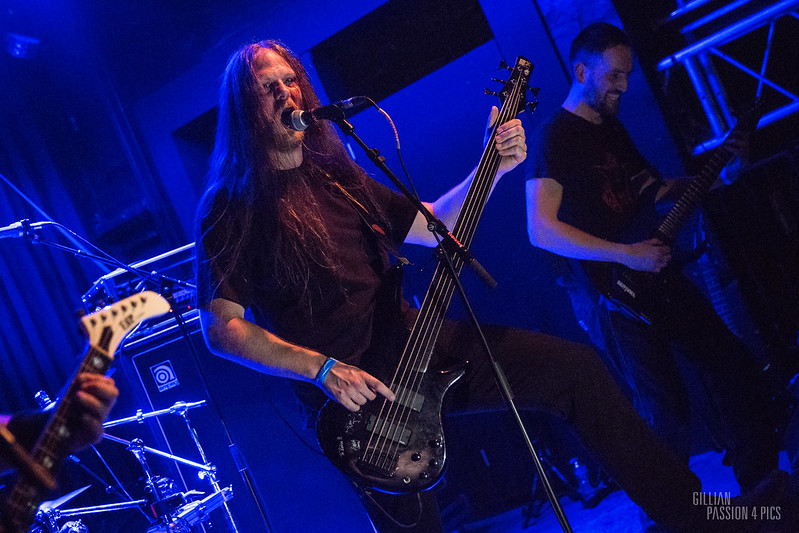 The last band and exclusive fly-in headliner of the night: Archspire (*****). This technical death metal formation is known for their speed and technicality, combined with unique vocals, or as Oliver Rae Aleron calls it, ‘bark rapping’. The members of this band are all amazing musicians and that showed in their live show. Archspire’s music is hard to pull off live, but they did it, and they did it well! Some jokes from Oliver, along with the ‘applause’ sign he held above his band mates heads, gave the show a funny vibe. Their bassist Jared Smith is a beast, and did an amazing job on the Relentless Mutation bass parts. Tobi Morelli and Dean Lamb are undeniably good guitarists. As a result, they have stepped up the game of tech death. Along with amazingly skilled drummer Spencer Prewett they were the delicious cherry on top of this already great evening. 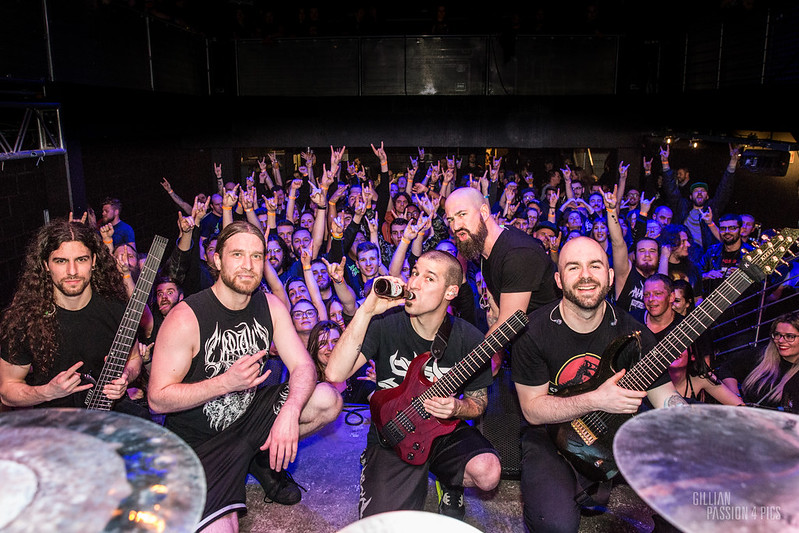 After the show we had the opportunity to have a little chat with these guys. We thanked them and asked why they would fly over for just one show. Well, Filip just really loved the band and wanted them to play in Belgium, how awesome is that! They were very grateful for the opportunity he gave them. Tobi stayed to chat a little more. We talked about their upcoming tour “Tech Trek IV” (which you should most definitely check out if you’re located in America.), other bands, the very hypothetical re-release of their first album All Shall Align, tube amps, a high pressure hose and more fun stuff.

Thanks to the bands and the organization for the great evening, many thanks to Filip for inviting us and being so cool. Stay Tech my friends!