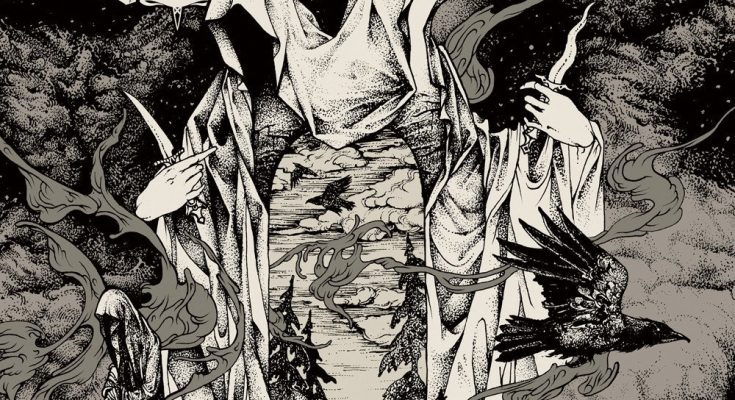 Arkona certainly is a very unique band, they started in 2002 but disbanded in 2003 due to a lack of general enthusiasm. Masha kept writing and showed it to other people, the album resulting from it surfaced in 2004. Arkona’s fourth studio album Ot serdtsa k nebu, came out in 2007 and fun fact for my fellow Belgians: The artwork for the sleeve was designed by the Belgian artist Kris Verwimp who’s continued working with the band ever since. Further down the line they were signed to Napalm Records in 2008.

However, I’m not here to talk about their history, I’m here to talk about their newest album Khram which was released on the 19th of January this year. The album reminds me a lot of some sort of ritual, especially played live (look out for a review and photo report of their show, which is still to come). In the beginning and the end when Masha plays her drums and start chanting it eventually feels like you’re in a trance. However I think my favourite song of the lot is Volchitsa (She-wolf). It reminds me a lot of a progressive metal/folk metal mix, especially in the beginning. I thoroughly enjoyed the album and found that the album was along the lines of what Arkona usually does and yet still feels very renewing.