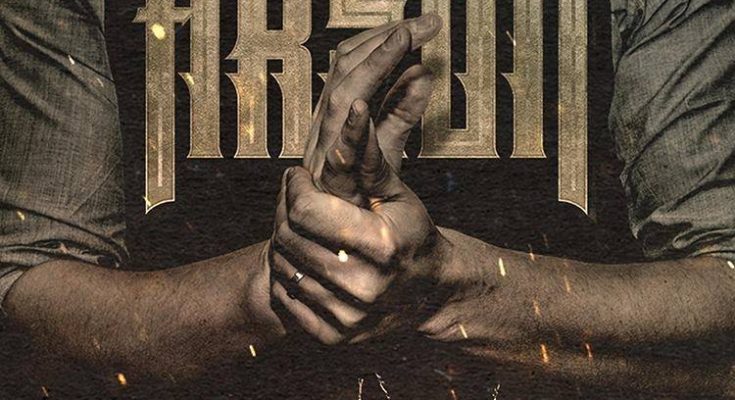 At GRIMM we love local releases, Let’s Start a Fire by Arson is one of those examples. When I first listened to this EP by the Ghent based band, my house nearly burned down to the ground. A few months later, after rebuilding everything, I thought it was about time to review this firestarter.

Arson is a band combining members of previous hardcore, metal and screamo bands Anti Icon, xviciousx, Zygoma, Soul Grip and Atlas. They’ve made the decision to leave their genres behind and start a rough ’n roll band inspired by bands like Cancer Bats, Kvelertak, Frank Carter & the Rattlesnakes… but they certainly did their own thing with this inspiration, and it sounds awesome!

Every single song makes you want to dance in every way possible, you just can’t deny the groove Arson is bringing. Catchy lyrics and smooth riffs make you remember the songs really easily. The fact that this is a DIY-recording, makes it even cooler. The EP is available in common cd, but you can also get it on tape.

The videoclip of the opening song Empire, gives you a first impression of the energy an Arson show will bring you.

A while ago, the band also released a Penthouse Session-live video powered by Jera on Air, containing three live songs and a short interview (in Dutch).

The fact that this EP only contains five songs, makes me look forward to a full length record of this band!