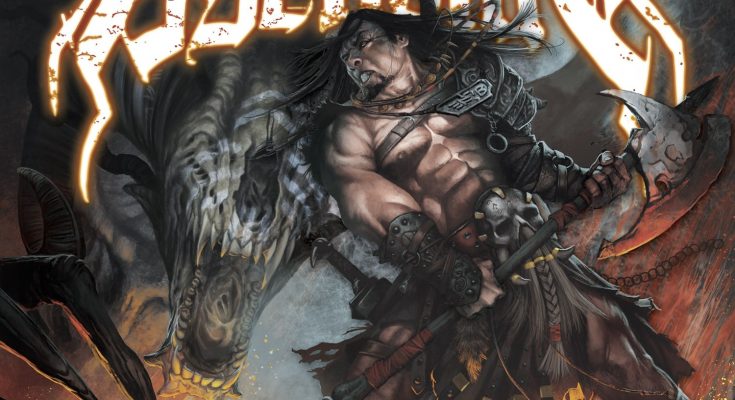 More than ten years have passed since Asenblut came together. A lot has happened since they caused quite the stir in the German pagan metal scene with their debut ‘Aufbruch’ back in 2009. Asenblut had black metal, thrash metal and melodic death metal influences from the start, and those have not left over the years. Their previous album, ‘Berserker’ was a whole new level for them, and they’re continuing on the same one.

“The music of the title track gave us inspiration for the lyrics and the album title. The high pace, the heroic power and the energy of the song immediately lead to strong pictures that were followed by the right words mirroring the force and the madness of the berserker.”

The new 5 song EP ‘Legenden’ looks back at the days of ’Aufbruch’ while taking a huge step forward at the same time. ‘Legenden’ has 4 songs from the band’s early days, re-recorded and refined by Sebastian „Seeb“ Leevermann (Orden Ogan) in his Greenman Studios. As a very special treat, ‘Legenden’ also includes a cover version of Manowar’s „God Or Man“.

I would say that this band certainly would be something fans of Amon Amarth and Equilibrium would appreciate. To me the vocals on this EP sound very black metal, but the instrumentation sound very folk metal. I thoroughly enjoyed the Manowar cover, but I preferred the reissues of the older songs. All in all, it’s a very good EP, but I can’t wait for their new original work.