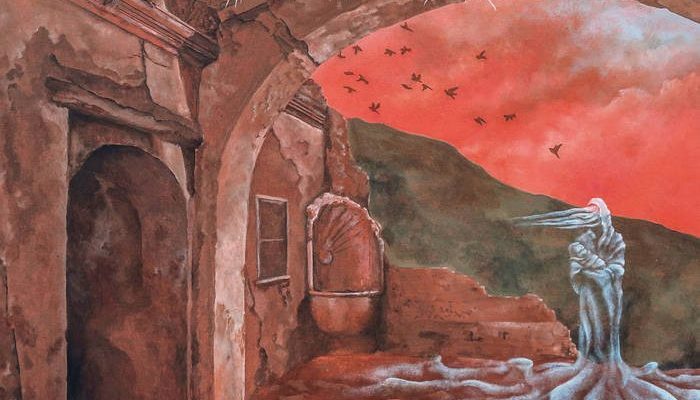 The Spanish quartet had a practical purpose of being one of the new old school death metal wave, deriving their style mostly from the 90’s death metal. Revelations of the Ethereal was one of the best albums to be released in 2012. Ataraxy has drowned their style to fit somewhere between the German legendary death metal band Morgoth and slower version of Asphyx. Revelations of the Ethereal was appreciated by many fans of death metal, the debut release had a variety of tempos from slow parts to melodic sections. In 2018 Ataraxy released their second album entitled Where All Hope Fades, leaving a big question of their consistency upon the direction to the follow up for the debut. Where All Hope Fades includes six tracks and it initiates with a slow intro of riff oriented track  The Absurdity of a Whole Cosmos.

Matter Lost in Time is more familiarized with doom metal, making a slow entry of atmospheric soundscapes. Ataraxy‘s transition from old school death metal to doom metal might be a natural process since the band has a prospect to move forward into sonic experimentation, and that’s what the new album is all about. One Last Certainty contains abundant elements where Ataraxy converts from doom metal to death metal. The riffs have strong influence from the Scandinavian death metal style, the use of synth builds emotional tone. But this doesn’t mean that Ataraxy’s new album has an inclination to slower sections, each track has a transitional nature shifting from one tempo to another. One Last Certainty includes skillful riffs and up-tempo sections with unpredictable blast beats.

Uembras d’o Hibierno is a hidden gem among the six tracks, it builds up slowly into death/doom sections. The vocals of Javi are descent but the growls are less aggressive and they seem to be more mournful with despair comparing to the debut album. Uembras d’o Hibierno is more oriented to  be an up-tempo track, dominated with slower riffs and flowing melodies. The Mourning Path is a showcase of the band’s ability of shifting from progression, but this makes the album very decent and solid without having much effect over the listener. One thing I noticed while listening to this album, is that the bass is somehow missing, and it seems that Ataraxy has dropped one element from the entire sound. The Blackness of Eternal Night and Matter Lost in Time are both extended tracks from 10-12 minutes. The final track ventures more into heavy and dark side, while keeping the constant flow of melodies at same level. Where All Hope Fades is an average album, and it seems that Ataraxy has somehow lost their path with this album.