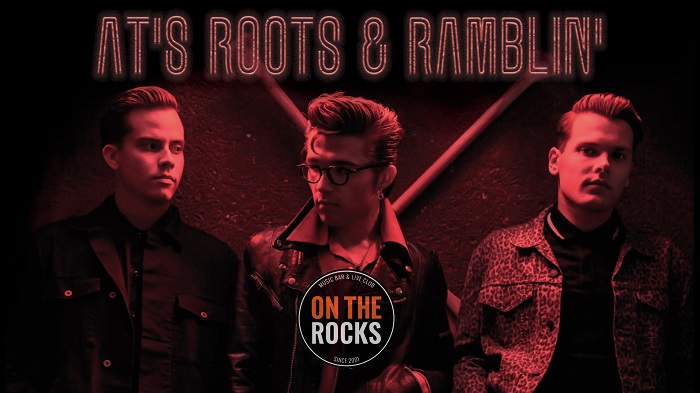 While the Nordic countries are mostly known for their strong and thriving metal scenes, there are often quite some really good rockabilly/psychobilly bands to be found there as well. So when this event came on my radar featuring some really fun outfits from Finland, I didn’t hesitate all too long to try and attend what promised to be an evening with some proper old school rock ‘n’ rollin’…

First band of the night was the psychobilly gang The Shrieks. Some years ago, I got to experience them the first time at a punk fest at the now demolished Nosturi/Elmun Baari. I remember being really taken by their very enthusiastic and energetic show back then and have been looking forward to catch them live again ever since. And now finally was the time again! Just like how I recalled, they absolutely kicked ass. Their vocalist was jumping around on stage with seemingly endless energy and regularly made a stroll through the room, trying to get the small crowd already there more engaged. Since I last saw them they changed guitarist and in my humble opinion for the better. He was just as energetic as the rest and radiated the pure fun all of them were having playing their music. An absolute delight seeing them again and if you’re in the market for some good and fun psychobilly, check them out!

RelaxTrio was up next and with an already more properly filled room behind me, I was really looking forward what these 3 people were going to throw our way. One thing that was clear straight from the start, was that they were not intending to make us relax with some easy listening music! As soon as the 2 guys and girl kicked off, the energy went through the roof. Guitarist Oskari ran back and forth while cranking out some tasty riffs, getting everyone hyped up quite easily, while Linda on the upright bass provided what I felt was the soul of their rock ‘n’ rollin’. I’m a sucker for bands with that instrument and man, does she master it! It also didn’t take long for the first dancers to appear in front of the stage to dance their hearts out to the upbeat rockabilly tunes coming from the speakers. RelaxTrio was pure and unfiltered fun throughout and I couldn’t help but smiling as good as constantly. No wonder the crowd was demanding them to play some encore songs!

Almost a month ago, AT’s Roots & Ramblin’ released their new full-length ‘Golden Lane’ via Stupido Records and this show was part of their Finnish tour in support of that release. Clearly there were a whole lot of people looking forward to catching these guys live, since the venue really started to get packed by the time they were about to start playing. Their stop in Helsinki was also the first time they’d be playing with a live horn section, which was already pretty exciting even before they started playing. While it’s easy to advertise the band as a rockabilly band, they actually play a mix of rock, swing, big band, roots, country and old school R&B music inspired by the good old fifties but with a modern touch. And not only their sound is clearly rooted in the fifties, with main man Arttur Teränen dressed to the nines as if he transported from the time period straight to the stage.

When kicking off, we got greeted by his sweet voice, the distinct classic sound from that gorgeous Gretsch hollowbody guitar in his hands, rumbling bass lines that together with the energetic drums are really driving the music and boisterous horns that were definitely a great addition to the live experience. We were barely half a minute in and the dancers already started to appear back on the floor, going from spinning around couples to synchronized dancing ladies in rockabilly dresses. A bit over an hour of rock ‘n’ rollin’, heartfelt R&B soul crushers and swing tunes which really took me away from all the misery of the world. Bands like this are so rare and the last band I remember taking me on a time machine trip like this was when the Swedish rockabilly outfit Fatboy graced the same On The Rocks stage.

I simply fell in love with their sound, the way they were playing and the obvious mastery and skills in writing absolutely solid music. A new generation of talented musicians like this are what gives me hope for the future and survival of music history like this! 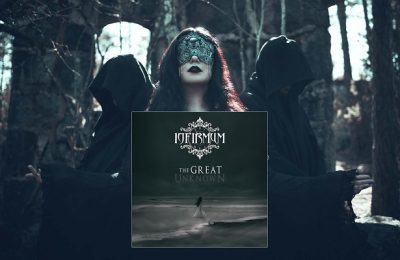