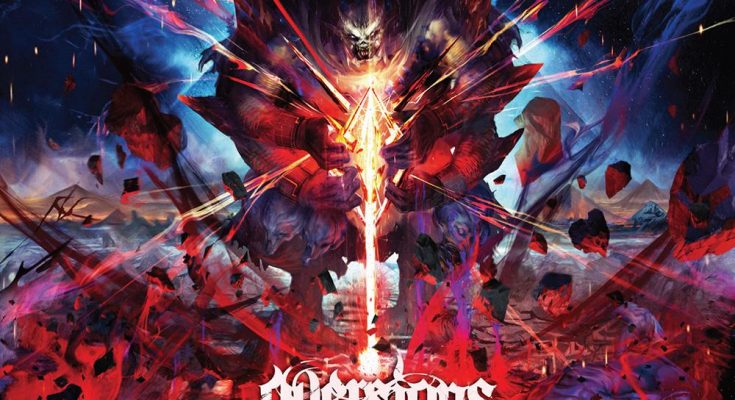 Since their creation in 2010 in Brisbane, Australia, this evil quartet has  spawned three albums: in 2011 there was Servitude, in 2014 Tyrant followed and finally, three more years later it was time for Xenocide. The sinister actuality of the album title aside, one thing is clear from all this: Aversions Crown does not play happy music. And how could they, having spent all that time touring with bands like All Shall Perish, Cattle Decapitation and Thy Art Is Murder? Let’s take a look.

After Void, a chilling intro with ominous drums, Xenocide takes a very energetic start with Prismatic Abyss and The Soulless Acolyte. Immediately, the band’s biggest trump card comes to the surface. Being deathcore, the music is very uptempo and muscular, but it is also covered in a veil of atmospheric esotery. Apparently, these two go quite well together. Three high-pitched wailing guitars create an oriental or at least distant reference, reminding of Melechesh. Perhaps this successfully  serves the purpose of creating the atmosphere of a terrible and threatening civilization in a cold dark galaxy far, far away. Keyboards and sound effects are also used to support the lyrical theme of dystopian nightmares and hostile alien invasion.

Hybridization follows these tracks, but the breakdowns increase in number and the pace falls back a bit. Personally, I feel like the album is most interesting when the pace is high and the rattling lyrics keep whipping you from all over the place. Erebus and Ophiophagy are testimonial to the band’s creative capacities. The former mixes very fast parts with a rather epic chorus with more attention to melancholic melodies. Fans of melodic death metal like Delirium’s Order and perhaps even Mors Principium Est might like this. The latter Ophiophagy shows rhythmical creativity and catchiness. Several parts have a djenty feel to them and the very gloomy intermezzo accompanied by some alien screams shows diversity as well.

In the second half of the album, the atmospheric and epic element is put to the front scene at the expense of pace. In The Oracles Of Existence and Cynical Entity, long guitar howls accompany the breakdowns to this purpose and low-distortion guitar play attributes to a sinister atmosphere. The next two songs (Stillborn Existence and Cycles Of Haruspex) really don’t offer anything new or any added value to the scene, a little more of the same but less original. Fortunately, Misery and finally Odium make up for it. They are a good example of the high creative potential of combining brutal, melodic and atmospheric elements (and even elements of classical music in Misery), as long as you do it right. Also, the use of rhythm and gloomy keyboards spice it up a bit. It reminds the listener to bands like Winds Of Plague.

Generally, Aversions Crown has some creative input, but the strong and credible energy of the first and last couple songs could not be pertained throughout the entire album. Perhaps they unleashed a little too much material at the same time, but on the other side their amplitude of inspiration and average song length is a good thing in this scene. Xenocide grows on you and is definitely still an album worth your while for its macabre marriage between brutal force and atmospheric melody. No big differences with the earlier work, but why change a winning team? 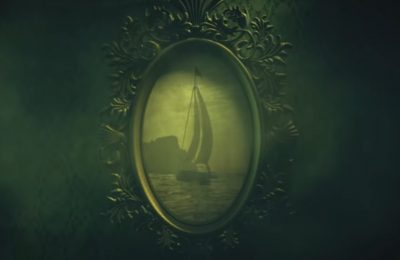