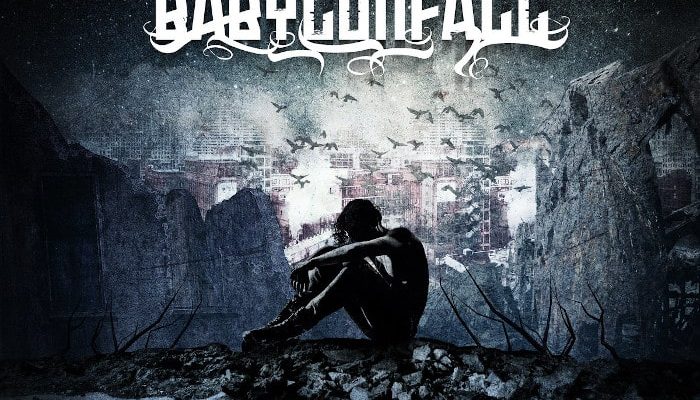 Babylonfall is a new Finnish melodic death metal band. They released their debut album ‘Collapse’ on April 24th, 2020 through Inverse Records. ‘Collapse’ was forged during late 2018 and early 2019 at Deep Noise Studios in Finland. It was recorded and mixed by Saku Moilanen. Mastering was done at Fascination Studios in Sweden by Tony Lindgren. Cover art was done by Finnish artist Petri Lampela.

The album kicks of with “Murder Of Crows“, a solid metal track with fierce guitars, loud drums and vocalist Okko Solanterä who gives his best with low grunts, some screams and some clean vocals. Then we have “Awakening” and damn it’s a heavy one, much more agressive, pounding drums and the clean vocals in the chorus that push it to a higher level without slowing it down. “Blood Will Be My Crown” brings in much more melody and shows yet another face of Babylonfall. “Silence” and “We Become One” are more of the same. They are great songs but miss that extra touch.

But that all fades away when “Celestials” blows out the speakers. The most catchy song of the album of which after a couple of spins you sing along to the chorus loudly. “Stars And Constellation” is a slower number and together with the lyrics gives you an uneasy feeling, but in a good way. If you close your eyes you can just drift away. We go further with “Wrath“, a song similar to “Silence” or “We Become One“; good songs and everything has been said. “Burning Daylight” brings back the groove, is more brutal and has more melody and catchiness. The album ends with “Distant Call Of Innocence“, which is the longest track of the album with 8 minutes of pure and slow low-tuned guitars.

All in all, Babylonfall‘s “Collapse” is a good album for a debut. It has everything a fan of melodic death is looking for. And now and then they use some nice doom metal tunes. I am looking forward to what else they’ll release in the future.