Home Grunge Badflower – This Is How The World Ends 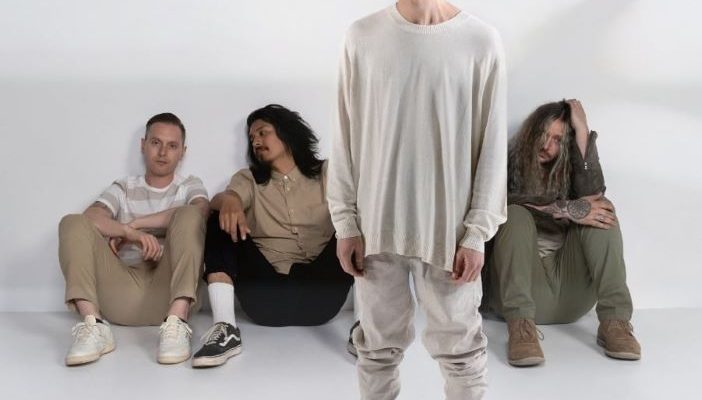 Badflower had been around since 2013 and is based out of Los Angeles CA. The four band members are Josh Katz (vocals & guitars) Joey Morrow (lead guitarist) Alex Espiritu (bass guitar) and Anthony Sonetti (drummer). They released their first EP “Temper” in 2016 and then their debut album “OK, I’m Sick” in 2019. More recently though (September 24 2021, to be specific) they’re releasing their newest album “This Is How The World Ends”. Before I talk too much about this album, I do want to put a little trigger warning here, there are mentions of abuse, suicide, and drugs. In “This Is How The World Ends” there is a whole other level of emotional vulnerability. It HURTS to listen to this album, but at the same time it’s therapeutic and gives you the sense that you’re not alone with whatever you’re going through.

I don’t know what it is but I’ve always been a fan of the drums in Badflower‘s music, they always make it easy to bop around to. Although given the contents on this release I think it’s more of a sit and listen to album rather than a get amped and head-bang one. Don’t get me wrong, it’s got up beat tempo’s but overall it’s better to soak it all in. I feel like Badflower always does so good at laying the instrumental tracks to go along with the vocals and it all blends so smoothly, it always ends up being a pleasant listen. Another thing to mention about these guys is that they pinpoint just how important mental health is!

While I usually try to pick out one or two tracks that I like the most but, in this case, I feel like each song resonates in different ways. I will say track 5 “Stalker” deserves an honorable mention for making me stop and say “WTF”! Anyway, If I HAD to choose one, I think it would be either track 11 “Tethered” or track 13 “My Funeral” and these two are tied for a couple of reasons. In my opinion “Tethered” takes you through the experience of being trapped or tethered in a very toxic and abusive relationship while people on the outside are saying “it’s easy, just go” but what they don’t get is the fear, anxiety and inability to just leave.  They don’t know the ins and outs like you do when you’re in the relationship.

The second song is “My Funeral” and this one pushed the point that sometimes your life is more valued after you die. One line I took away from this song is “everyone wants to be best friends with the recently deceased” which I’m sure we’ve all seen happen at one point or another, someone passes and their social media gets flooded with “we didn’t talk much.. BUT” or “I remember this ONE time when…”. These people who never really cared, come busting down the doors after it’s already too late because they want to be in the spotlight receiving “thoughts and prayers and sympathy”. After being down and out this song turns around with a different point of view that made me stop and say “wow, that’s a great point” and it goes like “truth is I’m afraid of death, I never could commit to that. While immigrants and refugees ride blow up rafts through deadly seas and here I am a privileged me with no concept for suffering, I think I’ll shut the fuck up and donate to a charity” Pretty eye opening, isn’t it? I love the ability these guys have to see things from other people’s perspective and show the bigger picture.

TAGbadflower big machine grunge rock this is how the world ends United States
Previous PostSons of Sound & Heart of Chrome (Saal 51, Calw/Germany) - 17/09/2021 Next PostPICK YOUR POISON: Amorphis' Legacy of the 1000 Lakes