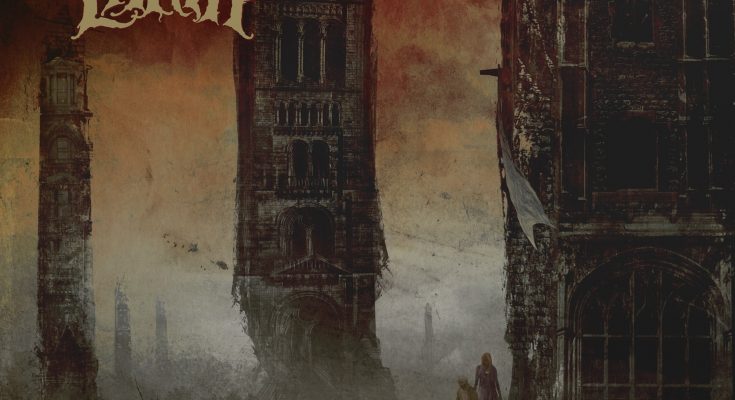 Barren Earth is a band floating between melodic death and doom metal with hints of progressive. They’re deeply rooted in the Finnish metal scene with the band members being currently or previously connected to acts such as Swallow The Sun, Amorphis, or Moonsorrow. After releasing two albums through Peaceville Records, Curse of the Red River and The Devil’s Resolve, they made the switch to Century Media for their latest work On Lonely Towers. The switch is accompanied by the introduction of a new vocalist. Jón Aldára provides a foreign touch to the Finnish band as he comes from the Faroe Islands, an archipelago somewhere between Norway and Iceland in the North Atlantic Ocean. There Jón is most known as the vocalist of a doom metal band called Hamferð, with which he won the 2012 Wacken Metal Battle in Germany.

After the light classical instrumental intro ‘From The Depths of Spring’, we kick off with ‘Howl’. Those familiar with Jón Aldára’s other work will instantly recognize his voice. With his growls straight from the grave and dramatic clean highs the man can make your spine chill. His voice caries more emotion than his predecessor Mikko Kotamäki, who has a more straight forward style of singing. There is a storyline connected to the album as explained by Jón Aldára:  “The songs describe different events surrounding two main characters. One is the hunter, who is attacked and maimed by predators, and the other is a small girl who runs away from her abusive parents. The two of them meet in a vast field on which massive, ancient towers stand deserted in decay. The girl vows to help the man recover in any way she can. It’s a concept based on the idea of accepting mortality, which, in turn, is interwoven with a few other associated themes.” With ‘Frozen Processions’ you can notice really big similarities with the work of Dan Swanö. Especially if you are familiar with his solo album Moontower! It is funny to notice the similarity in both album titles when you discover the sound. The same goes for ‘Set Alight’ where 70’s progrock seeps through the music and the keyboard provides a lot of the atmosphere. ‘A Shapeless Derelict’ throws us back into a more doom-oriented direction, drawing in their influences of Swallow The Sun. Similarly, ‘Chaos The Songs Within’ is musically very reminiscent of some of Amorphis’ earlier work.

The first part of the title track ‘On Lonely Towers’ is again doomier with lengthy instrumental parts after the middle section of the almost 12-minute track. Guitar players Janne Perttilä and Sami Yli-Sirniö really go all the way on this one. The last minutes you can just drift away on their melody lines. In the ‘The Vault’ things are suddenly broken down after three minutes and build up again slowly by the bass player Olli Pekka-Laine and drummer Marko Tarvonen. Keyboard and guitars gradually claim their part again but it is keyboard player Martenson who really picks up the pace halfway through the song. A great final progressive jam of the whole band to close off the album.

With an average song length of 7 minutes and influences from different genres and some of Finland’s most respected metal bands, Barren Earth provide a very pleasing and satisfying third album. Overall, it feels they slowed down a bit in order to put more diversity in their sound. I’m curious to see how their blend of progressive melodeath and doom will evolve in the future!