Home Hardcore Basement Critters – God Save Us As .JPEG 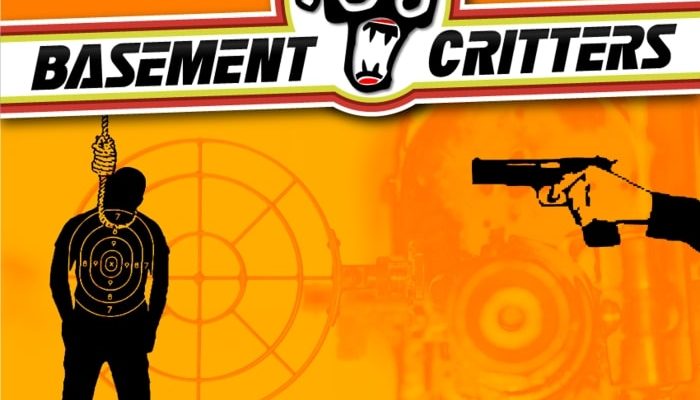 Despite COVID-19 2020 has been an important year for Basement Critters. After a trip to Germany to record their first EP, they went to Italy to record their first full album. Last May they released ‘God Save Us As .JPEG’ with a 50 shades of orange cover. On the left, a hanging man with a target on his shirt and on the right you see a hand holding a gun. For those who don’t know Basement Critters yet, these guys’ signature is the nineties vibe and groove. This time it seems like they’re protesting, according to the album and track titles, against modern technology, the world wide web and its social media.

A person’s social media story begins with creating a profile and so this album begins, without coincidence if you ask me, with a song called ‘Profile’. This song builds up slowly to get into the atmosphere of the album. It also feels like Basement Critters is playing with the rhythm, which creates a lot of variation in the song. You can also hear this rhythmic variation in ‘Point’.

Musically, Basement Critters stays true to their familiar sound in songs like ‘Liar’ and ‘Hero Dad’. The latter is a calm song, somewhere halfway the album, where you can perfectly hear how great Glenn and Sven sound together on the rhythm and melodic guitars. You can also hear this band is still experimenting. Thomas, for example, has found his way around vocal screams. I’m referring again to ‘Liar’, but also to the ‘Lucifer’ with these nice vocal ensembles we’d like to sing along to loudly.

I think this album is one Basement Critters can be proud of. Musically and vocally there’s a lot of variation and these five men really sound great together. I also really like the theme of ‘God Save Us As .JPEG’, so my advice to all of you is: put your smartphones down and have a listen to this piece of Belgian musical talent.