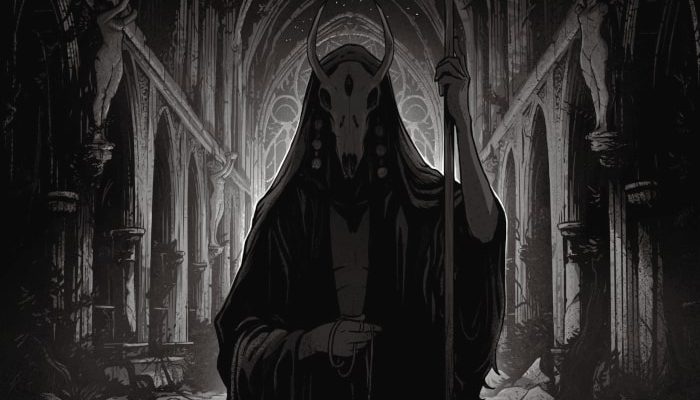 Belzebubs has been quite the phenomenon in the digital world. We’ve been able to follow the daily activities and troubles of the band and its extended family, resulting in many hilarious situations we’ve come to love. Now the warpaint clad dudes have come together and released an album that is finally available for us to listen to with ‘Pantheon of the Nightside Gods’ (as we still haven’t found their early obscure releases). A curious album by an intriguing group of characters… here we go!

We get greeted first by one of the singles, ‘Cathedrals Of Mourning’. An atmospheric slow intro with classy keyboards until Belzebubs unleashes its music in full force. While the looks of the band might make you expect a purely black metal sound, it’s rather in the veins of melodic death metal like for instance their country mates Insomnium, with a blackened fringe that is. But the same soaring melodies are there and epic riffs are blasting away. One thing that takes them away more from being a standard melodeath band besides the black metal touch, are the prominent symphonic elements by the hands of the mysterious keyboardist Desibelius and the angelic backing vocals by Skvllcraft, bringing in a touch of symphonic metal like Dimmu Borgir for instance. It’s a rather accessible version of extreme metal, but not less pleasing.

Lyrically they stick consistently to the occult and Satanist themes you’ve come to expect from this gang if you’ve followed their adventures online. I must say I was rather surprised by the apparent seriousness of it all. If you wouldn’t know about their hilarious gags, you couldn’t have guessed really. The music videos are a pleasure to watch though and bring that comic element back somewhat.

The track ‘Blackened Call’ could serve perfectly as the theme song for Belzebubs with damn catchy melodies and a thunderstorm of riffs, drums and different names for the devil. Maybe something for when they ever make the step from comics to an animated version. Most of the songs have a similar sound to them, but it never really gets boring. One track that really sticks out is definitely ‘The Crowned Daughters’ featuring the soothing clean vocals from Mørkrost, really lifting their sound to an even higher quality. And after that they go back to a full-on symphonic blast fest with ‘Dark Mother’, seemingly hitting harder than before with the over 9 minute epic.

Belzebubs‘ first public release ‘Pantheon of the Nightside Gods’ wasn’t necessarily what I’d expected maybe, but I ain’t complaining. It’s a release I find myself returning to on regular occasion, and I can’t really find a totally bad track on it. If you’re looking for some relatively accessible occult extreme metal with plenty of melody and soaring symphonics, you’re at the right address here. Like mentioned before: think of a mix between Insomnium and Dimmu Borgir and you won’t be far off. A fun release. Looking forward what else might come from them. 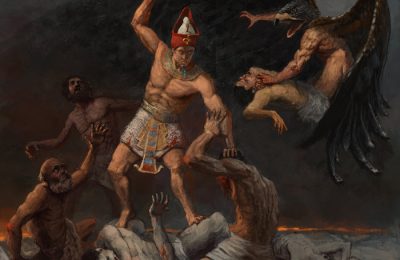