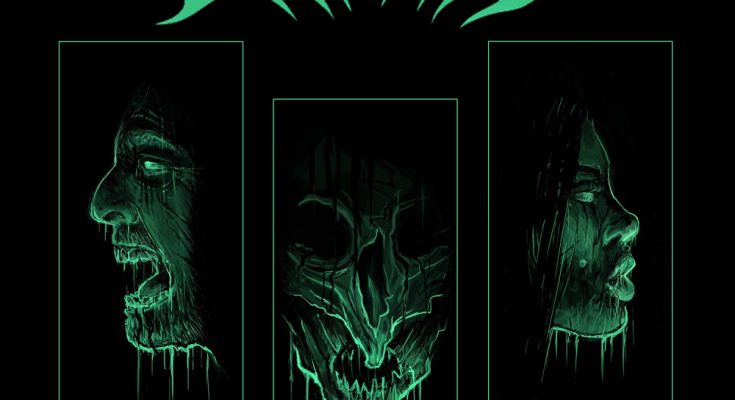 French brutal death metal ensemble Benighted have yet again blessed us with a new release, and not even that long after their last album. 2017’s Necrobreed was in itself a brilliant show of what a deathgrind release should hold. They are presently releasing Dogs Always Bite Harder Than Their Master, a new EP which includes three brand new tracks, one cover and a couple of recordings from their 20th anniversary show in Lyon.

This EP boasts three original jackhammering tracks that will pound your face into dust. Teeth and Hatred and Martyr might just as well have sprung from Necrobreed. I’m not going to call them Benighted classics because there is no such thing. If you’re a fan, you’ll know that nearly every single one of their releases sound completely different. The title track on this EP sort of follows that pattern. Last month we saw Aborted, another one of the BDM greats, embracing a more melodic approach on their latest masterpiece TerrorVision, which to me stood out as being a positive aspect in their continuation (read the review here). You’ll hear Benighted may be getting more and more curious about this too, as the track is still typically brutal and grindy as hell but balanced with plenty of catchy melodies. Coincidentally the track features Aborted‘s Sven “Svencho” de Caluwé on vocals, as well as Der Weg Einer Freiheit‘s Nikita Kamprad. My hypothesis may be lightly supported by the fact that Benighted decided to put out a cover of At the Gates‘ Slaughter of the Soul. A classic in the melodeath genre. Or maybe it’s all just in good fun, and we shouldn’t think about it too much as we enjoy these bonus tracks to their already awesome discography.

The rest of the album comprises of their live performance in Lyon, on May 5th of this year. And what a performance that must have been. On nearly every track, vocalist Julien Truchan is backed up by a different guest appearance: Black Bomb A‘s Arno, (perhaps most memorably so) Shining‘s Niklas Kvarforth, Unfathomable Ruination‘s Ben Wright, and unsurprisingly Aborted‘s Svencho. Usually live recordings don’t really do it for me, but it is interesting to see, or hear if you prefer, how Benighted celebrated their 20 years of existence by sharing the stage with all that talent.

Benighted will soon be touring alongside Aborted, and they will grace us with their presence at the next Shades of Black ‘n Death: Masters of Grind (SOLD OUT), at De Casino in Sint-Niklaas, on November 3rd together with Pig Destroyer, Cryptopsy, Cytotoxin, Haemorrhage, and many more 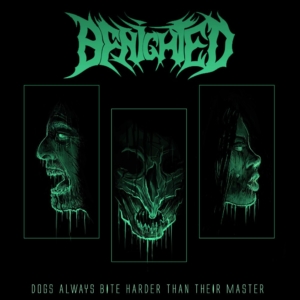