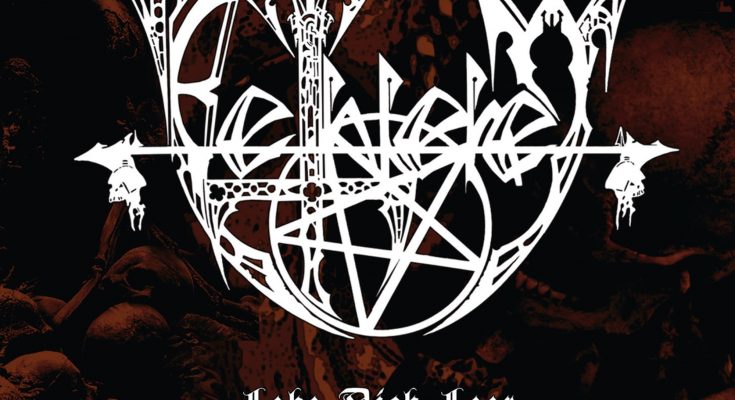 Once upon a time in a country far, far away, in a small town called Bethlehem there was a young, expecting couple looking for a place to sleep. No hold on , wrong story….

Once upon a time, before the likes of Shining, Xhasthur, Forgotten Tomb and many others popularized this bizarre off shoot in extreme music called suicidal or depressive black metal, there was this bunch of weirdos from Germany  called Bethlehem. They created a unique never before seen kind of maniacal blackened doom hybrid they themselves called dark metal, in analogy to their eponymous debut.

Their first three records, being the aforementioned first album , ‘Dictius Te Necare’ and the aptly monikered ‘Sardonischer Untergang im Zeichen irreligiöser Darbietung’ or  ‘S.U.I.Z.I.D.’ for short, still stand today as genre defining classics that you simply need to have in your collection.

After that tryptic, the band chose a somewhat different path, more in an industrial vein with a penchant for pop structures. Not unlike their compatriots Rammstein actually.

They kept to that road for about a decade in various constellations with varying degrees of success. Much of their original fanbase resented this shift to a seemingly more commercial sound. That accessible semblance was only skin deep however, as lyrically they remained as controversial and intangible, if not even more so. In any case it can be argued that the band reached artistic rock bottom with the misplaced faux pas that was the pseudo-rerecording of ‘S.U.I.Z.I.D.’ with Niklas Kvarforth on vokills.

The band got a new lease on life when they signed to Prophecy Productions once more for the near unpronounceable ‘Hexakosioihexekontahexaphobia’. That one was in a sense the closing part of their second, sonically softer trilogy.

It was followed up by the self-titled album ‘Bethlehem’, which saw a deliberate, pronounced return to the dark metal of yore, with once more an almost fully new lineup.

Jürgen Bartsch was the only constant throughout the decades, but for ‘Lebe Dich Leer’ that lineup had stayed relatively stable with only the drummer being swapped with one from an earlier incarnation.

The title translates somewhat as “live your life until you are emptied out”. So carpe diem baby, but with a rather ambiguous twist. I would not have expected anything less from Bartsch and co.

Onielar, who had taken her place behind the mic three years ago is also still with them. Her vocal contributions hark back to maniacal, agonized shrieks of the ‘Dictius Te Necare’ days. As ever, they are quite the acquired taste. Fans of the French acts Ataraxie and Funeralium will definitely adore her voice though.

It fits the desperate atmosphere of their music like a latex glove. Like on the previous record the latest album has abandoned the restrained gothic style of the past decade for a renewed sense of depraved insanity; much of which is really do to the performance of their enigmatic, new frontwoman. For the old fans they lost along the way, this might be an ideal moment to embark once again on the road to Bethlehem.