Home Extras GRIMM and Chill: Black Sabbath – The End of The End 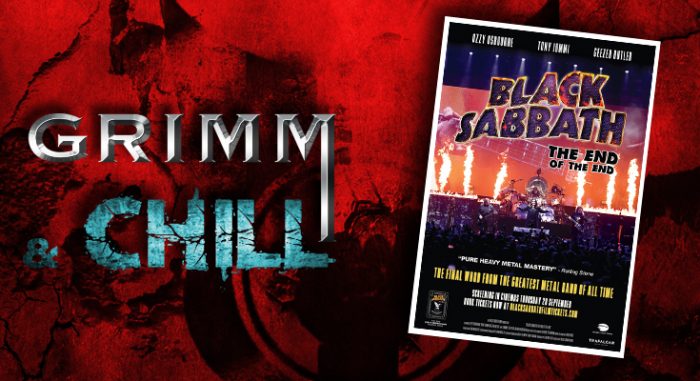 On the silver screen you can find plenty of metal, rock and the lot infesting movies and series. It can go from documentaries digging deeper into some music history to movies featuring a metal/rock band as the main characters or even musicians giving acting/directing/script writing a shot... We're taking it upon ourselves to give them a proper screening and tell you all about them.

So turn to channel GRIMM and chill... 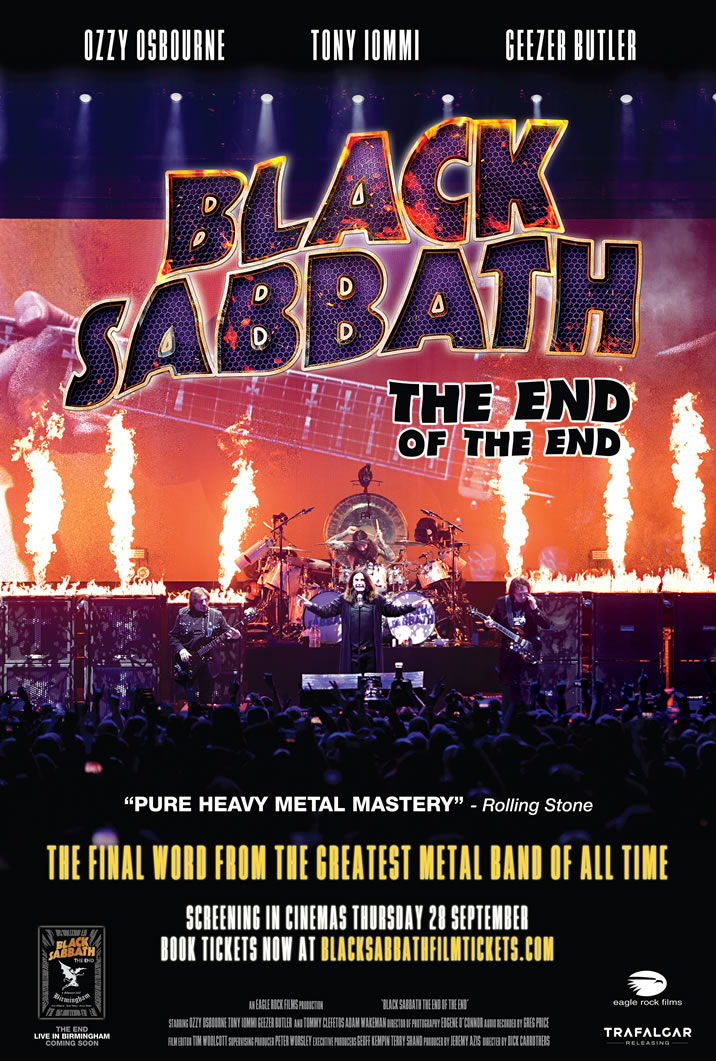 Thursday, September 28th 2017, The end of The End, a concert movie about Black Sabbath’s retirement was screened worldwide in the theaters. It all started with Ozzy, Iommi and Butler talking about how they feel about ending with Sabbath while they’re walking towards the stage to put on their last ever show. The live footage was filmed in Birmingham (England), the city they were born in, the city of steel a.k.a. the city of heavy metal.

The movie exists out of two big parts. First there’s the live performance and a rehearsal, with them speaking through it. Then after the credits, there’s an extra interview. This was something unclear because I heard a lot of people walked out the theater after the credits, so they missed out on something special.

The quality of the movie was unbelievably good. I was kind of surprised by it. And of course, the music was great. I don’t know if it was a coincidence or not, but it was screened on the anniversary of Never Say Die! and also earlier that week Vol. 4 turned 45 years old. That thought made it all even more special for me.

This movie is heavy metal history. I don’t want to spoil too much, but it gave me goose bumps and made me cry. I mean, they played The Wizard and Changes, which they haven't done for decades.

Tony Iommi also talked about how hard it was to get their record 13 done, when he was suffering from blood cancer. Then Ozzy added that his courage and perseverance were unstoppable. The three of them didn’t ignore the fact that Bill Ward wasn’t there. They’re all still good friends and hope to play some shows together again, but they’re not interested in touring anymore. Honestly, I think it’s kind of odd they never mentioned something about the non-Ozzy eras, which definitely had a huge impact on the band, whether you love them or not. It’s still some kind of goodbye movie about the most important metal band ever, so they really missed a chance there.

Ozzy, who many may know as a crazy rock star, really surprised me here. The Prince of Darkness mentions the consequences of drug abuse many times, which may be a good thing for the younger watchers.

I definitely enjoyed the movie and I’m looking forward to pre-order the DVD, which will be for sale by November 17th. I think everyone should see it and it’s also a shame they didn’t really promote it. Many people I know, didn’t even know there was an exclusive movie/documentary screened and missed out. Luckily, there's still a chance to get it on DVD, because it's an essential part in everyone's collection. As I said, history has been written.

Is it the end, my friend?