Home Metalcore Bleed From Within – Fracture 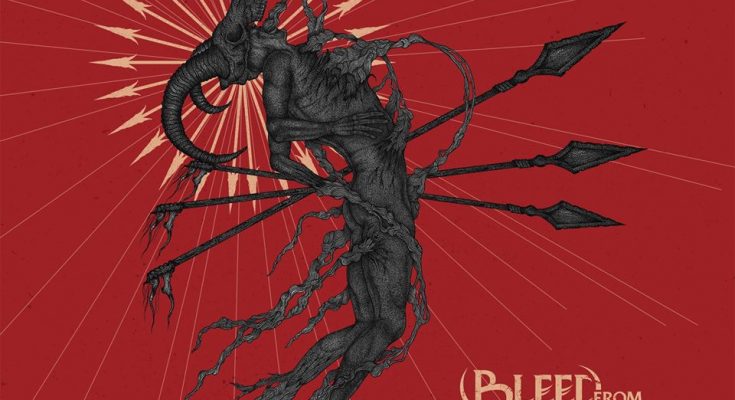 Bleed From Within is a Scottish metalcore band formed in 2005. We had to wait until 2009 for their first album, ‘Humanity’. One year later they were at it again with their second album, ‘Empire’. In 2013 they released ‘Uprising’ after which I lost them a little. We had to wait 4 years for their fourth one, ‘Era’, but I didn’t even know that they released an album, so I was trilled to review their fifth album, ‘Fracture‘. Here we go.

The album starts with ‘The End Of All We know’. It’s one hell of a starter and exactly what we can expect from Bleed From Within. Heavy core riffs, a breakdown here and there and a catchy chorus. A hell of a start. ‘Pathfinder’ goes further where ‘The End Of All We Know’ stopped. Harder, faster, better. Vocalist Scott Kennedy hasn’t lost his strength and the massive melodic riffs just gave me goosebumps.

‘Into Nothing’ and ‘Fall Away’ are what we call standard metalcore songs. Straight forward, nothing more, nothing less. It’s not bad, but it’s nothing we haven’t heard before. With ‘Fracture’ we’re getting back on the right track. It’s a slower song and a little experimental with slow clean vocals. It’s a side of Bleed From Within we haven’t seen before.

Then we have ‘Night Crossing’, their first single and video and my absolute favorite. Just have a look at the clip, it’s genius. Keep an eye on the bottle. They pass it along in every window. And it doesn’t stop there. We get a guest appearance of Matt Heafy from Trivium. No guest vocals, but an amazing solo.

‘For All To See’ is another beauty. The riffs that they play are just awesome. They give the song exactly what it needs. The same for ‘Ascend’, a nice mix of melodic riffs with some clean vocals. ‘Utopia’ is yet again a standard metalcore song. The album ends with ‘A Depth That No One Cares’ and here we get everything: massive riffs with some clean vocals and grunts. An ending in style.

The fifth album of Bleed From Within is one with two faces. On one side you have the marvelous songs that give you goosebumps and on the other side you have the fillers. Good metalcore songs, but nothing we haven’t heard before. Still, everyone who is into metalcore will love this album.