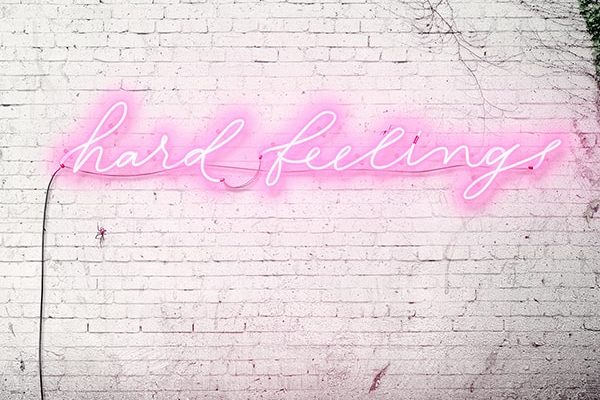 A mysterious sound opens the album. Like listening to a void, a circle that opens out of nowhere. Then the guitar kicks in for a metalcore-ish sound. The guitars calm down and the clean voice of lead singer Beau Bokan kicks in. Later followed by the scream vocals of Jared Warth. ‘Wishful Sinking’, a powerful opening song about holding on and not being able to let go. You’re getting lost in the void that opened the moment the album started. This song combines clean calmness and distorted chaos with traces of techno left behind in between everything.

The song ends slowly, leaving you waiting in patience for the next song ‘Find Yourself’. You’re still in that void. But this time deeper than before. People trying to help you, but you don’t seem to be able to reach for the hand that’s reached out to you. You have to find yourself first before you can climb out of that void and leave it behind. During this song, the same elements of the previous song are used. A splash of techno, a touch of cleanness and a whole lot of powerful feelings going on in the background. And maybe also a touch of mystery.

‘Hard Feelings’ is the 4th album of the American metalcore band Blessthefall, originated in Phoenix, Arizona. Why did I say metalcore-ish sound in the beginning and not just metalcore? It’s so much more. It’s not just plain metalcore. It’s a piece of techno, futuristic, mysterious sound with metalcore as it’s base. Not your typical everyday metalcore band for sure. The only thing is, the same element is used for all the songs. So after a few songs the mysterious and different element is not so surprising anymore. Which is a bit of a bummer.

Nevertheless, the album is still a high quality album that deserves to be heard.

The albumcover is pretty simple: a white brick wall with pink neon letters saying ‘Hard Feelings’. On the left corner, the wire that powers the letters is seen. The funny thing is that happy, pink neon letters don’t really match the deep feelings that are being talked about. A controversy is created here, which invites the hand who grabs the album to buy it and think even more about the words that are said.

The last song on the album is ‘Welcome Home’. You did this whole journey throughout the album. You’ve been through that void, but you got out even though it wasn’t easy. Welcome Home. Embrace the people around you, embrace your family. A beautiful ending of this journey through all the feelings that passed in the previous 40 minutes.