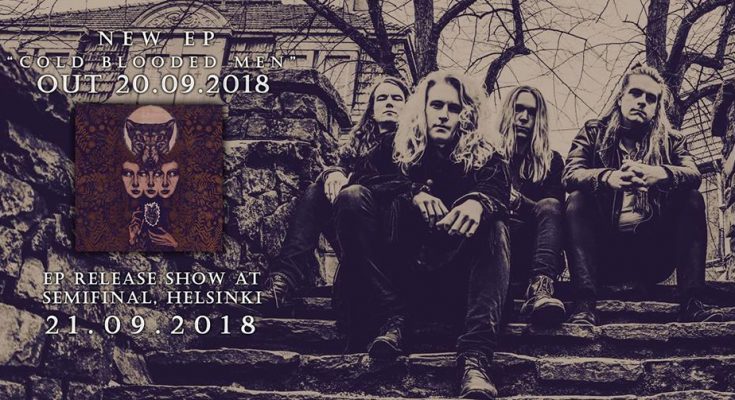 Finnish psychedelic/vintage rock band Blue Eyed Sons just recently released their new EP “Cold Blooded Men”, which was received very well by me personally (for the review go here). So it felt obligatory for me to be at their release show at Semifinal, the smaller room that the legendary Tavastia Club has on the side. Curious to see if they also stepped it up live and how their new bassist Aapo Hanhiniemi fit in with the group and if the support act Enter Rana would be a great discovery as well, I showed up early at the tiny venue in the middle of Helsinki…

More than early enough to catch support band and opener of the night: Enter Rana (***). Not completely sure what to expect of this band, I was sort of hoping on the kind of seventies inspired rock music like the band they supported. What we got was something quite different. Instead this band brings a sort of rock that was dubbed as indie rock a couple of decades ago and hipster music not too long ago. Whatever you call it, it was definitely well-crafted and intricate music with a very special vibe. 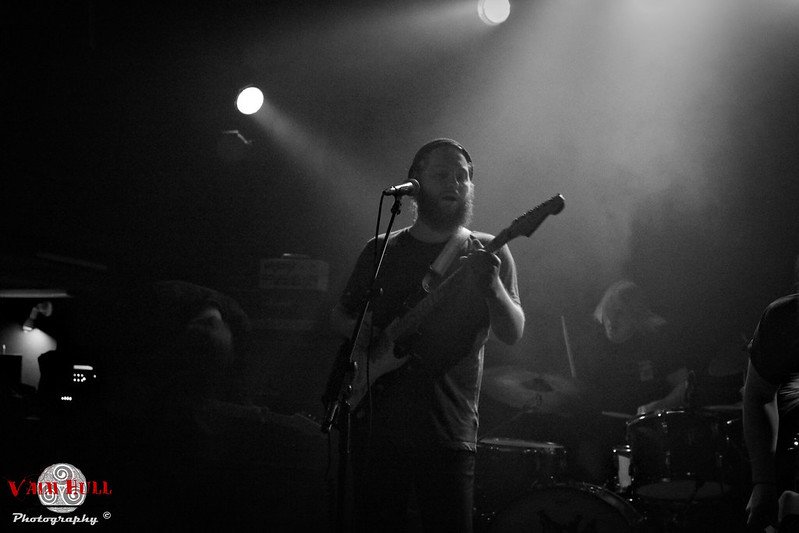 Going from calm and atmospheric moments where the soft voice of the vocalist took the reigns to the more soaring and heavy parts where the guitarists really threw themselves in the performance, they had a lot of good moments during their show. For me personally the music was maybe a tad bit not exciting enough live. Don’t get me wrong: I enjoyed it, but I seem to enjoy their music a whole bunch more when I get to sit down at home and get to hear all the intricacies and details in their compositions. 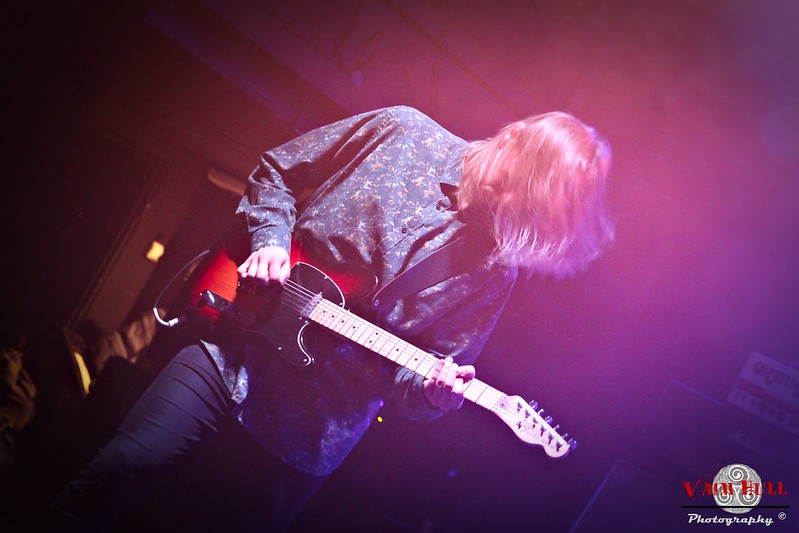 And then it was time for Blue Eyed Sons (*****) to hit the stage. Straight from the start this was clearly the Blue Eyed Sons I earlier fell in love with: high energy, obvious passion and an unmistakably big hard blues rock groove & swagger. With the addition of their new bassist Aapo, they seemed to have found a new life compared to how I saw them earlier this year as support  at the Shiraz Lane release gig. 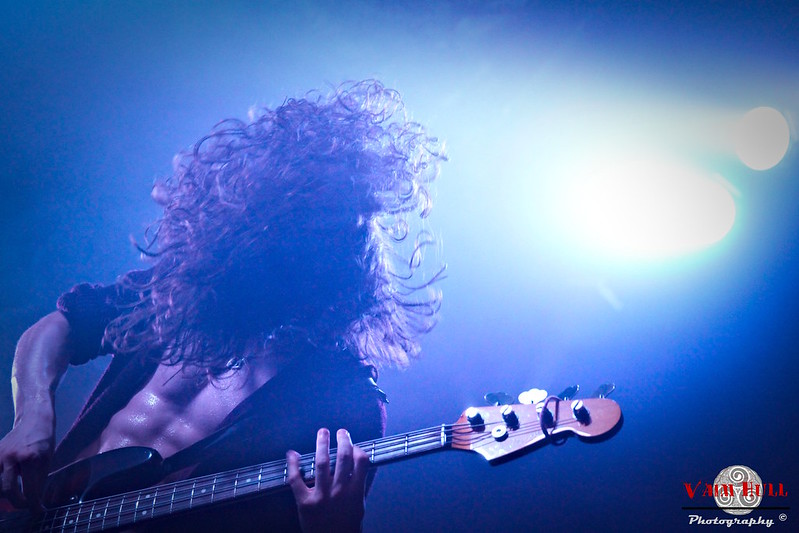 Besides some of their classics and popular tracks Swan, Animals and of course Witches, the new tracks from the Cold Blooded Men EP bring them to a whole new level. The Cold Blooded Men track was every bit as doomy, soaring and creepy as on their release, if not more. And Lion’s Mouth is even live an absolutely beautiful song in which Joel‘s vocals simply shine. The couple Liar and Lonely Wolf was from start to finish damn groovy, heavy and rocking. Especially Lonely Wolf brought a level of heaviness that I haven’t seen before of these guys! 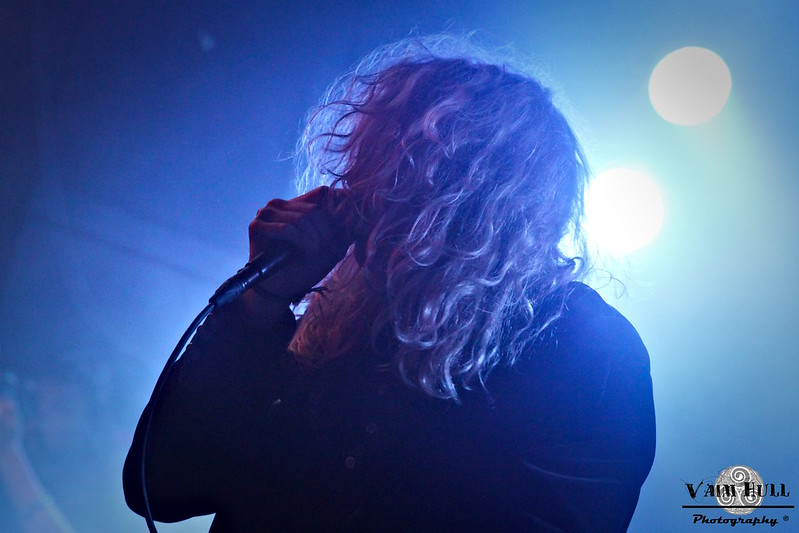 After an instrumental track where the 3 other guys got their moment, Joel appeared on stage again in his signature make-up looking as if the wings of a raven were draped on his shoulders and bearing gifts under the form of a whisky bottle that went around the crowd in a shared celebration. They closed with their classic cover of Led Zeppelin‘s Immigrant Song, which might not be exactly like the original, but always amazes me how friggin’ close they get in sound and feel. Just like their new releases, also live they seem to grow almost every time I see them. A great band with a shitload of potential that could accomplish even bigger things than they already have in the future! 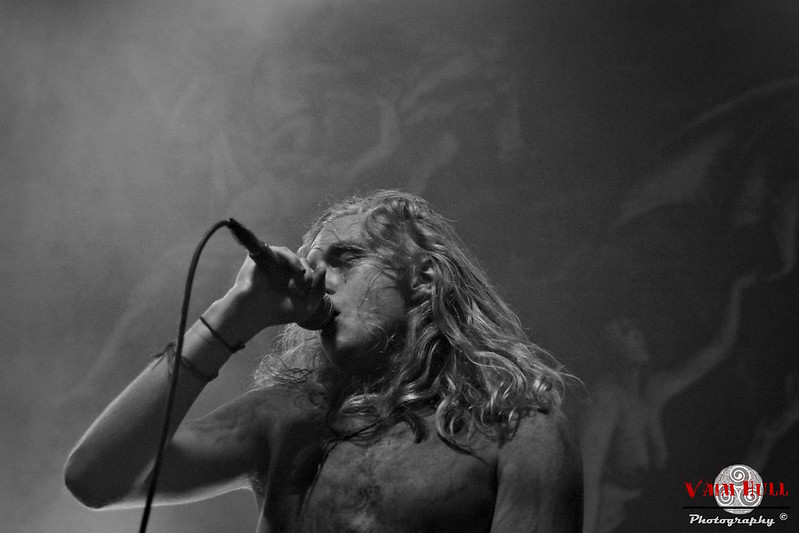 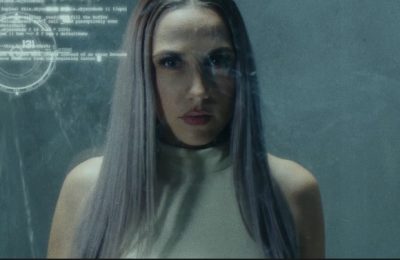