Home Black Metal Botanist – Collective: The Shape Of He To Come 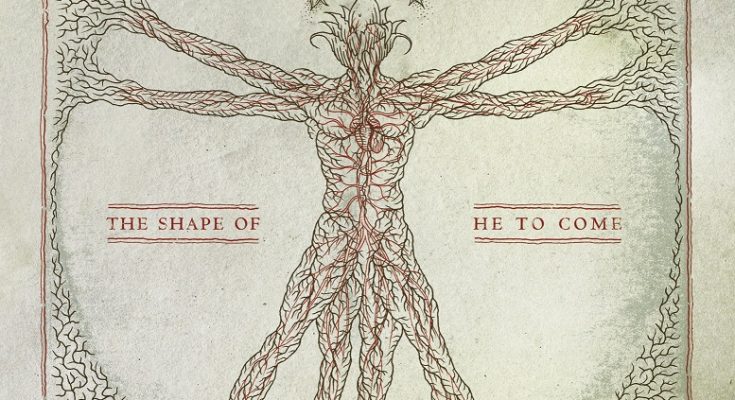 The first thing coming to mind while listening to Collective: The Shape Of He To Come, is that Botanist creates some truly unique music. Post-Black Metal with hammered dulcimers as carriers of the music, it isn’t quite the everyday thing in the Black Metal realm. When on top of that, these hammered dulcimers are electronically amplified and distorted into a chilling yet calculated cacophony, many arm hairs reach for the sky. Collective is the first album published as an actual band, as opposed to no less than eight predecessors. So what’s new?

Praize Azalea The Adversary is a sombre intro introducing once more the weird, sitar-like instrument. Its sound immediately creates a certain distance to our normal world, both exotic and primordial at the same time. The strange rhythms of the additional drums and bass guitar – Botanist must be the first and only metalband that is not using any actual guitars – and the insane screams of Botanist-vocalist Otrebor, are enough to set the tone from a little weird to completely – but deliciously – fucked up.

From The Shape Of He To Come on, we can also hear an entirely different side of Botanist. The high, lingering, weeping tones of the dulcimers have a tender, caring, dreamy undertone. They also keep the music somewhat light, as the ridiculously overflow of bass on drums and bass guitar cannot be anything but a (dubious) musical choice. The latter is quite a pity: with a more balanced mastering, the purifying sound of the dulcimers would be able to take their rightful place in the spotlights even more. In the middle of the song, all metal is left behind for a dulcimer piercing right through your spine playing a slow, enchanting melody. Screams and clean vocals alternate and the layers in clean vocals serve a double effect: on the one hand, there is an irresistible (yet probably subconscious) link to the atmosphere of Demons And Wizards, on the other hand the music is bathing in a semi-religious aura.

This is strongly present in the liturgical chanting at the start of The Reconciliation Of Nature And Man. At the same time, it must be said that Botanist’s qualities really lie in the originality and sound of the hammered dulcimers. In terms of playing metal, it still feels a bit disappointing… The all-overwhelming drum and bass rhythms just keep following trodden, even amateur-level paths. More interesting bridges between musical parts are often completely ignored. But just when you’ve almost had it with the mediocre metal, the dulcimers hit with full delusional force! The end could easily be a soundtrack for a bizarre Japanese eighties-thriller.

On And The World Threw Off Its Oppressors, all metal is abandoned completely. It is an acoustic track bathing in a neofolky atmosphere to the likes of The Moon And The Night Spirit and possibly Faun, too. This song emphasizes the theme Botanist is all about: humanity has long exterminated itself and plants are taking back the planet. The apparent visual utter boringness of this event alone makes it a truly genius approach. It quickly becomes clear that the plants have a quite complex universe… The awesome thing is also that the sounds of the dulcimers make you believe you can actually hear the plants grow in their dark, moist lairs. Throughout the album I had a continuing vision of professor Sprout’s mandragora’s having a slow, sombre and dark party at the greenhouses of Hogwarts. Sound and theme match in an unprecedented way, amply compensating for the mediocre metal!

Upon Veltheim’s Throne I Shall Wait starts off with rhythmic dulcimer strumming and a multivocal religious duet. A devastating bass – and drumline joins in and the pace remains low and doomy, but at the same time the whole is pretty melodic and almost uncomfortably melancholic. This is truly a beautiful, serene, esoteric track and one of the most balanced and varied songs on the album, with creative use of bass guitar here and there and a strong construction mounting in complexity. It keeps striking us how different, unique and somehow awe-inspiring the atmosphere of this hymn to the vegetal world is. The outro To Join The Continuum confirms this once more with a bizarre ringing sound, which is from now on the official way I imagine plants communicate in their dark earthy halls.

Compared to their previous work, the sound of Collective is more full, the music more complex, the emotion more expressive, vocals more mature and atmosphere more convincing. With Collective: The Shape Of He To Come, Botanist reach their full growth and flourish like never before. In terms of metal there is still a lot of work to be done, but the totality is still an enchanting musical adventure you must have heard and seen at least once in your life. It doesn’t really compare to any other band, but fans of Lifelover might like this.

Translated into English based on the originally Dutch article by the same author on www.musika.be

Release Date: September 1st, 2017
Record Label: Independent
Tracklist:
1. Praize Azalea The Adversary
2. The Shape Of He To Come
3. The Reconciliation Of Nature And Man
4. And The World Throws Off Its Oppressors
5. Upon Veltheim’s Throne Shall I Wait
6. To Join The Continuum 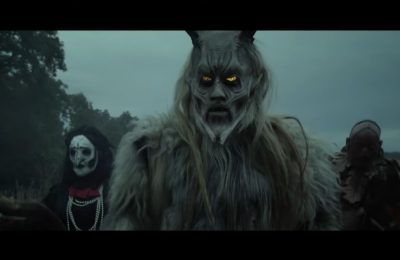