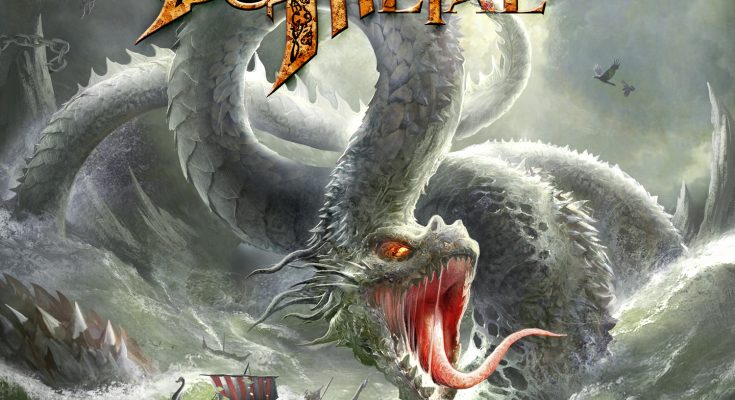 It’s been almost three years since these Swedes, hailing from Falun, self-released their debut album ‘Prophecy of Ragnarök’ back in April 2017. After signing to AFM Records, the success of that album was further cemented through a worldwide release in November 2018. Such success however can also become a burden, as it puts a lot of pressure on the band to reach the same level of quality on their highly anticipated sophomore effort. Have Brothers of Metal succeeded in meeting those expectations? Read on and find out.

Like so many metal bands before them, Brothers of Metal draw inspiration from Norse mythology. Their music could be described as the lovechild of Amon Amarth and Sabaton. The subject matter of the former, combined with the more commercially accessible sound of the latter. With some influences from Manowar thrown in for good measure. While this isn’t exactly the most original of combinations, Brothers of Metal manage to differentiate themselves by being an octet comprised of three vocalists (one female, two male), three guitar players, a bass player and a drummer. The leading duo of Ylva Erikkson’s angelic voice, combined with Joakim Eriksson’s rasping growls, is what gives Brothers of Metal its distinct sound. They complement each other perfectly. Vocalist Mats Nilsson also has a key role, though mostly in a supporting capacity and occasionally as a narrator.

The album starts off with such a narration on ‘Brood of the Trickster’. The accompanying sound of crackling firewood creates a certain atmosphere, as if you are sitting around a campfire at night, listening to the beginning of an epic saga about gods and monsters. Then ‘Powersnake’ kicks in, the first of three mighty songs, each of them dedicated to one of Loki’s children: Jörmungandr, Hel and Fenrir.

The rest of the track list is a combination of songs about characters and events from Norse mythology, interspersed with songs about glory and camaraderie among (metal) warriors (e.g. ‘Kaunaz Dagaz’, ‘Brothers Unite’ and ‘One’). Such songwriting is very reminiscent of Manowar and can therefore get quite silly and laughable if taken too seriously. Luckily, Brothers of Metal avoid these trappings by embracing a more comedic approach to their songwriting and their image. Take for example the lyrics of ‘Theft of the Hammer’, in which Thor warns a thief to give him back his hammer, “or I’ll go tell my dad”. This playful approach is also visible in their music videos.

As a whole, the album is very similar to ‘Prophecy of Ragnarök’. There are fast-paced highlights, such as ‘Chain Breaker’ and ‘Ride of the Valkyries’. There is the obligatory ballad with ‘Weaver of Fate’. Occasionally some tracks will also incorporate folk elements, such as ‘Njord’ and ‘To the Skies and Beyond’. There is, however, also room for creative growth in the combination of vocals and instruments. This is most noticeable on the epic 7 minute title track. After a hauntingly beautiful intro, reminiscent of Peter Jackson’s The Lord of the Rings trilogy, the song gradually builds in complexity with various verses, bridges and instrumental parts.

With ‘Emblas Saga’, Brothers of Metal prove once again that they are a force to be reckoned with. They managed to exceed my expectations, by delivering more of what worked before, while also growing in diversity and skill. I’m also quite fond of the cover artwork, which is once again provided by Peter Sallai (Sabaton, Amon Amarth).

For the collectors among you, the album is also available in a limited box set containing the digipak CD, a leather gauntlet/wristband, a booklet with liner notes, a signed autograph card and a certificate of authenticity.