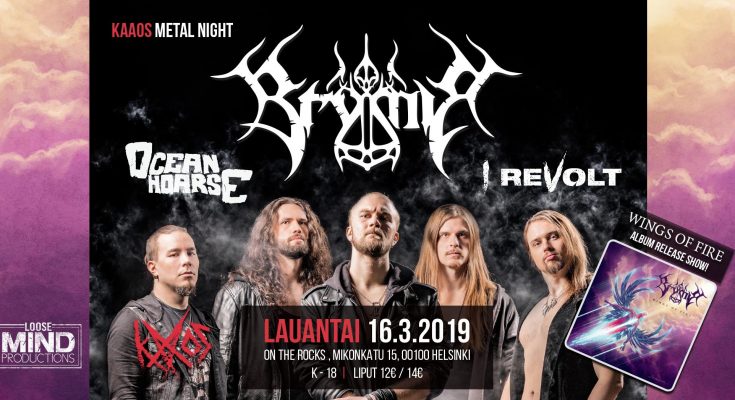 Finnish melodic extreme metal outfit Brymir released their new album ‘Wings of Fire’, filled with one after the other epic metal track. So we just had to be there when they announced a release show at the On The Rocks venue in Helsinki. Throw 2 more Finnish bands on top of their game into the mix with Oceanhoarse and I Revolt and you know you’re in for a good night of metal even on a rainy evening.

Coming in the venue of On the Rocks, first thing I noticed was the change of mapping of the downstairs location. Due to a technical aspect (a fire or a gas leak) they had to renew the complete ground floor if the venue in order to make it presentable again.

Opener I Revolt (***1/2) started the show of this evening. At first I had the feeling they were not completely into it yet. Maybe because there wasn’t a lot of audience at this early time? Anyhow, they started with a bang! The headbanger-fans were present from the first song onward. The second track they played, Iron Wall, was not less than the previous song and the ones that came after. The little audience that was there already clearly enjoyed the show, at least the first row was for sure! I Revolt played some kick-ass songs and the band kept the audience alive during the whole set. 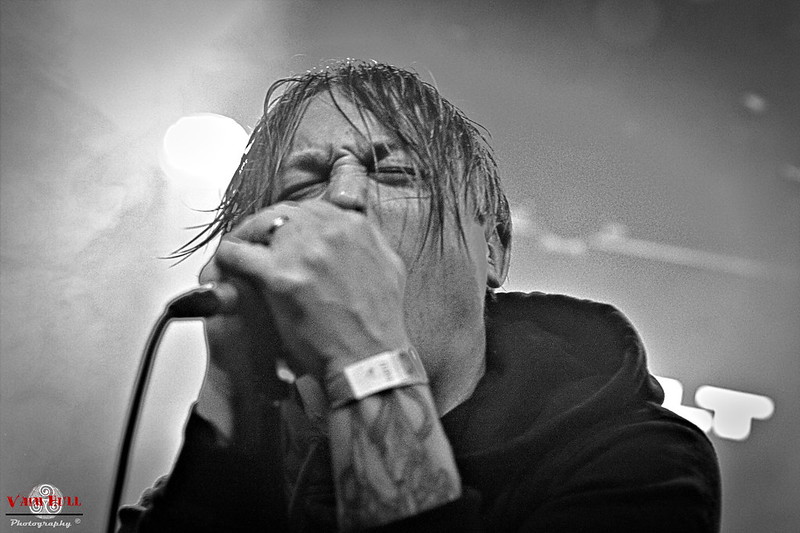 Something noticeable about this band is the drummer. For my taste he gave a pretty good impression of how to play rhythmical and accurate. One of the more easygoing guitar solo’s reminded me a little of Santana. A good alternation between all that ‘violence’. During the mosh pits that entered during the whole show it looked like a complete mess as an outsider. But I pretty sure all people inside enjoyed very much the feeling of absorbance into the music.

Singer Ville Jantunen had a good interaction with the audience. Although, as mentioned before, there was a more active and also a passive group. During all heaviness one man of the crowd kind of collapsed. After checking up on him the show just continued as he was being fine that moment. 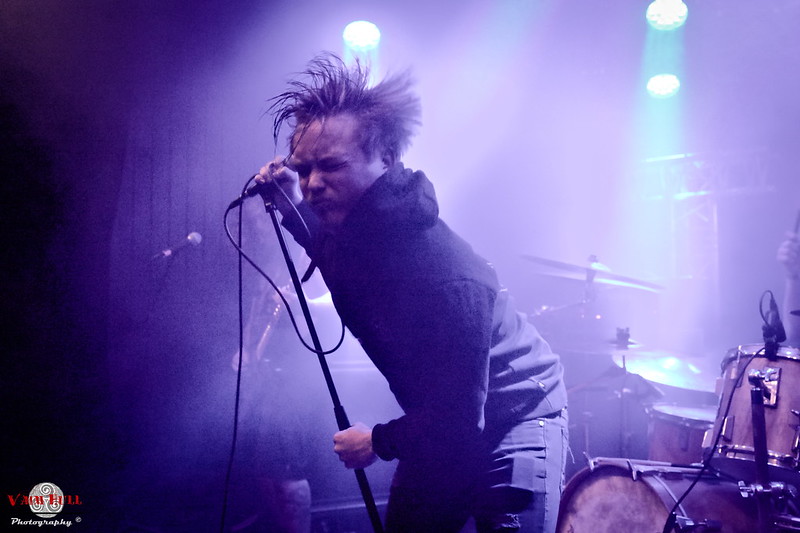 Second band Oceanhoarse (****) was quite a surprise! With little bits of electronica between the heavy metal genre it was refreshing to see the guys perform. I dare to say that at certain points I even heard a little of poppy influences. As I did my research I found out that this band is working only on one song at the time. This means they can test very well how to perform these certain songs before recording them on their albums.

Actually Oceanhoarse is a quite young or new band. Their first debut single was played on the Finnish Radio Rock channel only in January 2018. 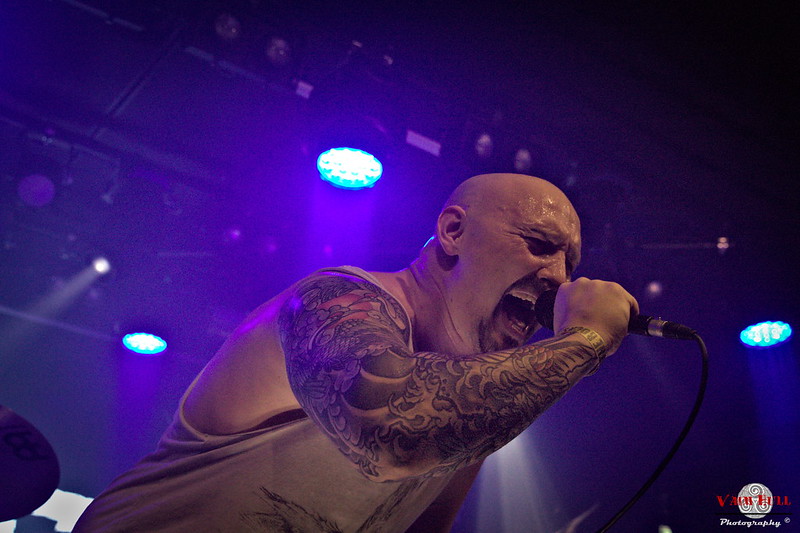 For some reason the crowd at this concert didn’t seem too excited about this band unfortunately, but personally I liked this more than the previous band. Anyhow I can tell that the audience did like the performance in a more easygoing way.

In my opinion the mixing was not perfectly done. The singer sounded quite soft in comparison with the other musical instruments. To be honest maybe singer Joonas Kosonen was not always singing exactly in tune but anyhow it didn’t bother the performance. 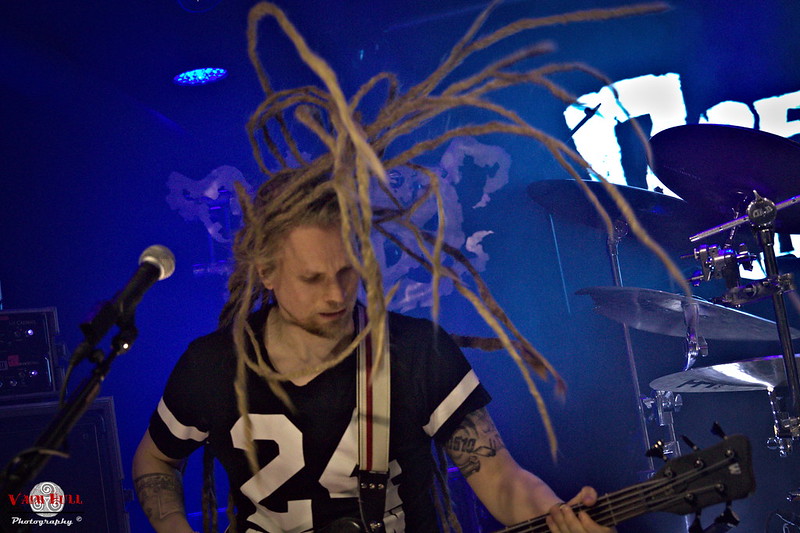 At the end of the set of these ocean creatures(?) there was kind of a surprise for those who hadn’t caught the band live before! Suddenly during one of the last songs the mascot of Oceanhoarse came on stage, ending up even taking over the guitar to shred the living shit out of it. The real “Oceanhoarse” so to say. The mask looked really cool and I agreed with other people from the audience that is quite impressive for such a young and new band to already have a mascot and show like this. It works!! 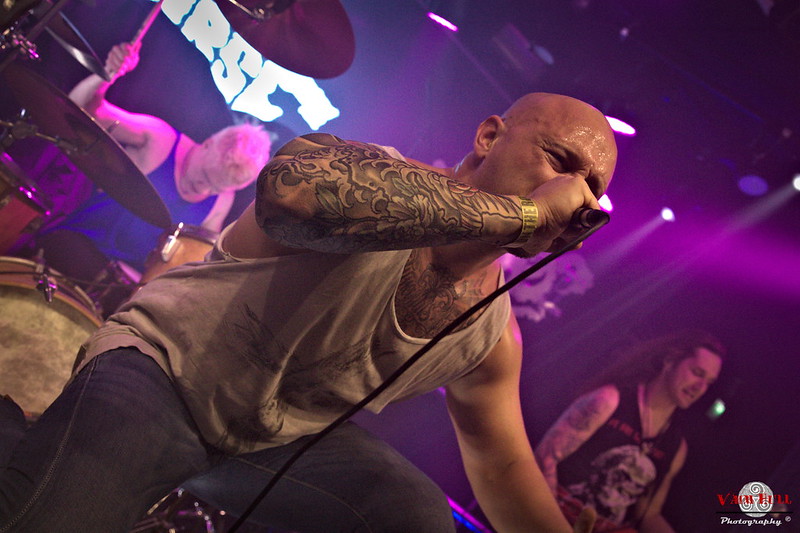 Then finally it was time for the guys of Brymir (****1/2), the main act. Again it was kind of hard to not focus on the mixing that was not completely done according my personal taste. But a little later I got so lost in the beauty of the guitar with F-Holes that I stopped noticing the little errors. Or maybe they just fixed them without me noticing it from the thirds song onward?

It was pretty obvious that Brymir was the main act of this evening. The moment they started the audience went insane and got all crazy. The little more complex polyphonic parts of the songs who were played got my interest at fullest. This band creates such an atmosphere with only little details that it can drag someone completely in the show. 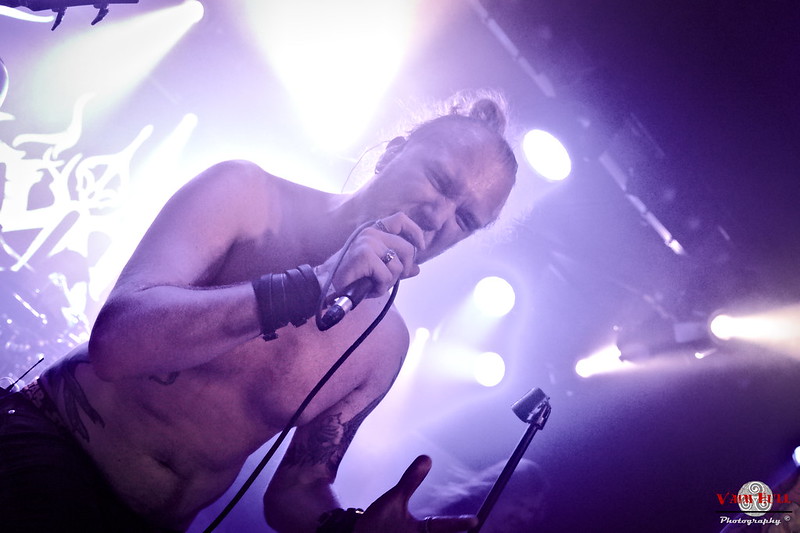 With the hit ‘Spirit of Joy‘ the audience went insane and it seemed everyone completely fell in love with Brymir once more. Maybe one other fact is because singer Viktor Gullichsen could really entertain the audience in a damn great way.

Later on this season the guys of Brymir will perform more shows in Finland but also they will travel to Japan to go and play some shows. Hope they are welcomed as warmly there as they were by their nationals. 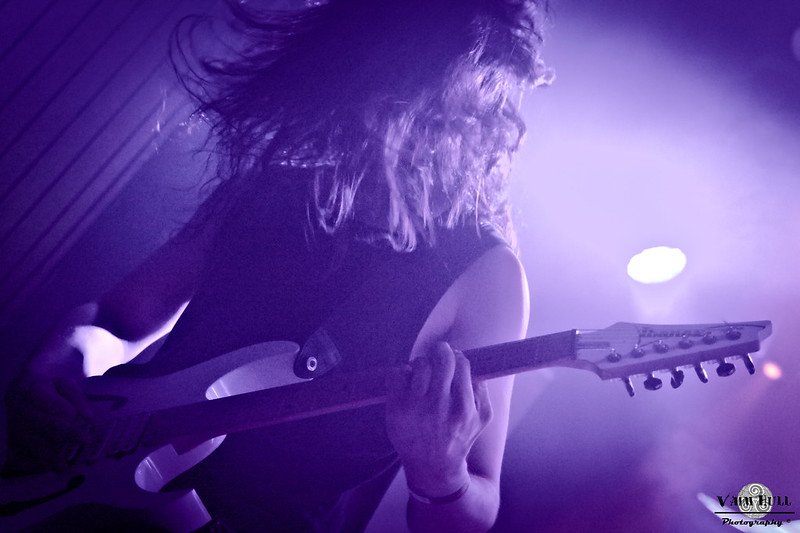 In the end of this evening I can say the whole event went from good to great with a final splash of awesomeness. The complete audience seemed satisfied after this show and everyone could go back into the Finnish rainy evening fulfilled.