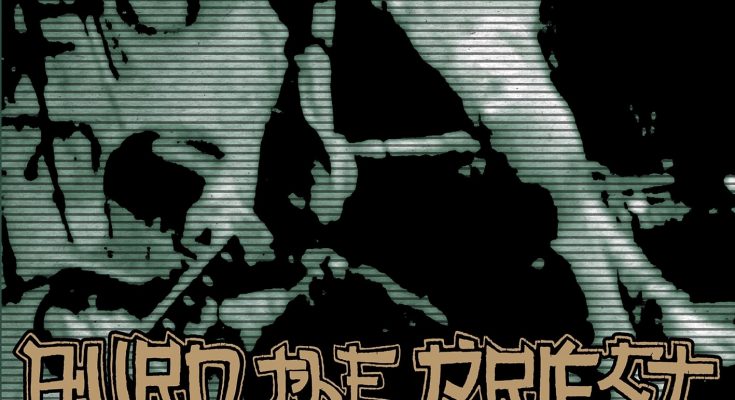 Music fans across the world are very divided on the subject of cover songs. When Metallica released their Garage Inc. double album, a lot of people ridiculed them for doing this. But I’m one of those who are interested in these releases, because in many cases it gives us a glimpse on what bands and artists drove and inspired a band to start making the music they’re known for. And this is exactly the kind of album I have in front of me with Legion XX from Burn The Priest. The name might not immediately ring a bell for all of you, but as many adepts will know, Burn The Priest is actually the earlier name of well-known groove metal giants Lamb Of God. It could come across a bit confusing, but releasing this cover album under their earlier moniker proves even more the point that this is just them showing what songs and artists inspired them to become the band they are now.

That’s exactly what you get: a gathering of tracks from some of the best that hardcore punk, thrash and industrial metal had to offer in the late eighties and early nineties. To sum up there are songs from The Accüsed, Melvins, Big Black, Stormtroopers of Death, Bad Brains, Sliang Laos, Ministry, Agnostic Front, Quicksand, Cro-Mags and Helmet. Their versions of the songs sound very close to the originals, but are still made interesting enough with the stronger and thicker groove added to it like we expect from Lamb Of God and the versatile growls, screams and clean vocals from Randy Blythe.

Besides singles Inherit the Earth and Kerosene that pushed forward what to expect of the album with their groovy, high pace and shoutalong inducing quality, there are a few songs that really catch my attention. On I Against I, Randy manages to bring across the more reggae sounding hardcore vocals of Bad Brains and it works like a charm and my all-time favorite Ministry song Jesus Built My Hotrod got a more organic feeling groove added to it. It’s still as fast and industrial as the original, but somehow they manage to make it sound thicker and more heavy than ever before! And who doesn’t love to sing along to the crazy lyrics of that track…

Overall, does the album bring something new or really extra to music history? Nah, not really. But is this album a whole lotta fun? Hell yeah! The tracks are well chosen and performed, soaked in that awesome LoG groove sauce we all love. And the album might possibly bring some of the younger fans to those good old bands from that interesting period between halfway the eighties and halfway the nineties. There is a lot of damn good stuff to discover there and hopefully this cover album will motivate people to check out these bands and their time period colleagues (I really recommend to do so!). All in all, for me Legion XX by Burn The Priest is a succes and a fun “snack” in between all the other releases. And if you don’t like a band doing only covers, don’t bitch and moan about it, just skip it!