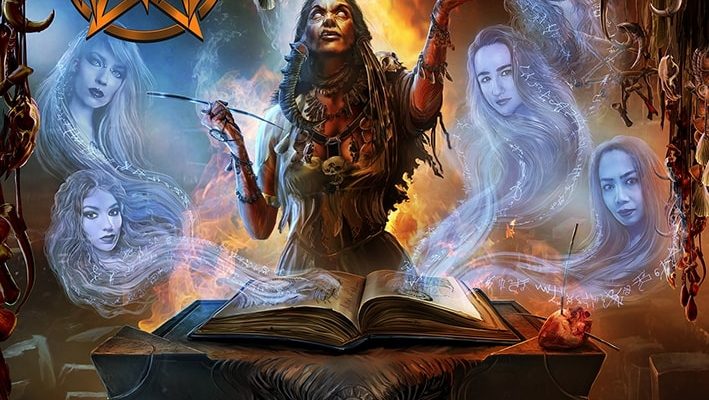 Burning Witches is an all female heavy metal band from Switzerland that promise you a high octane kind of old school metal. With ‘Hexenhammer‘ they released their second full-length album, this time via Nuclear Blast.

After the intro to set the mood, they kick off with full force with ‘Executed‘. The track really brings what they promised: old school heavy metal with a touch of power/speed/thrash metal. The riffs are headbang inducing, the guitar solos are blistering and a rhythm section that drives every single track in high speed. Throw on top of that really impressive vocals by Seraina where she does anything ranging from high pitches screams, soaring vocals and powerful more raunchy edgy and raspy ones. Think of a blend of Rob Halford (Judas Priest), Doro and Dio and you’re not far off.

The high energy stays strong throughout the whole album with damn catchy bits where you quickly start shouting along. Perfect material for a cool heavy metal live show. With the exception of ‘Don’t Cry My Tears‘, which is what you could call a ballad, I guess. But despite the fact I usually really despise heavy metal bands checking off the box of having a “more emotional song” on their albums, somehow they managed to write it in such a way that it doesn’t really bother me that much. It’s definitely not my favorite track, but it still stands strong between the rest of them. They close the album with their cover of Dio‘s ‘Holy Diver‘, which might seem risky. But they actually managed to stay pretty close to the original while still maintaining their own sound. A very impressive display of their talents.

Another really cool element of this album is the theme they used here. As many classic heavy metal bands do, they go about a certain part of history. Very fittingly for a band called Burning Witches, they opted for historical witches trials. The album title actually refers to a book written about the why, how and such of witches trials (Malleus Maleficarum). What is even more interesting, is that they somehow managed to translate that century old oppression to this modern day into tracks that tell those old tales but at the same time condemn oppression today.

‘Hexenhammer‘ from Burning Witches is a damn catchy, melodic and high energy old school heavy metal album. With a totally unashamed grab in tradition, while still portraying a clear original sound. When you hear these women shred it up, you will know it’s Burning Witches and no other! 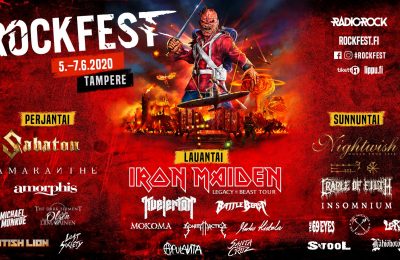