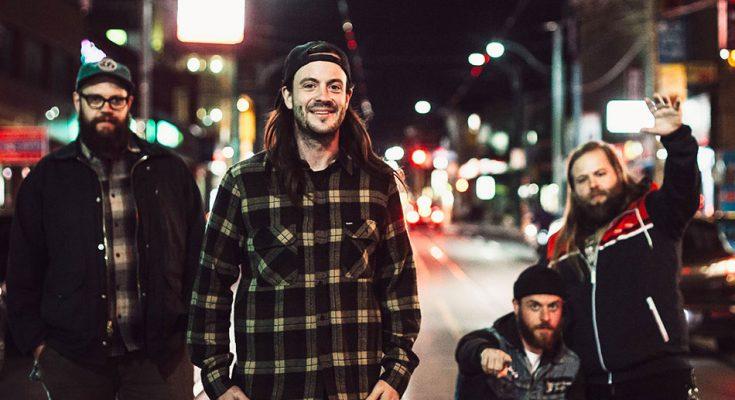 On january 30th 2016 Cncer Bats gave a live performance at De Kreun In Kortrijk, our reporter headed over to see this Canadian band and had a nice chat with their frontman Liam Cormier.

You just finished a tour around the UK and tonight you’re kicking of the Destory Europe tour here in De Kreun in Kortrijk, Belgium. Judging by your facebook and twitter pages you all seem to be having a blast. How does it feel to be destroying stages again over here?
The tour has been going great so far! We’ve been destroying stages all over the world for this album and it’s such a killer party everywhere we go!

Tours like this seem to consume a lot of energy from all of you. Being part of one of the most energetic bands around, where do you find the drive to give it your all night after night?
I think the secret is in not stopping.  We’ve been doing all of these tours with just shows night after night and I feel like when you don’t give your body a chance to realize you’ve stopped you can just keep crushing ahead with pure momentum!

Nowadays it is popular for bands to celebrate the birthday of one of their records. (Recently Fear Factory played a 20 year anniversary tour for Demanufacture. You can find a review of the show in Ghent on our website via https://www.grimmgent.com/blog/event-review/fear-factory-06-12-2015.html [currently only in Dutch].) Will you be doing something special for 10 years of Birthing the Giant?

I don’t think we would do an anniversary or anything for that album.  I feel like Hail Destroyer was a bit more known since it was released more worldwide at the same time we were touring really hard.  Maybe we’ll do some sort of celebration for that album, who knows!?

What are the chances people will be able to see Bat Sabbath in Europe in the upcoming years?

Oh, I don’t know about any more Bat Sabbath. Maybe we’ll give it a few more years after the real Sabbath has called it quits.

Do you believe AxeWound might record some new tunes or play some gigs in the approximate future?

I hope so! I love all those dudes and we have a blast playing together, so hopefully one day in the future we can get it together and do more stuff.  Right now we’re all just too busy with our own bands sadly.

We mentioned Bat Sabbath earlier but apart from some great Black Sabbath cover you also provide the world of one of my all-time favorite covers; Sabotage, originally from The Beastie Boys. Can we expect more great covers in upcoming Cancer Bats records?

We just did a really fun cover while we were out on the east coast of Canada.  There’s an amazing guy named Joel Plaskett and we covered his song Through and Through and Through, we even got to record it with him in his studio.  Everyone should check that cover out because it turned out awesome!

With Sabbath and the Beastie Boys you obviously chose bands that inspired you a lot. But would you ever consider making a David Bowie cover or should be keep or fingers crossed for a killer version of a Motörhead anthem?

Yeah we don’t have any plans for any covers at the moment, maybe once we have a bit of down time by the end of this year.

Over the past ten years you’ve worked together with some great musicians like George Pettit and Wade MacNeil of Alexisonfire, Tim McIlrath of Rise Against, Billy Talent’s Ben Kowalewicz, Dez Fafara of Coal Chamber and Devildriver just to name a few. But if you could choose one person, living or dead, to jam with for a night, who would you pick?

If we could jam with Prince that would be the greatest and funkiest thing we could ever do! The only thing is that he would blow us away on every instrument so I don’t know if we could even keep up [laughs].

Several times during tonight’s show you mentioned how much you love Lord Dying whom you’ve been touring with for several months. Could you see yourself screaming your lungs out on some of their tracks if they were to record a new album?

Man I would love to sing on their next album! That’s a great idea! I’ll go tell them that it has to happen and they should write me a part! [laughs]

Earlier this year you released an album called Searching for Zero via Metal Blade Records which was produced by the legendary Ross Robinson. How was it to work with the man who helped create Sepultura’s Roots and some of the greatest albums by artists like Fear Factory, Machine Head, Korn, Slipknot, Soulfly, Limp Bizkit, Tech N9ne and even Vanilla Ice ?

Ross is one of the greatest dudes ever and we had so much fun recording with him.  He’s the most down to earth and pure dude I have ever met.  His only goal in life is to create amazing music with people he is inspired by and it shows in his credits.  Once you work with Ross you’ll never look at music the same way again!

Let’s end with showing us your big heart. At the end of this tour you’re saying goodbye to your long hairs in support of the Princess Margaret Cancer Foundation. What can you tell us about that? (Figure out how you can help via thepmcf.ca)

I saw that a friend of mine back in Canada was going to donate his hair to be made into wigs for Cancer patients and I thought that was a rad idea so I figured I would do the same thing and also try and raise some money in the process for a great Cancer Research facility.  So far we’ve raised a ton of money so I’m super stoked!

Thanks so much for doing the interview, man!

The pleasure was all mine. 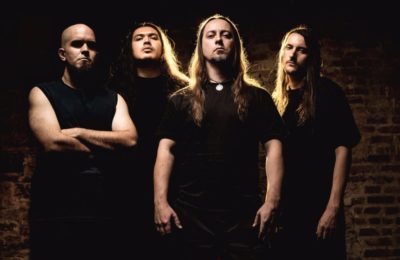 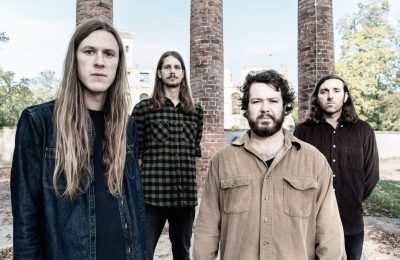