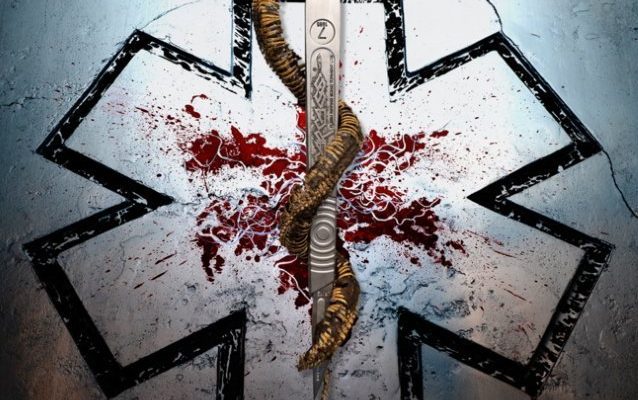 It has been seven full long years since the British death metal/grindcore pioneers Carcass have released new material. “Despicable” is set for a release date on October 30th via Nuclear Blast Records. After reuniting in 2007 Carcass performed many live shows the key members’ Bill Steer and Jeff Walkers sought to continue writing material for a new album that came to light in the year 2013.

The release is laden with grooves and stellar riffs that solidify the signature sound of the band. Many fans have been expecting a new album this year’s summer, the album was postponed till next year. The EP works perfectly as a short teaser for what is still to come hopefully in 2021. The material is condensed into eighteen minutes full of galloping riffs, harmonized guitars, and stellar melodies. The latest work by Carcass is a direct continuation of the previous album “Surgical Steel”. The songs here sound very similar where the band combines their crafty compositions from modern death metal to a wide variety of NWOBHM such as Iron Maiden and classic rock like Thin Lizzy.

The EP kicks off with the longest track “The Living Dead at the Manchester Morgue” that proceeds into extended riff-laden hooks before the galloping guitars initiate into headbanging grooves. A set of precise classy melodies approached with a lofty scale shows the mastery of the guitar arrangements performed meticulously by Bill Steer and Tom Draper. The sophisticated guitar lines flow perfectly with the aggressive vocals of Jeff Walker as a where they Carcass seamlessly mix delicate grooves with thrash metal.

“The Long and Winding Bier Road” is another stellar track on the EP and begins with intricate harmonies and the tight drum performance of Daniel Wilding maintains the tone of the song. Regarding the mixing and the sound production, the latest EP has a rather polished sound quality, consequently, the songs here are somewhat moderated in its rawness. “Despicable” channels the contemporary and the sonic twists of the band’s traditional melodic death metal style where the majority of the tracks are fixed at mid-tempo. Carcass projects great chemistry therefore the band showcases their fine melodic tunes of earworm melodies, choruses, and superb compositions.

“Under the Scalpel Blade” combines the powerful riffs and dynamics on this track the guitar section shows their strength ability as the track courses into heavy riffage, grooves, and aggression Bill Steer’s snarls give the track a malicious tone. There is a great contrast between the drums and bass guitar overall although the most prominent performance on the EP is the intricacy of the guitars. Carcass demonstrates their proficiency by executing memorable lead guitars and what sounds like improvised solos. The best moments of the closing track of the EP “Slaughtered in Soho” come from the infectious guitar melodies while the drumming is mainly technical the lead guitar showcases the modern trademark.

Carcass is probably one of the most inventive melodic death metal bands on the planet. “Despicable” is overtly melodic, well-executed, and ridiculously enjoyable this is certainly a solid release by the band.