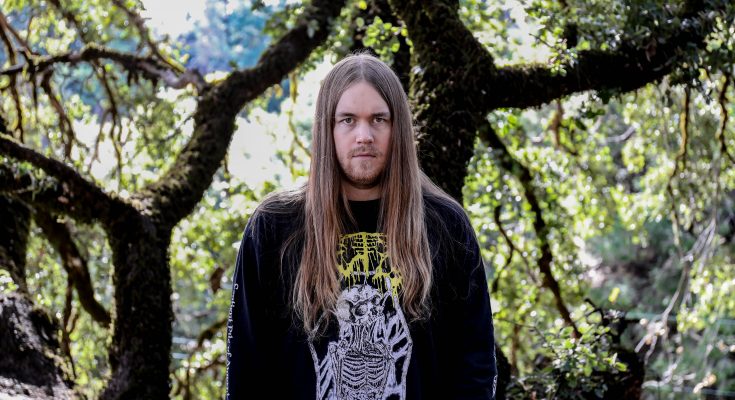 Chad Gailey plays drums for Necrot, Mortuous and Atrament. He’s from Oakland, California. There he breaths, eats and sleeps death metal. Necrot’s 2017-release, Blood Offerings, was voted one of the best albums of the year by many magazines and reviewers. It also makes part of GRIMM’s Albums of the Year 2017 list and my personal article, so it became time for an interview.

Last year must have been really busy for you. Can you tell our readers a little more about it?
Last year was extremely busy. I toured four times with Necrot in North America and once with Rude in Europe. I released Blood Offerings with Necrot, Remnants… with Rude, and Mental Enslavement with Caffa. I️ recorded two albums for Mortuous and Atrament that will be released this year. I also played a bunch of local shows in the Bay Area with Necrot, Mortuous, Atrament, Rude, Caffa, and Palace of Worms.

What can we expect from you this year?
This year I will be launching my new label, called Carbonized. The first release will be the new Mortuous album entitled Through Wilderness, followed by a split 7” with our friends Scolex. Necrot will be touring Europe in September for a month and playing some festivals throughout the year. Atrament will be releasing our second album, entitled Scum Sect, which will be released through Blood Harvest and Sentient Ruin in a few months.

You are involved in so many projects, do you ever get the chance to sit back and listen to other bands their music? What are your favorite releases of last year?
Some of my favorites from last year were:

What made you want to play drums? When did you start and who were some of your early influences, drumming-wise?
I remember wanting to play an instrument from a very young age. I tried guitar first, but I couldn’t get it together. I tried drums next and it just formed naturally. I was influenced by Ramones, G.B.H., Discharge, Exploited, and Adolescents. I would just play along to the albums in my room and try to match my playing to the music. It helped me learn to play and at the same time helped me be a better drummer. 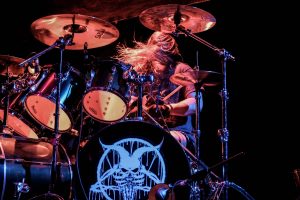 How is to live in the Bay Area? For many people it’s mostly known for their thrash metal, but death metal seems to be very alive there aswell, right?
The Bay Area has so many types of bands it’s hard to keep up at times. The underground music community is really strong here and there are so many great punk and metal bands spread throughout it. Death metal has been a staple since the early 2000’s but I would say there are more black metal and doom metal bands here at the moment.

Last but not least, what does metal mean to you?
Metal is something I was brought up with throughout my life. I have experienced almost all forms of it and it’s the one genre I have never gone without. Without metal music, I would be missing out on all the great times and experiences I had growing up with it. I am forever thankful to the bands and musicians that sacrificed so much to create the music they did, way back in the late 70’s and early 80’s. I would be incomplete without it.

I’m looking forward to Necrot’s european tour. Thanks for your time Chad, last words are yours!
Thank you for the interview, Laura! Thank you to Scotty and Tankcrimes, Liz Ciavallera-Brenner and Earsplit PR, Ron Martinez and Crawlspace Booking, all the bands I toured with last year: Phrenelith, Morfin, Undergang, The Black Dahlia Murder, Suffocation, Exhumed, Decrepit Birth, Wormwitch, Pig Destroyer, Despise You and Call of the Void, my bandmates, and my family for their total support.