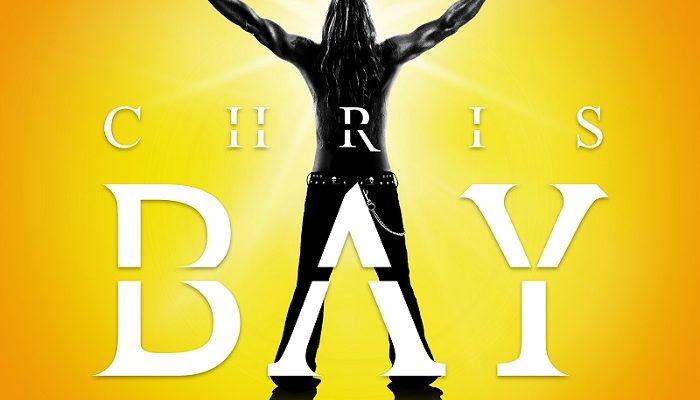 Power metal is known for its fast guitars and high intensity rhythms. But sometimes, all those reiterated notes and incessant drumming can get in the way of a good pop song. That is why power metal musicians also make a habit of experimenting with the mellower side of rock music. Especially the years between 2004 and 2014 were a period in which the subgenre exhibited strong AOR tendencies. In recent years, there has been something of a counter movement, in which leading bands are again reverting to the classic sound that was so popular in the late 1990s and early 2000s. The career of German act Freedom Call is a case point. After three early albums in the classic vein, they made four records which incorporated rock influences to varying degrees of success. In contrast, recent albums Beyond and Master of Light were a return to form. Perhaps this newfound sense of purity explains why frontman Chris Bay felt the need to release a collection of all-rock songs under an entirely separate moniker. As solo records go, Chasing The Sun is a welcome departure from the stylistic strictures surrounding his main band.

If you want to like this album, it would be best to leave all seriousness on the doorstep. You’re entering a whimsical land in which love is sweet and ageing rockers like Bay can still make it big in Japan. Our German rock daddy is passionate about his music, writing all the tracks and performing most of the instruments himself. Their basic ingredients are groovy bass lines, guitar riffs rocking no heavier than Foreigner, ebullient keyboard harmonies and of course, Bay’s trademark voice. There has always been something infectiously populist about the man’s vocals. He sounds warm and unrestrained, the hallmarks of a true entertainer. And if you can stomach the style, his songwriting is amazingly consistent. Spinning the record multiple times, I never found myself skipping even a single track.

Since nothing on Chasing The Sun feels out of place, it’s harder to pick highlights. Opener “Flying hearts” recalls vintage Freedom Call without the metallic trappings. Glorious keyboards and flowery guitars plaint a lush tapestry, while Bay locks in a tight groove with the competent rhythm section. Lead singles “Radio Starlight” and “Hollywood Dancer” bear the burden of introducing the album to a wider public. The former is perhaps the most generic, coming off as a bubble gum version of Rush’s “Spirit of Radio”. The latter shines with greater brilliance in virtue of its strong verse and chorus pairs. Elsewhere, Bay caters to every mood. I don’t think he has a degree in German philosophy, but his injunctions to “Move On” and to “Keep Waiting” sound like thesis and antithesis to me. Completing the dialectical triad, he seems to know “Where Waters Flow in Heaven”. With a gentle touch, our neon-lit Moses leads his misty-eyed children towards the land of milk and honey, no doubt one of the many benefits of his traditional Franconian upbringing.

Listening to Chasing The Sun is both a relaxing and reinvigorating experience. If you are feeling down and out, Bay is there to reassure you that happiness is just around the corner. With his usual skill and efficiency, he lays down a near dozen songs which are just as effective as they are simple. If ever he decides to take a break from Freedom Call, it would be a treat to hear them performed in a live setting.

BRUNHILDE released video for ‘Where are you going?’ with a special guest