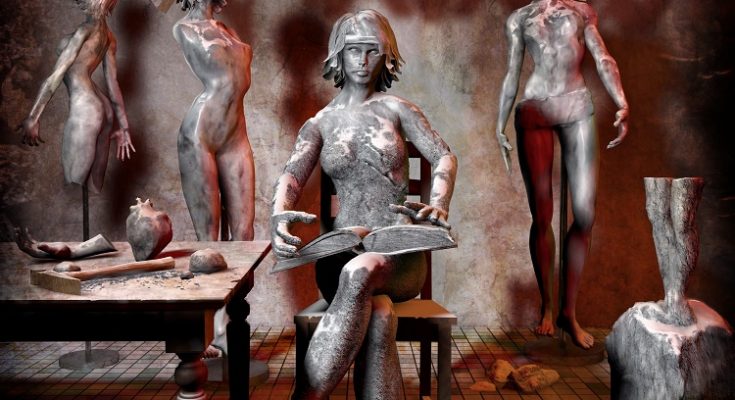 The band Comaniac brings it’s own version of Thrash Metal. The name comes from the longer ‘company of maniacs’ and was conceived in 2012, Switzerland. The band changed over the years with comings and leavings of members. Comaniac played several times as support band for Kreator and Exodus but their performance at Metaldays 2016 was an establishment for getting known in the metal world. The four ‘Swissiacs’ have two demo tapes and a debut album called Return To The Wasteland. Soon their second album Instruction For Destruction will be available in the stores. 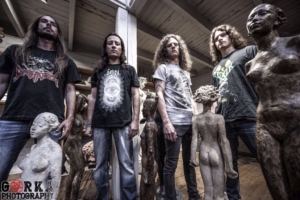 When I opened the booklet to read the lyrics, I was surprised. I expected to see superficial content for the music,…what a wrong thought. Jonas who writes the lyrics, lets the audience see that the album contains meaning. Destruction seems to get another completion – it is not just about destructing materials, properties etc. A fun thing is the consistency between the cover and some referring words/lines in the text, which makes both elements connect. For example: ‘that turns me into stone’ (from track Instruction For Destruction) and on the cover sculptures are present.

The first introduction to the listeners is made with the song Coal, which is comparable with the second track Suborned. I get it why SOAL recommends people to listen to Bow Low , though. The song has a very catchy melody that gets stuck in your head very easily. Guardian Ruins begins very calm but gets rougher and contains a different vibe than previous songs. This specific song sounds less “thrashy”. The singing feels more like talking fast and some pieces in the composition don’t seem to match, it seems like there are two songs mixed in one.

Lonesome and numb I fade
Worn out to the bones
Broken, shattered dreams
Into the unknown
Lonesome I observe the child that has
Been grown
Broken, dead and cold
Just break my heart of stone
– Heart Of Stone

How to end it all sounds serene and the vocals are performed with more gut feeling. You can feel that more emotions or feelings are put in here, despite the somewhat heavier music-parts. The song Self Control didn’t sound too unique, a little chaotic but still coherent. With Shattered, the band offers an instrumental song that lasted shorter than expected, but it’s a nice variation. The following songs made the difference because the thrash in the metal was more forthcoming. The members dig right in their rougher side: Heart of Stone and Forever More sound more destructive, have more shouting and probably create more action in the audience live. This is more like it!

Generally speaking, the band has potential to grow. You can hear the band is having fun doing what they do, which makes it fun as listener to put the record on. The album sounds less aggressive or brute than expected. At first, I (personal note) felt a bit disappointed by the goody-goody vibe. As the CD-player continued to process the music, the better I liked it (or got used to it).
The singer has a clear articulation, the instruments are well in tune and the music sounds coherent. Comaniac definitely has it’s own way of putting them out there.

“It makes the listener hope that the four will keep following their own instructions – because destruction hardly ever sounded so good”, according to the label.