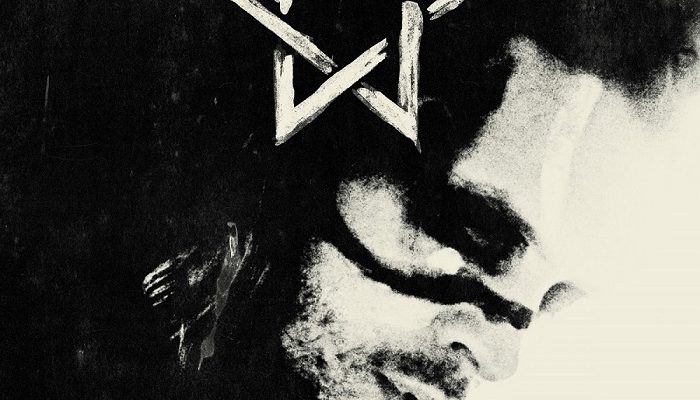 German singer/songwriter Conny Ochs comes up with his fourth solo album. Conny believes that the best stories are always the ones yet to be told, so on this album Doom Folk he follows different pathways to those which he has forged before. Doom Folk is available on CD, LP and there is a digital version as well. The album cover shows us a photo of Conny Ochs with a special kind of pentagram. The use of the colours black and white and the title suggest that this is a profound album.

When I first listened to Doom Folk, it was heavy because the album knows a melancholy start with ‘Dark Tower’, a tribute to the tragic death of Chris Cornell. You can hear immediately that Conny expanded his musical repertoire including bass, drums and percussion. The background vocals support Conny‘s clean vocals here and emphasize the melancholy in the second song ‘Crash And Burn’ as a kind of echo.

But when I listened a second time to Doom Folk I realised this album tells a story and I think it’s about the grieving process. The third song ‘Hammer To Fit’ brings a first sense of hope and optimism. We all know everything in life goes with ups and downs, and that’s what you can clearly hear in the album and it brings a nice variation. Conny is also frugal with the use of instruments, in ‘Moon’ he only added a bass to the guitar and in ‘King Of The Dead’ he only added a harmonica.

What also brings a nice variation, are the songs that are more blues or rock ‘n’ roll. They give another kind of energy at ‘Doom Folk’, without contrasting too much with the other songs.

Conny took a risk with ‘Doom Folk’, because it’s a profound album. Yet he managed to create a nice storyline that is hopeful and positive towards the end. It’s the perfect album for a nice, quiet evening in the couch with a good glass of wine.