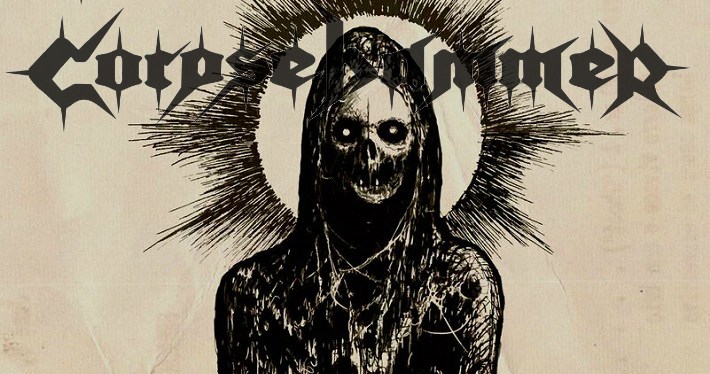 Corpsehammer is a recently formed promising band. In March they released their first EP called Sacrilegio and now they’re back with another 6-track EP, for which they signed with Morbid Skull Records. When you turn this banger on, you immediately get pulled in it. Apparently when you put a combination of Swedish and Chilean musicians together, you get these fast, hard, dark and catchy first wave of black metal sounding tracks. Posesión got released September 1st on tape. If this kind of extreme metal is your thing, you better be quick, because only 200 copies (hand numbered) were pressed, 100 of them are black and the other half are ivory colored. 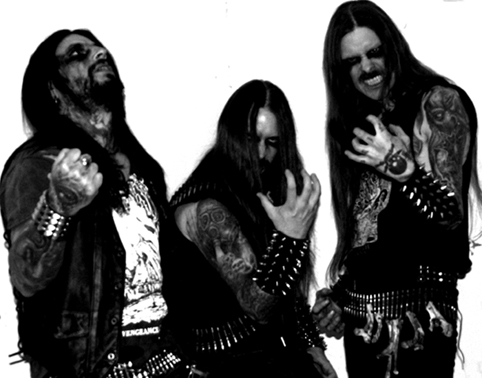 Posesión opens up with the song Pulso De Saturno, a song that includes fast and heavy riffs combined with some raw and cruel sounding vocals by Midnight Horror. This track is 2:20 minutes long and although as a Belgian I don’t understand the spanish lyrics, I can feel the anger and energy they put in it and that’s a good thing. If I would turn on this evil release while driving, I would definitely speed up without even realizing it. As I said, it’s a very raw song but the instruments sound very clear. The riffs may sound a little simple, nevertheless they sound tight.

The second track is one of my favorites and also the longest one on this EP, it’s called Beso Infame. You can hear well how much they got influenced by some pioneer bands in the extreme metal genre like Hellhammer, Celtic Frost, Sarcofago, Sadistik Exekution, Darkthrone etc. It ends with this amazing break that gets a little groovy after a few seconds. The obscure overflow to this is done outstanding by guitarist Nekromonger.

Carnicero Humano is the third track that starts off with garish sounding amps, guitar feedback and primitive screams. Gaddur‘s drum skills really stand out here. This faster song gets followed by the title track that kicks off with a slower, maybe even a doomy part, where Draug‘s bass sounds at its best. 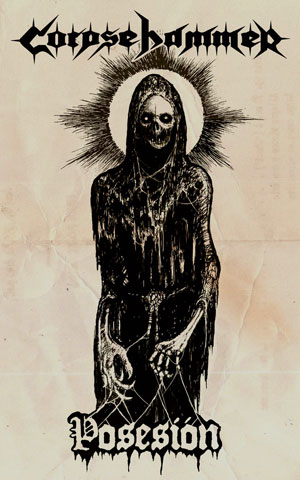 Cataclismo speeds up the tempo. The drums and riffs do reflect feelings of anger, hate and irritation and these never take a rest. To me this is necessary in black/death metal and most important is that they can make the listeners experience this themselves.

I may not speak Spanish, but I do understand last track’s title, La Gran Puta (Beast Rider), which is another perfect sounding 2 and half minutes of full pain.