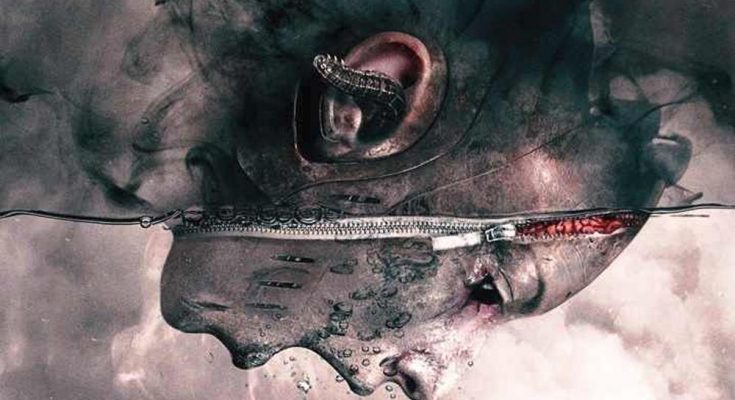 Dagoba has come a long way since their formation in 1997. They became a standard in the French extreme metal scene and have gathered a strong and solid fan base. Now, with Black Nova, they bring their seventh full-length album for which they teamed up with Century Media Records.

The band has seen a few changes in line-up since 1997, Pierre “Shawter” Maille is now joined by Werther Ytier on bass, Jean-Laurent Ducroiset on guitar and Nicolas Bastos at the drums. Dagoba has managed to accomplish a lot in their past, they got to go on tour with bands like Machine Head, Metallica and In Flames and they produced 7 albums which got positive feedback. Each album had its own different vibe going from industrial to goth influences. Now, with Black Nova, I feel like they are playing it safe, there’s no real difference between their previous releases. They did an amazing job composing the album don’t get me wrong, the songs are great but it feels too familiar, not like what we are used from Dagoba.

Black Nova starts off with a symphonic intro called Tenebra but the song doesn’t seem to fit in with the rest of the album. The industrial and a bit dark component of the intro is completely obliterated by Inner Sun the second song on the record. Starting with a keyboard in a high pitch it doesn’t match with the intro. With Inner Sun we see what Dagoba is capable of performing. People who know the band know that Shawter has a voice that has a melancholic sound to it. They manage to blend this sound with their instrumental parts in Inner Sun, this makes it an uplifting song.

The Legacy of Ares directly follows Inner Sun, here they lose a bit of their symphonic sound but they make up for it by making it a fast and heavy song. With no clean vocals and the rolling bass and drum lines it is a song you can bang your head to.

Next up is Stone Ocean this one goes back to the melancholic vibe. It is a very melodic song, again they blend the sound of Shawter’s voice with a more symphonic style of playing and they back it up with an industrial background.

The following songs all follow the same trajectory, they are well composed filled with fast bass lines, great lyrics and some skilled guitar playing but it’s nothing different from their other songs. This, for me personally, makes that the album gets a bit tedious towards the end. Kind off surprisingly they added the demos of Inner Sun and The Legacy of Ares as the last two songs on the record, this does give a nice twist to the album because of the difference between the sound of the demoss and the official songs.

Last but not least, the artwork. Dagoba always had an artistic cover fitting the album and this one is no different. It seems like they even stepped up by giving Black Nova a kind of psychedelic and very artistic cover.