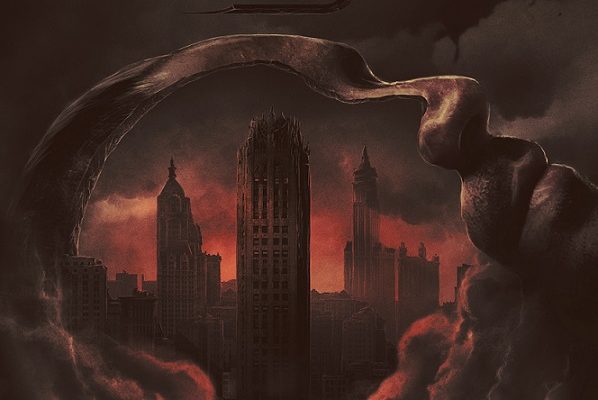 There’s no denying it. Aussie power proggers Damnations Day are a band on the rise. A few years back, their debut album Invisible, the Dead was impressive enough to convince leading acts like Nightwish and Accept to take them along on tour. No wonder Sensory records was happy to pick them up for the release of their sophomore effort. The title says it all: A World Awakens. Once again, the record showcases the stellar chops of the Kennedy brothers and their partner in crime, Jon King. More importantly, these lads have grown as songwriters. Tempering their youthful exuberance with a newfound sense of restraint, they deliver tasteful tracks that strike a good balance between atmosphere and emotion.

Damnations Day play a post-90s variant of melodic thrash and progressive power metal. Well-worn subgenres, but the Australians try their best to sound fresh and contemporary. Front and centre are the versatile vocals of Mark Kennedy. Soaring high on most occasions, he easily adopts a more subdued voice whenever it suits him. The emotionality flowing from his words is somewhat comparable to the agitated expressions of many metalcore acts.

Experiencing the turbulence of the outside world in a murky haze, the frontman revels in the all-importance of his inner self. All the surrounding instruments have to fall in line to reflect this introverted worldview. Busy as they are, the guitars never stake out a leading role. Their purpose is overwhelmingly textural, from the rapid streams of palm-muted notes right down to the moody passages of ringing distortion. Even Jon King’s lyrical solos are an echo of Mark Kennedy’s dramatic vocal personality. The bass is the closest thing to normalcy on the whole record, but even that foundation is shaken by the intricate assault coming from Dean Kennedy’s drum kit. Together they evoke the unsteady rhythms of the body as it struggles to adapt to the relentless demands of present-day life.

A World Awakens is clearly the work of an intelligent band. The production and mastering are very professional, the compositions are streamlined and the overall pacing is well-considered. Every song sits in the right place. “The Witness” is a textbook opener with an easy-to-follow structure and a catchy chorus melody.

The following tracks build anticipation towards the three highlights, which are located in record’s second half. “To begin Again” boasts an excellent soft-loud dynamic reminiscent of Opeth or Evergrey. Next, “The Idol Counterfeit” unleashes a barrage of aggressive guitar riffs interrupted by a blood-pumping middle break. Last to catch my ear is the touching title track, which combines classy Baroness-type atmospherics with chugging bursts of rhythm. Mark Kennedy’s sonorous vocals stay on top of everything, just to remind you who is shouldering the greatest ordeal.

If you like prog-tinged modern metal, A World Awakens is a fine addition to your collection. Normally, I’m not a big fan of glossy productions. But in this case, I gladly make an exception. Once accustomed to his vocal timbre, the singer will take you on a journey with many highs and the occasional low. The guitar work offers thrilling textures and contemplative moods aplenty. With great attention to detail, Damnations Day have crafted a supremely listenable album that will be enjoyed by a large audience.