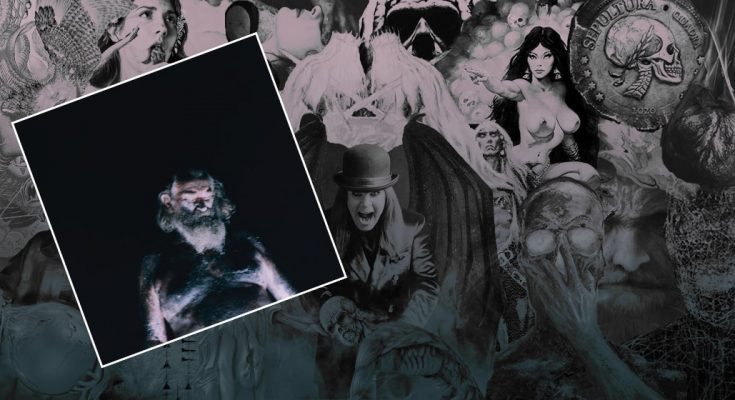 With so many good releases this year it’s pretty hard to make a list that actually feels complete and satisfactory but we try nonetheless. It could have been even harder if I actually listened to more releases that came out like Enslaved, Paradise Lost, Lustre and Crippled Black Phoenix. I guess I will save those for another list next year of releases that I missed in 2020. Luckily I did check out some awesome records this year so let’s start with the number 10.

10. Undeath – Lesions of a Different Kind

Even though I listen to less death metal than I used to, there are albums from time to time that remind me why I used to listen to the genre almost nonstop. Undeath’s Lesions of a Different Kind is one of those records. I listened to it for the first time without expectations and it blew me away immediately. The way the songs groove and blast reminds me a lot of Cannibal Corpse but they are more than copycats. There is a good sense of song structure and catchy hooks here and there to keep you interested and the production is a nice mix of crystal clear perception of what is going on without losing that typical disgusting death metal vibe.

I kind of expected Urfaust to release a record that would satisfy me because to be honest, these guys have never let me down. The step back to their older and in my opinion darker sound was a surprise for me and Teufelsgeist really did feel like a mental journey that you made yourself, not just as an observant but more like a participant. I’m already excited for what they will do next.

Rarely have I come across a black metal album that felt so positive and uplifting as Fluisteraars‘ Bloem. While its structure is something you would expect with blast beats, tremolo picking and slower passages that make way for blast beats again, the emotion evoked in the listener is far from negative. Slightly melancholic? Sure, but there is so much hope shining through the record that I actually feel rested after listening. Just listen to Nasleep, you will hear what I mean.

Imagine a mix of Alcest, Comeback Kid and God Is An Astronaut. That is precisely what you will find here. The mix sounds kind of weird when I try to explain it in this article but trust me, just check it out. It’s unique, dreamy, catchy and the lyrics are socially conscious, covering subjects like victim blaming, fake news, polarization and depression. The energy these guys radiate is infectious and it’s quite hard to stop listening once you got into it.

These psychedelic doomlords returned with a new full length after waiting five years and wow, was the wait worth it. Just like their fellow countrymen Oranssi Pazuzu, these guys mix metal with psychedelic rhythms, effects and an absolutely epic production. It can get really intense at times when you feel like being sucked into a whirling mass of random thoughts with barely something to hold onto. But there is a softer nuanced side to this album that counters that intensity. Definitely check this out if you like trippy but heavy music.

I have to admit I was initially disappointed with Ulver‘s new record. It didn’t blew me away like its predecessor ‘The Assassination of Julius Caesar‘, which was an absolute masterpiece in my opinion. In almost every way this is a continuation of that 80’s new wave sound with modern electronic beats and classical enhancements. After giving it multiple listens and taking a good break between sessions it slowly grew on me and even though I still don’t think it’s as good as the previous album, it still made my top ten list for what it is. It’s easy to listen to with enough depth to discover all the details that are strewn across the songs.

4. All Them Witches – Nothing as the Ideal

The new ATW record might be the most accessible to date but make no mistake, this is still psychedelic rock in the truest sense. The drums and bass take care of the groove while the guitars and vocals make sure you never actually land with your feet on the ground. Add some country and creepy ambient in the mix and you have record that’s hard to describe as it seems to go both everywhere and nowhere but trust me, just stick with it, it’s worth it.

I’m not even going to try to describe this record. Its weird mix of black metal, doom metal, jazz, psychedelic and progressive rock reminds in some ways of the aforementioned Dark Buddha Rising but these guys take it even further. It’s absolutely intense and so incredibly original, you won’t find anything else like it.

Cosmic music and cosmic black metal in particular always had a special place in my heart. There is something so natural about the fusing of the cold radiating and endless space of the universe and the wall of sound usually associated with black metal. At the end of this year, just in time, I was surprised by this Belgian artist who combined cosmic black metal with electronic influences that were more than just a subtle enrichment of otherwise possibly standard music. There is an actual place for it on the album and I never seen it work this good on a metal record.

1. Nothing – The Great Dismal

The number one on my list isn’t even a metal album at all. This is dreampop/shoegaze that reminds me a lot of My Bloody Valentine. It’s hard pounding drums are lead by noisy guitars waving to the front and back accompanied by dreamy vocals. The melodies are depressing but beautiful and there is a realistic sense of hopelessness here. It made me question the definition of heavy music as its contrast between sensitive almost fragile vocals and that incredibly immense production plays with your feelings constantly. a fitting number one for a year like 2020 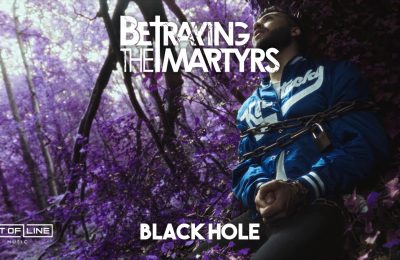