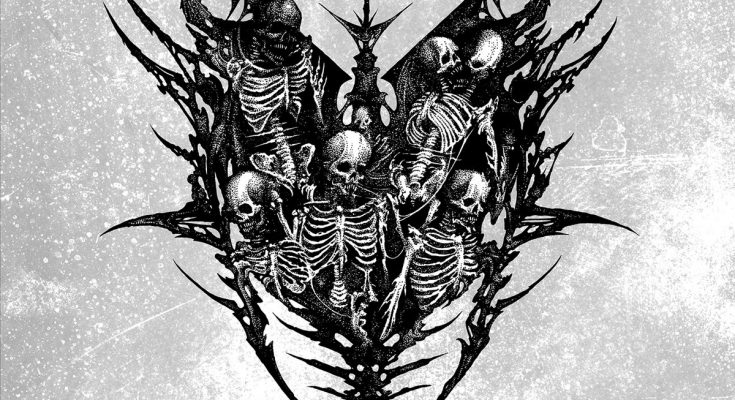 Demonical is a Swedish death metal band formed in 2006 by bassist Martin Schulman from Centinex. The Swedish outfit remained loyal to the old school death metal roots and with the release of their fifth album “Chaos Manifesto” they continue with solid intensity and un-compromising brutality. In 2015 Demonical departed with their long time vocalist Sverker Widgren right after the release of their E.P. Black Flesh Redemption, and was replaced by Alexander Hogbom the vocalist of October Tide. Yet the outcome of that process resulted into a slight change of sound. And for the first time since their establishment, Demonical shows more affinity to the melodic elements into their new songs. The latest offering includes some of their best performances ever, the opening track A Void Most Obscure begins with an onslaught death metal riff, where the trademark of HM-2 distortion provides a veritable hostility of Swedish death metal. Their musical foray of death metal still sounds raw and tight, the classic Entombed style is resonating with full throttle which is significantly attached to their sound.

The second track Towards Greater Gods is infused with fine melodic tunes, and simple riffs. Demonical’s newer album contains catchy melodies and choruses that are impressively executed, their creativity does not rely on sophisticated song-writing, instead preferring to remain simple and organic. With the third track Sung to Possess the Swedish outfit shifts into a nastier sound, reminding more of the pioneers of the 90’s death metal. The deep growls of Alexander Hogbom are captivating and filled with anger, the chainsaw guitars act like destructive cannons, the structure of the newest material is built on a traditional paradigm. The fourth track Valkommen Undergang features guest appearances of Pehr Kjolhammer from Alphahanne. This is another great track, filled with catchy and anthemic chorus’ with melodic riffage. Chaos Manifesto makes a good use of melodies in the new songs, without losing the old school death metal sound. Demonical has established their own trademark in the Swedish death metal scene, they have the brutality of Vomitory and the raw filthy sound of Entombed and Dismember. Therefore their newest album is set to destroy as they send a clear message to the fans that they never disappoint.

The new members give a stunning performance on Chaos Manifesto. The drums are hammered with tremendous force, the blast beats and d-beats are all incorporated in some of the tracks, including wide use of double bass. It is not surprising to classify them as one of the best death metal bands in Sweden today and that’s due to their capability of finding an alternate balance to their songs. From Nothing is infused with pure melodies of death metal, and it’s another hit on this record which includes fantastic riffs and solos.

Unfold Thy Darkness and Death Unfaithful are brutally amplified with punchy riffs and a variety of twists. Thanks to Dismember for leaving a huge influence on the new generation of old school death metal bands like Bloodbath and Entrails. Chaos Manifesto is a step forward towards progression and hopefully Demonical evolves from their previous albums and do what suits them the best. The digi-pack version includes one bonus track called Nightbringer, Chaos Manifesto presents eight tracks of mid and up tempo of solid fulfilment lasting for 35 minutes of outstanding brutality and majestic melodies.