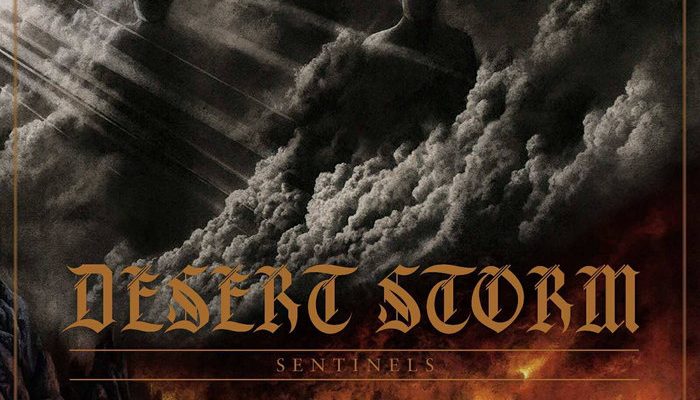 Why I haven’t heard this album before today is a mystery to me, I must have passed it like a stranger on the road. But I’m so glad this time I stopped to listen to the story it had to tell. A hidden gem with many facets, for sure. They smash the needle deep in the groove from the get-go, as they go full throttle from the start. These guys have everything you’d expect from a stoner/sludge band that sticks to the groove. Heavier than the sun’s core, dirtier than a hobo’s pits and yet there is a lot of vocal variety within this burly spectrum and enough sick riffs to make it a unique, energetic journey through this skin scorching Desert Storm, with their new release: Sentinels.

Now come with me on a journey through the eons, sit back and make way as this album takes off. Because Journey’s End will kick in the door with a stampeding force of a dozen mammoths. Once the dust has settled, or rather by the time the dust would have settled, we get out of our cave with Too Far Gone. which really unleashes your primal instincts with burly vocals and its heavy groove that will make your neck sore from all the headbanging. It really gets you warmed up for the brawl. A more appropriate tittle could not have been given, as I feel the bar stools hit faces, break skulls and send teeth flying across the room.

Kingdom of Horns gives you time to catch your breath, and yet it is breathtaking. The balance between heavy and mysterious in this song gives a good example of the artistic range Desert Storm has. After that, you can grease yourself back up again, get on your bike and back in the gears with Gearhead, on the road to find yourself drifting in the astral plane with Drifter. This one is my personal favorite from the whole album, with a groove impossible to sit still to, and a riff that will get stuck in your head for days to come. Its greasy feeling and the rock’n roll vibe make this song really pop out as one of the more energetic ones.

With a legendary bass line and a buildup meant to topple mountains, Convulsion announces an apocalyptic scene and the destruction of the world as we know it. Which is fine by me, as it announces the approach of the end of the album anyway. The aftermath of all that is really well portrayed in Capsized as we find ourselves adrift on a primordial earth once again.

The beautiful artwork by Mattias Frisk fits the theme of the album perfectly. The raw forces of nature, roiling clouds and the palpable heat fit the feel and pureness of this album like a glove. This album takes you from the stone age to space and back within a mere 52 minutes.

If you like Crowbar‘s heaviness, High on Fire‘s energy and Planet of Zeus‘ dirty rock ‘n roll feel, look no further because Desert Storm‘s new release Sentinels is for you. You can grow a beard in mere seconds by just watching the still packaged album on the shelf, I had to shave 5 times after one play-through. 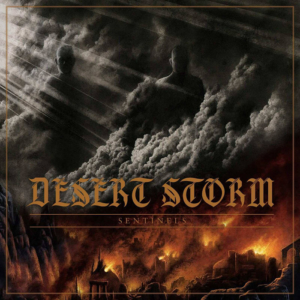