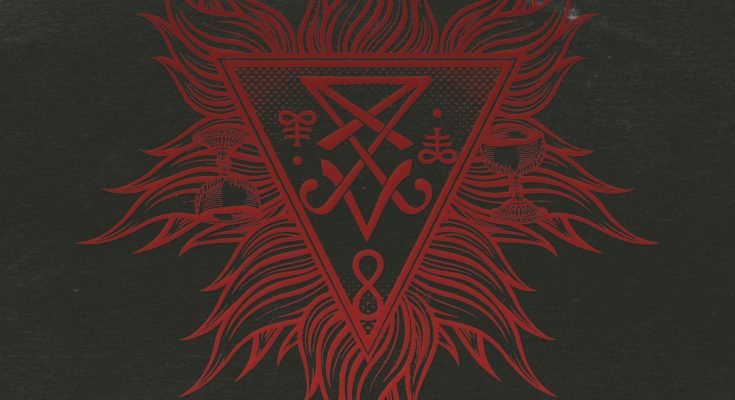 Devil Worshipper is another creation from extreme metal multi-talent Matron Thorn, who has a seemingly endless stream of highly valued musical projects. If you’re familiar with this guy’s work, you already sort of know what to expect. For those who are dropping by for the first time, buckle up. Because this is no “easy” music, as is none of the children sprouting from his creative brain.

And also the debut full-length of Devil Worshipper, ‘Music for the Endtimes‘ is one hell of a demented ride that is steeped into a crazed and emotional atmosphere. To me it came across as if a lot of the focus on the release was on the psychotic vocals. Fr. A.A. and additionally Erethe Arashiel have done a remarkable job in translating the needed depth and emotions into the vocal part. There’s a range from demonic growls and shrieks to very unsettling clean vocals and background hisses, growls, snarks and whispers. Making the whole vocal department to be a very schizophrenic experience where it almost seems as if you’re inside the head of a deeply disturbed multi-personality individual.

The music itself, completely written by Matron Thorn, is some of the most desperate, depressing and anxiety-inducing black metal I’ve heard in a while. Mind you, that is a really good thing here. While not necessarily being on the forefront, the music is an integral part of each and every composition, setting a perfect mood and atmosphere for the frantic vocals. It’s unpredictable and chaotic, but somehow manages to create a balance throughout the record and make the tracks sort of grounded despite constantly being on the brink of chaos. The regularly used samples only add to the haunting atmosphere of the whole thing.

Devil Worshipper pulls you into a rather unsettling realm of chaos and dark emotions with their debut ‘Music for the Endtimes‘. It’s offputting but at the same time tempts you to engulf yourself completely into their demented world. It has an atmosphere that manages to catch you unaware and will creep you the fuck out if you’re not expecting this. The perfect soundtrack for the end of this world, I’d say. I’m curious to see what other eerie and haunting work will come from this outfit still.