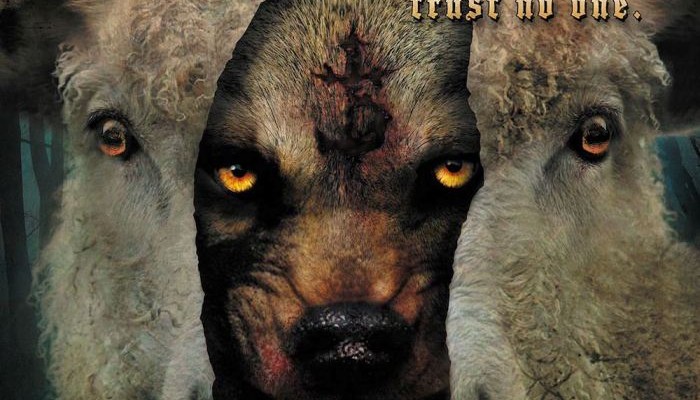 In our little metal world, DevilDriver is a name that rings a bell with most metalheads. Shortly after the break-up of Coal Chamber, 13 years ago, Dez Fafara popped his head back up with this completely new outfit. On their eponymous debut album you still heard quite some hints from Coal Chamber but with what seemed like a much more straightforward thrashy/melodic death metal vibe to it. Quite soon they became notorious for their Californian groove metal on speed and the huge circle pits they created at live gigs. About 3 years ago however, most of the band members turned their backs to DevilDriver. After going on the road for a bit with Coal Chamber, Dez found 3 new members and with an almost completely new line-up they created the 7th album Trust No One.

Don’t go expecting a completely different sound here with the new line-up. Dez and guitarist Mike Spreitzer have clearly held the reigns pretty tight and kept the music in their comfort zone of what they know they do good. Compared to their last album before this release (Winter Kills), which was more moody and a bit lower paced, they seem to have picked up a higher gear in most songs. The culprit behind this slight change is most likely their new drummer Austin D’Amond (Chimaira, Bleed The Sky), which delivers some pretty decent beating that pushes the songs forward. Like I said already, there’s nothing new and exciting to be found here. What does kind of thrills me, is here and there a hint of the good ol’ Coal Chamber. For instance My Night Sky‘s beginning immediately made me think back to their music and so does most of the rest of the song. The voice and pounding slower riffs really hit home on that level. Their overall sound is a quite digestible kind of metal with a heavy groove that doesn’t bring much complexity to it. Just the DevilDriver like we know. If you’re into having a bit of a good time, want to headbang to some cool riffs and drums or shout along to work out some frustrations, you’re at the right spot here!

Talking about those frustrations, lyrically it’s quite clear that this time Dez has been inspired by the feelings brought up by being abandoned by certain former friends and associates. He’s angry, hurt and has a thirst for revenge. With songs like Bad Seed (“you’re a bad person; bad deeds, bad karma; bad seed; stay away from me”), This Deception (“This deception it cuts so deep”), Above It All (“I took you into my house and let you in, like family, just like a friend! Thought I knew you and even more till I saw your face then I wanted no more!”) and most of the others, he makes clear what he thinks of the betrayals he experienced. The cover (a wolf breaking out his sheep’s clothing) and album title Trust No One only supports my observation.

As a Coal Chamber and DevilDriver fan of the first hour I’m ok satisfied with this album and so will probably the big fans. Though I have to admit that the album doesn’t really makes me excited and go like “yeah! awesome!”. There are some really nice songs to be found and nice parts that would probably come across even better live, but I want more! I sort of hope that on future releases they will try to be a bit more adventurous in their song writing. Though hey, you don’t hear me complaining, Trust No One is still a killer metal album that deserves a 7,5/10.