Home Reviews Releases Diabulus In Musica – Dirge For The Archons 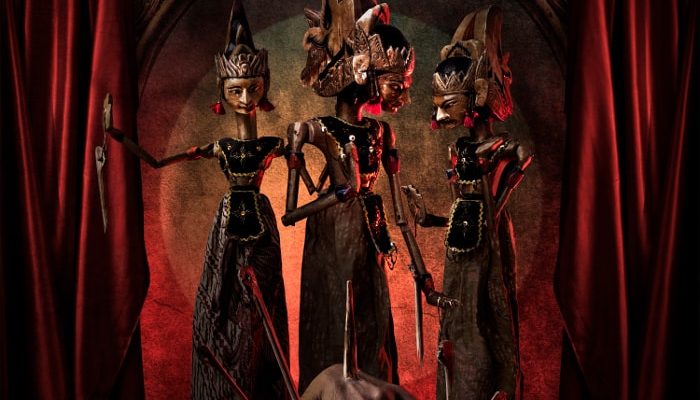 Spanish Diabulus In Musica has been consistently delivering strong symphonic metal for the past ten years. Now they’ve brought forth album number four: Dirge For The Archons, which promises a fantastical story in the title alone. Being one of the biggest and best (if not as good as the only) symphonic metal band ranging from Spain, the expectations for this release are of course great.

As is standard with a symphonic metal release, the album gets a classical sounding intro with Battle of Atlantis. In the following first proper song Earthly Illusions they immediately kick off strongly with some really cool, heavy metal guitar riffing combined with an epic symphonic sound including a bit of choir. This sounds promising, I must say… I actually couldn’t help myself but nod along to the music instantly. Zuberoa Aznárez‘s vocals are very typical female-fronted symphonic metal, but damn strong from the get-go. And the little midsection in which the choir gets a more prominent spot in the composition makes me really interested in the rest of this album. Their single Invisible is a really pleasant song as well, with a way more intimate but at the same time very theatrical feel to it with the classical almost opera-like vocals by Zuberoa.

Next track Crimson Gale embodies everything that the typical “Beauty and the Beast” sort of symphonic metal is: heavy, powerful riffs, often almost opera sounding female vocals combined with male (death metal) grunting and choirs. A great track yet again, showing the massive amount of skill that is contained by this band. It’s a trick they don’t repeat often really, which I think is a bit of a pity ’cause I like the dynamics between the two different vocal styles.

After one of their stronger songs on the album, comes a track that kind of annoys me. I get their try to have a repeating, almost magically enchanting thing going on in Ring Around Dark Fairies’ Carousel, but somehow the vocals in this just get on my nerves if I focus too much on the song. A bit of a letdown on the album for me personally, which is for the rest of the time quite strong and consistent. There are some flutes, bagpipes, some more choirs,… all in all a really decent symphonic metal album. Another song that caught my attention is A Speck In The Universe. This song is a really nice, intimate and emotional ballad that shows that Diabulus in Musica can do more than only epic and theatrical songs.

Dirge For The Archons is a really strong female-fronted symphonic metal record by a band that definitely belongs to the higher regions of the genre alongside bands like Epica, Nightwish and Delain. Diabulus In Musica is definitely a band for you if you are a fan of this kind of music. Don’t hesitate to get this album if it feels like I’m talking to you personally…