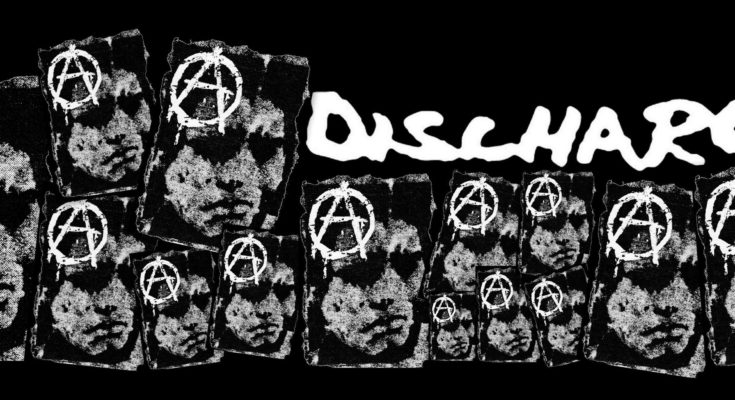 They were supposed to play last Fall in Finland, but a medical issue prevented them from actually making it. The UK hardcore legends Discharge are back in town! As one of the instigators of D-beat music, many big bands call them a huge influence. They never had huge commercial success, but rather maintained their raw, pure and energetic music, never failing us one bit. A good show to get warmed-up properly for the rest of the year…

First act was the Finnish Kovaa Rasvaa and a big unknown for me. I assumed since they were opening for Discharge that they’d at least be somewhat in the direction of hardcore music. When the 3 girls and 1 guy came on stage, with vocalist Kerttu wearing a surprisingly colorful knitted sweater, I still had no clue what was coming for me. When drummer Otto signed he was ready, in came the bass and guitar for a pleasantly aggressive sound. And then Kerttu opened up her mouth and simply blasted away any doubts I may have had. They blasted through their songs like a whirlwind and Kerttu shouted the longs out of her body like she had to cough up some inner demons. Quite soon a small moshpit came to life, feeding on the aggressive and fast-paced energy radiating from the stage. What a riot!

As soon as vocalist “JJ“, guitarist “Bones“, for the occasion bassist “Tezz” (since “Rainy” was missing from the night’s line-up) and drummer “Proper” came on stage, a roaring welcome came into their direction. Which Discharge responded to by immediately engaging in the signature D-beat hardcore wall of sound they are so well-known for. This legendary outfit knows how to smash it on stage and did so from start to finish. In true hardcore style, there was a moshpit, stagedivers and crowdsurfers with “JJ” riling the crowd up even more by running around on stage with clearly build-up tension, frustration and aggression that needed to be ventilated, but at the same time managing to create a sense of brotherhood and unity.

The crowd right in front of the stage was a pulsating maelstrom of bodies, raised fists and shout-a-longs. Letting the little bombshell off that is Discharge, resulted in them nearly literally destroying the place, with some of the light fixtures being pulled down by crowdsurfers. With a mix of old, new and classics there was something for everyone on the setlist and they demanded your attention so much that suddenly it was over and you’re left behind confused about what just happened. If you’re into hardcore and Discharge is coming to your neighborhood, DON’T hesitate a second and go.